ll the doctor’s tricks were failing him. He’d tried neck massage, pressure to the eyes, ice on the face. But an hour in, Ashish Jha still couldn’t slow his racing heart.

His wife asked what he’d recommend if a patient called with the same problem. “I said, ‘Oh, that’s easy.’ Go to the emergency department.”

As a physician, Jha knew this tachycardia could possibly lead to a heart attack. Yet he felt caught by a decision he’d made in enrolling his family in a so-called high-deductible insurance plan. Such plans are an increasingly common type of coverage for millions of Americans, offering lower premium costs in exchange for higher out-of-pocket expenses. The Harvard University health policy researcher had chosen his — with its $6,000 deductible — as a kind of personal experiment in better understanding how that tradeoff influences health.

And now, when faced with the prospect of paying thousands of dollars for an ER visit, Jha stayed home.

“I should have gone to the hospital,” he recounted recently. But “I knew there was a big bill waiting for me if I did, and I rolled the dice.”

At least 46 million Americans have health plans with deductibles of $1,000 a year or greater, according to Paul Fronstin, director of the health research and education program at the Employee Benefit Research Institute. That number represents 25 percent of employees compared with just 4 percent a decade ago. Some people are given no option by employers trying to shift rising health costs to workers. Others choose the coverage — which is popular on the Affordable Care Act insurance exchanges — for the lower premium payments.

Understanding high deductibles — including whom they help and whether they control short- and long-term spending — is part of Jha’s research on health costs and quality of care. That was the motivation behind his experiment, to “get out of the ivory tower and understand what it’s like to live with one of these,” as he put it.

In his case, the answer was clear: While his decision to avoid the ER saved the health system money, it was unwise from the perspective of patient care.

Studies dating to the 1970s have consistently shown that when consumers must spend a big chunk of their own money on their care, they can cut back by as much as 15 percent. That slowdown happens fast, dropping like a health care guillotine.

The question researchers still are weighing, though, is what consumers slice off. Do they stop filling name-brand prescriptions when equally effective generics are available?

Or do they avoid critical care, as Jha did in staying home instead of heading to the hospital?

“What I take away from [his] story,” said Amitabh Chandra, a friend and fellow Harvard health policy economist, “is that simply calling the patient a consumer doesn’t make buying health care anything like buying cars and computers.” 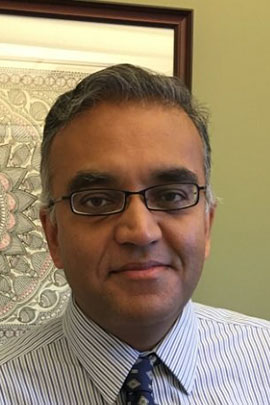 Workers — both the healthy and the sick — skipped out on care indiscriminately. “Prevention, imaging or drugs, consumers were cutting back on all those,” Chandra said.

“That’s a sign they don’t really know what care is valuable and what care isn’t valuable.”

High-deductible supporters argue that consumers need time to adapt and more tools that will help them price-shop effectively.

The researchers considered that, too. The company put $3,750 into a health savings account for each employee and provided a state-of-the-art online tool to compare prices for tests, doctor’s appointments and other services. “We found no evidence that consumers were learning to price-shop after two years of high-deductible coverage,” Chandra said. “None.”

High deductibles can be particularly dangerous for poor or chronically ill consumers, he noted. “First they get hit with the illness. And then they get hit financially and cognitively with the demands of having to figure out where they should go for care.”

University of Minnesota economist Stephen Parente, who is working closely with congressional Republicans to build whatever replaces the Affordable Care Act, says high deductibles must be tweaked. He would like to see a standard insurance policy carry at least a $5,000 individual deductible but provide special exceptions for care for people with chronic conditions such as diabetes and asthma.

Some 117 million adults have such conditions, which become more expensive if left untreated. For them, self-rationing could compromise their health as well as further drive up spending.

Parente has teamed up with Mark Fendrick, a health policy professor at the University of Michigan, to develop a “version 2.0,” which would allow people dealing with chronic disease to access certain preventative services before they meet their deductible cap. Fendrick calls it a “high-value health plan.”

Jha and his wife agreed to extend his experiment into a second year. Since his heart scare, his cardiologist has increased his medication and discussed a procedure that would likely end the tachycardia entirely. He admits he would have already scheduled the appointment except for that same high deductible.

“I can step back and be completely clear what the right answer here is,” Jha said.

“I should go get the procedure. But it’s hard to be rational about this stuff.”

This story was done in partnership with Marketplace and Kaiser Health News, an editorially independent program of the Kaiser Family Foundation.

With A High Deductible, Even A Doctor Can Shortchange His Health