It was dusk as Oakley Yoder and the other summer camp kids hiked back to their tents at Illinois’ Jackson Falls last July. As the group approached a mound of boulders blocking the path, Oakley, then 9, didn’t see the lurking snake — until it bit a toe on her right foot.

“I was really scared,” Oakley said. “I thought that I could either get paralyzed or could actually die.”

Her camp counselors suspected it was a copperhead and knew they needed to get her medical attention as soon as they could. They had to keep her as calm and motionless as possible — the venom could circulate more quickly if her heart raced from activity or fear.

One counselor gave her a piggyback ride to a van. Others distracted her with Taylor Swift songs and candy as the van sped from their location in a beautiful but remote part of the Shawnee National Forest toward help.

First responders met them and recommended Oakley be taken by air ambulance to a hospital.

The helicopter flight transported Oakley 80 miles from a school parking lot just outside the forest to St. Vincent Evansville hospital in Indiana, where she received four vials of antivenin and was then transferred to Riley Hospital for Children in Indianapolis for observation.

Her parents, Josh Perry and Shelli Yoder, were already in bed that night when they got the call about what had happened to Oakley. They jumped in the car and arrived at Riley about two hours before their daughter. Once she made it, doctors closely observed her condition, her toe still oozing and bruised. By lunchtime, Perry said, physicians reassured the parents that Oakley would be OK.

“It was a major comfort for me to realize, OK, we’re getting the best care possible,” said Perry, who is a health care ethics professor at the business school at Indiana University Bloomington. Less than 24 hours after the bite, Oakley left the hospital with her grateful parents.

Then the bills came. 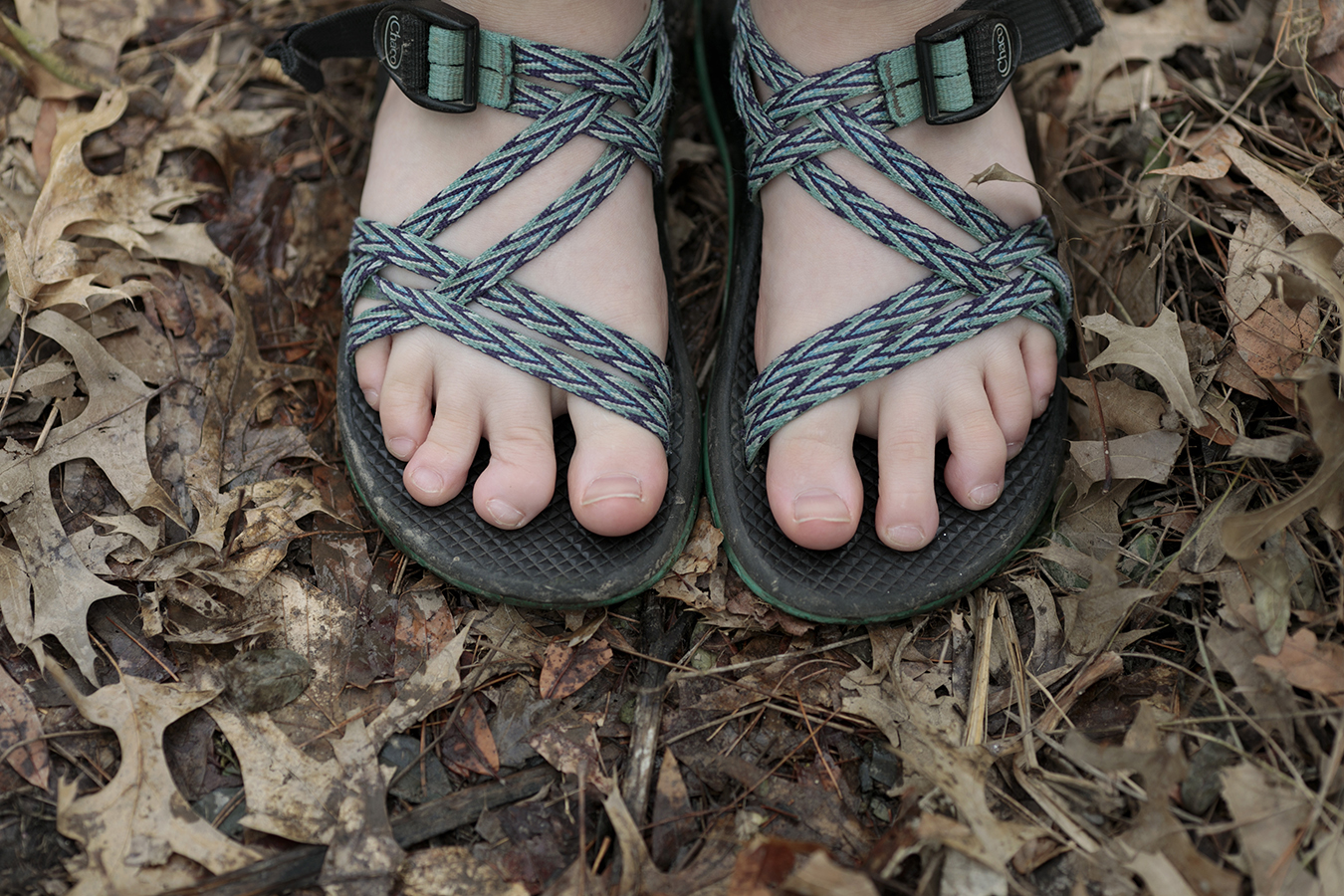 Oakley Yoder shows her now-deformed toe after a snake bit her at an Illinois summer camp in July 2018. These are the same shoes she wore when bitten. (Chris Bergin for KHN)

Patient: Oakley Yoder, now 10, of Bloomington, Ind. Insured through Indiana University Bloomington, where her father and mother work as faculty.

Total Bill:$142,938, including $67,957 for four vials of antivenin. ($55,577.64 was charged for air ambulance transport.) The balance included a ground ambulance charge and additional hospital and physician charges, according to the family’s insurer, IU Health Plans.

What Gives: When bitten by a venomous snake, there is no time to waste. If left untreated, a venomous bite can cause tissue damage, hemorrhaging and respiratory arrest. Children tend to experience more severe effects because of their relatively small size.

CroFab has dominated the U.S. market for snake antivenin since its approval in 2000. When Oakley was bitten, it was the only drug available to treat venomous bites from pit vipers. (Oakley probably was bitten by a copperhead snake, a type of pit viper, the camp directors told her parents.)

In short, the drugmaker, London-based BTG Plc, essentially had a monopoly.

The average list price for CroFab is $3,198 per vial, according to the health care information tech company Connecture. Manufacturing costs, product improvements and research all factor into the drug’s price, said Chris Sampson, spokesman for BTG.

A Mexican version of snake antivenin can cost roughly $200. But it couldn’t be sold in the U.S. (More about that in a moment.)

Dr. Leslie Boyer, founding director of the VIPER Institute, a venom research center at the University of Arizona, acknowledges that some of the price in the U.S. can be attributed to strict Food and Drug Administration requirements for testing and monitoring.

But more than that, she added: “It’s a profitable drug, and everyone wants a piece of it.”

She should know: Funded by government grants and at times working with colleagues over the border in Mexico, her group was instrumental in developing CroFab.

Antivenins were first developed more than a century ago. Although CroFab is safer and purer than antivenins of the past, the process — while labor-intensive — remains fundamentally the same. Snakes, spiders and other creatures are milked for their venom, then a small amount of the toxin is injected into animals like horses or sheep. They then make antibodies without falling ill, and the protective molecules are extracted from their blood and processed to make antivenin.

Despite the longtime use of antivenins, CroFab and other such products remain a lucrative prospect for manufacturers. Who wouldn’t pay top dollar for an antivenin when their child has been bitten by a venomous snake?

What patients pay for CroFab can widely vary. Treatment may require a few vials or dozens of them — it depends on factors like the size of the patient, the potency of venom in the bite and how quickly the patient is treated. The more antivenin needed, the higher the cost.

But hospitals also jack up the price, even though some of these facilities purchase the drug at a discount, said Dr. Merrit Quarum, chief executive officer of WellRithms, a health care cost containment company.

In Oakley’s case, St. Vincent Evansville hospital charged $16,989.25 for each unit of CroFab, according to the facility’s bill. That’s more than five times as high as the average list price.

In a statement, St. Vincent Evansville noted that the family was not responsible for that full tab and instead was expected to pay less than $3,500. But the facility appears to have since lowered its price for CroFab. According to its price list — posted online to satisfy a recent federal requirement — the drug now costs $5,096.76 per vial.

And the snake antivenin market now has another drug competing for patients: Anavip. The Mexican product — launched in October — has a list price of $1,220 a vial in the U.S, a fraction of what Latin Americans pay for it, according to Rare Disease Therapeutics, which distributes the drug in the U.S.

Anavip’s arrival was stalled by a lawsuit filed by BTG in 2013 that claimed the drug infringed on its patent.

The drug’s true effect on the market remains unclear. CroFab and Anavip are not entirely interchangeable. (The FDA hasn’t approved Anavip for copperhead bites, for instance.) And, as part of the legal settlement, Anavip makers must pay royalties to BTG until the CroFab patent expires in 2028. 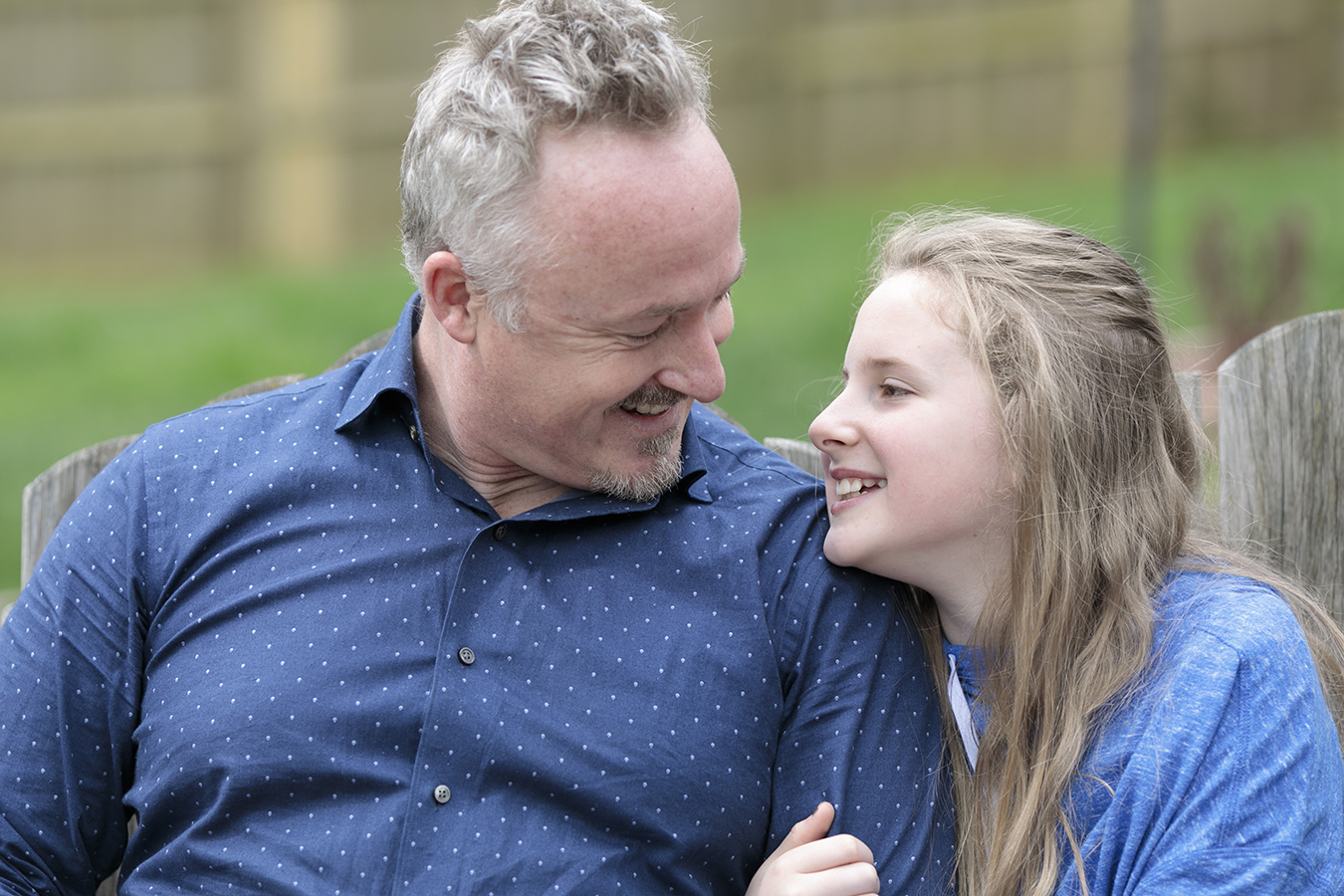 Yoder’s father, Josh Perry, teaches a class on the ethics of health care finance at Indiana University, yet he said the cost of Oakley’s care shocked him. (Chris Bergin for KHN)

Resolution: The insurer, IU Health Plans, negotiated down the antivenin and air ambulance charges and ended up paying $44,092.87 and $55,543.20, respectively. After adjustments to additional bills, IU Health Plans paid a total of $107,863.33. Oakley’s family did not pay a dime out of pocket for her emergency care, but such high outlays contribute to rising premiums.

Secondary insurance offered through the summer camp covered $7,286.34 in additional costs that otherwise would have come out of Perry and Yoder’s pockets for their deductible and coinsurance. The policy covers up to $25,000 in damages.

Oakley’s foot is healed, but her toe bends slightly downward and is sensitive to pressure. She intends to return to the same camp this summer.

Perry teaches a course on the ethics of the health care industry, and yet he said the cost of Oakley’s care shocked him. But he is aware of how rarely a patient ends up paying nothing for health care. “I know that in this country, in this system,” he said, “that is a miracle.”

Takeaway: Hospitals and insurers can negotiate; snakes don’t. If you’ve been bitten by a snake, “take care of your injury,” said Boyer. Don’t wait while you worry about the cost.

When you get a bill, compare what the facility charged against other health care providers’ prices using their public charge lists online. Cost estimation tools like Fair Health Consumer or Healthcare Bluebook allow you to see how your bill compares with the average.

Momentum is growing for government action on drug prices. In states and in Congress, various proposals have been floated, which include: allowing Medicare to negotiate drug prices, tying the U.S. price of expensive drugs to the average price in other developed countries and allowing the government to inject competition into the market when there is none — such as by speeding generic drug approvals or allowing imports.

Consumers should keep an eye on these proposals as they move through the political process.