‘We’re Coming for You’: For Public Health Officials, a Year of Threats and Menace

Local health officials have become the face of government authority as they work to stem the pandemic. That has made them targets for chilling threats from some of the same militia groups that stormed the U.S. Capitol. Santa Cruz leaders are among those whose daily routines now incorporate security patrols, surveillance cameras and, in some cases, firearms.

Can the US Keep Covid Variants in Check? Here’s What It Takes

The U.S. has fumbled almost every step of its public health response in its battle against covid-19. Experts say that must change if we’re going to outflank the variants emerging as the virus continues to mutate.

In California, the largest vaccination campaign in U.S. history is run largely by the same overworked and underfunded local health departments tasked with covid-19 testing and contact tracing. It’s a daunting undertaking as the pandemic continues to surge.

‘Nine Months Into It, the Adrenaline Is Gone and It’s Just Exhausting’

A UCSF emergency room physician reflects on California’s response to COVID-19 and on lessons learned — or not — as the coronavirus makes its second devastating surge.

At least 181 public health leaders in 38 states have resigned, retired or been fired amid the turmoil of the pandemic. The departures come as backlash against public health is rising with threats to officials’ personal safety and legislative and legal efforts to strip their governmental public health powers.

As Broad Shutdowns Return, Weary Californians Ask ‘Is This the Best We Can Do?’

California’s ping-ponging approach to managing the pandemic — twice reopening large portions of the service sector economy only to shut them again — has residents and business owners on edge. But experts say the push and pull on businesses may be what success looks like in much of the U.S. for months to come, given COVID-19’s pervasive spread.

This was supposed to be the year California finally did something about its homelessness epidemic. COVID-19 upended that promise, along with the cobbled-together services many homeless people rely on for survival. Interviews across the state reveal a new magnitude of hardship and indignity for tens of thousands of people living on the streets.

Democratic California Gov. Gavin Newsom expanded a confidential address program to public health officials in the wake of ongoing threats made against them tied to pandemic safety precautions such as masks and stay-at-home orders. 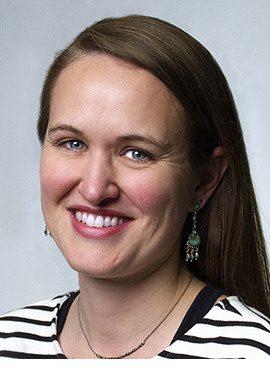 Anna Maria Barry-Jester, Senior Correspondent, is an enterprise reporter focusing on health disparities, public health and health care. She was previously a reporter with FiveThirtyEight, Univision and ABC News, and a freelance photographer and videographer. Her reporting on firearm deaths for FiveThirtyEight won the 2017 Communications Award from National Academies of Sciences. An investigation into an international epidemic of chronic kidney disease for the Center for Public Integrity won awards from the Society of Professional Journalists, the Sidney Hillman Foundation and the Society for Environmental Journalists. She has a master’s degree in public health from Columbia University and is a native of Michigan.