Following a February KHN investigation into covid vaccine accessibility, the Department of Justice reached an agreement with five New York government agencies to make their websites accessible to people who are visually impaired.

Covid Is Killing Rural Americans at Twice the Rate of Urbanites

At least 26 states have passed laws to permanently limit public health powers, a KHN investigation has found, weakening the country’s ability to fight not only the current resurgence of the pandemic but other health crises to come.

After months of burnout from the pandemic, hospitals are scrambling to fill nursing and other jobs. Some administrators, particularly in rural areas, are afraid to implement vaccine mandates that alienate their short-handed staffs.

At the center of the nation’s delta variant outbreak, public health efforts are mired in a political turf war.

Thousands of schools have spent millions of federal covid relief dollars snapping up air cleaning technology that claims to inactivate covid-19. But the devices fall into a regulatory gap.

Boeing Tested Air Purifiers Like Those Widely Used in Schools. It Decided Not to Use Them in Planes.

The technology that schools have been snapping up in the fight against covid “has not shown significant disinfection effectiveness” to install on its planes, Boeing found. Now the company’s study is being debated in a proposed class-action suit.

By Hannah Recht and Rachana Pradhan and Lauren Weber May 20, 2021

As Schools Spend Millions on Air Purifiers, Experts Warn of Overblown Claims and Harm to Children

By Lauren Weber and Christina Jewett May 3, 2021

A KHN investigation found that more than 2,000 schools have spent millions of dollars for systems, lured by air purifier companies’ claims that experts say mislead or obscure the potential for harm from toxic ozone. 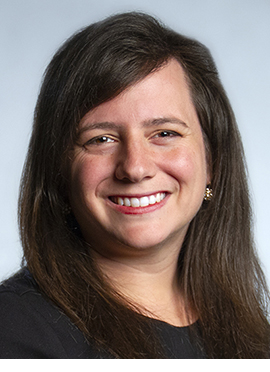 Lauren Weber, Midwest correspondent for Kaiser Health News, is covering how America’s health system is working — and not working — for patients in that region. Based in St. Louis, her hometown, she tackles everything from rural hospital closures to health system consolidation to state and national reform promises made on the 2020 campaign trail. Formerly a health policy reporter for HuffPost based in Washington, D.C., she has covered a wide variety of topics including Ebola and hepatitis A outbreaks as well as the health of migrant detainees. While at HuffPost, she also created “The Morning Email,” a weekday rundown of the news, and served as the voice of HuffPost on Amazon Echo. She was a 2017 USC Annenberg Health Journalism National Fellow.