He couldn’t find a job and sometimes went hungry until friends introduced him to Project Open Hand, a nonprofit organization that began serving free, nutritious meals to HIV patients in 1985.

The people there “were like angels from the sky,” said Guzmán, 50, who went home from his first visit with vegetables, eggs, bread and beans. He continues to receive medically tailored meals from the group.

Project Open Hand cooks 2,500 meals and provides 200 bags of groceries to sick patients every day, part of its mission to help them get healthier and stay motivated to battle their diseases. The organization has expanded beyond HIV to feed people with other chronic illnesses, including diabetes and kidney failure, and it also delivers food to adults with disabilities. 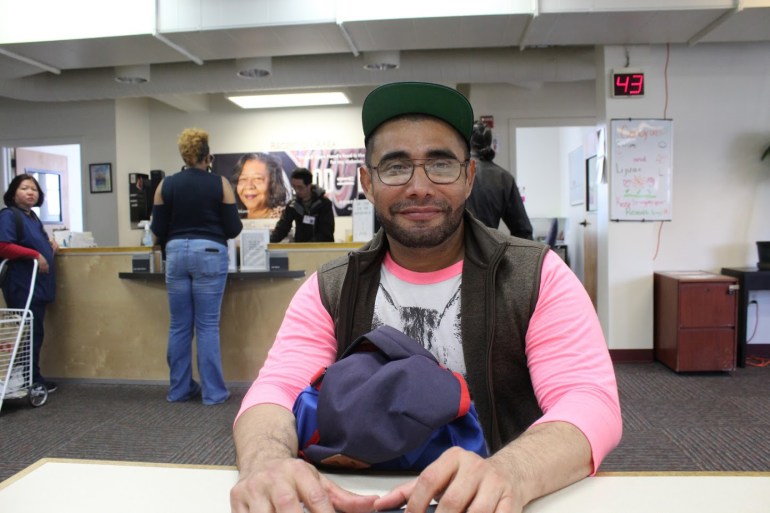 Federico Guzmán, who has AIDS, has been receiving meals and groceries from Project Open Hand for 26 years. (Kellen Browning/California Healthline)

The state government recently awarded $6 million to Project Open Hand and similar nonprofits to provide these services to sick Californians covered by Medi-Cal, the state’s version of the federal Medicaid program for low-income people.

The three-year pilot program, which begins in January, was included in the recently adopted 2017-18 state budget. Project Open Hand will lead the effort, which involves five other food nonprofits across California.

Through the initiative, nonprofits will be able to identify heavy Medi-Cal users — in particular, chronically ill patients who are readmitted to the hospital for preventable reasons within 30 days of being discharged, said Project Open Hand CEO Mark Ryle.

The pilot program will debut at hospitals, doctors’ offices and clinics in San Diego, Los Angeles, San Jose, San Francisco, Oakland and parts of Sonoma and Marin counties. It will target locations with a large number of patients who are hospitalized frequently, said Project Open Hand’s director of communications, Delfin Vigil. 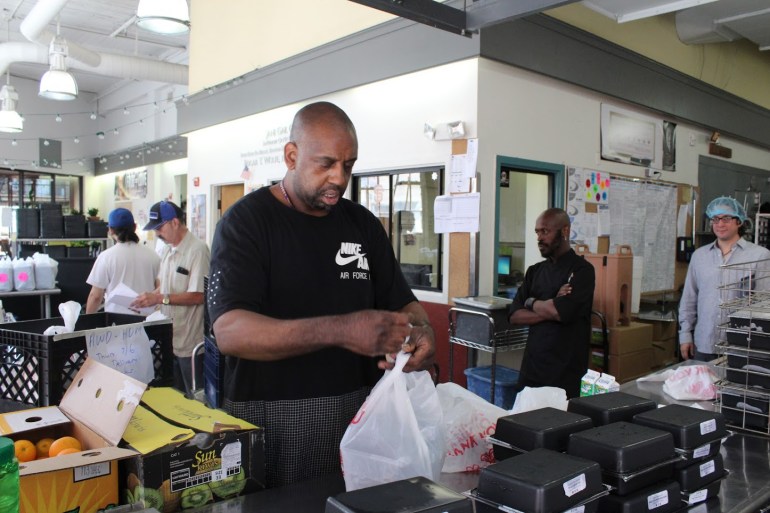 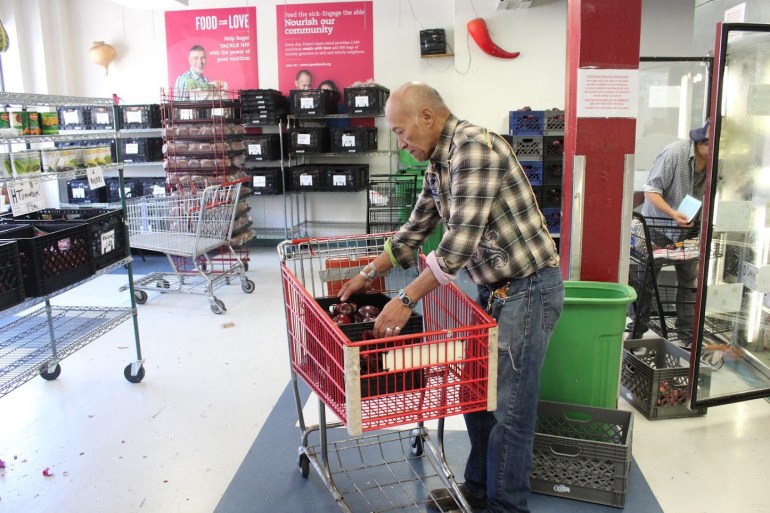 The meals will be custom-made for each patient’s medical condition.

For example, a patient with diabetes, who requires a diet low in carbohydrates and saturated fats, might receive chicken stew with chickpeas, whole wheat couscous and roasted broccoli.

Details of the project, including the specific hospitals and clinics where food will be available, are “still in the planning stages,” said Anthony Cava, a spokesman for the Department of Health Care Services, which administers Medi-Cal.

“Over the next three years, we hope that this program will help improve the health and quality of life of Medi-Cal recipients who are chronically ill by providing them with nutritionally rich meals tailored to their condition,” added Carol Sloan, a DHCS spokeswoman.

The department will measure the program’s success by analyzing its participants’ hospital readmission rates, stays at long-term care facilities and emergency room use, Cava said.

The experiment aims to replicate the findings of a University of California-San Francisco study published in the Journal of Urban Health in January.

The study, which tracked 52 Project Open Hand clients with HIV and diabetes for six months in 2014 and 2015, found a 63 percent drop in hospitalization, a 58 percent decline in emergency room visits and a 50 percent increase in medication adherence among participants.

Because of the small sample size, the results are not statistically significant, but the success of the treatment is promising, said Kartika Palar, one of the UCSF researchers.

The cost to feed each participant in the study was $1,184 over six months. By comparison, San Francisco hospitals charged patients an average of $5,761 per day in 2015 for overnight stays, according to the Office of Statewide Health Planning and Development.

DHCS doesn’t know how much money this program might save, but Ryle thinks it could be a significant amount, based on a study of a similar effort in Philadelphia. The study showed that the average monthly health care costs for 65 chronically ill participants dropped by 28 percent during the first six months they received healthy food, compared with the prior six months.

Organizations like Project Open Hand have known for some time that their work “was making a difference in patients’ lives,” said Dr. Rita Nguyen, a former UCSF professor now with the San Francisco Department of Public Health.

“There was a lot of anecdotal evidence that folks were getting stronger, able to take their medication and doing better overall,” she said.

On a recent day at Project Open Hand, located in San Francisco’s Tenderloin district, longtime patient and volunteer Mario Galande took a break in the staff lunchroom after stocking the shelves of the group’s free grocery store. 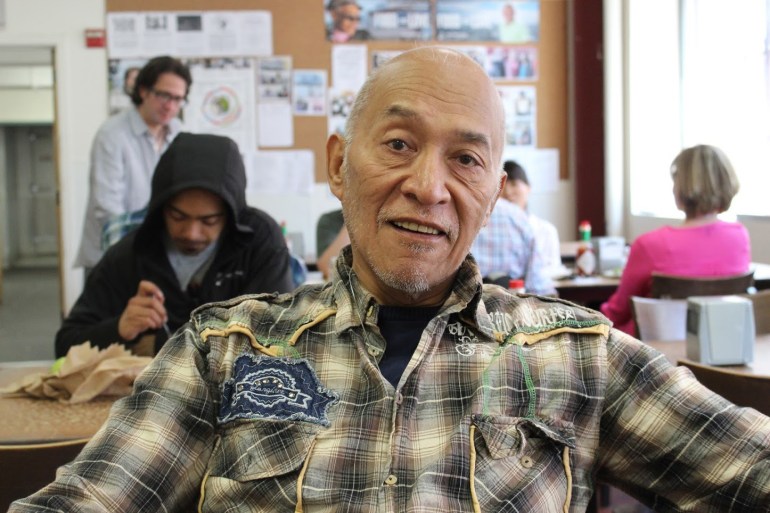 Galande, who has AIDS and diabetes, has been receiving meals and groceries from the nonprofit for 20 years. (Kellen Browning/California Healthline)

Galande, 66, has been working at the nonprofit since he regained the weight he lost from wasting syndrome, a symptom of AIDS, 20 years ago.

The San Francisco resident lost 45 pounds before his friend “dragged me to Project Open Hand.” Once he started getting hot meals delivered daily, Galande recovered quickly.

“It was the food that got me going,” said Galande, who began volunteering there soon after. “I needed to help others.”

Nguyen, who teams with Project Open Hand on a separate program that provides healthful meals to heart failure patients after they are discharged from the San Francisco General Hospital, thinks the Medi-Cal partnership is an encouraging step.

“I see it as a huge opportunity for health care to stand up, to say that they have a role in food security and in healthy eating … rather than relying on purely medications or expensive procedures to actually keep communities well,” she said.

Guzmán, the San Francisco resident who discovered Project Open Hand more than two decades ago, is now managing his AIDS as a chronic disease. He has eaten the group’s nutritious meals for 26 years.

“Thanks to them, I keep my health better,” Guzmán said. “And I can go on with my life.”