Californians, be warned: A new state law could make you liable for a hefty tax penalty if you do not have health insurance next year and beyond.

But some of you need not worry: The law contains several exemptions that will allow certain people to avoid the penalty, among them prisoners, low-income residents and those living abroad.

“It will be really important that people get clear guidance and instruction to make sure they don’t inadvertently pay a penalty when they are eligible for an exemption,” says Laurel Lucia, director of the Health Care Program at the University of California-Berkeley’s Center for Labor Research and Education.

California’s penalty is modeled on the one originally in the federal Affordable Care Act. Congress eliminated the federal penalty, effective this year.

The Golden State will join Massachusetts, New Jersey, Rhode Island, Vermont and Washington, D.C., in requiring their residents to have health coverage and dinging those without it.

Most types of insurance, including Medi-Cal, Medicare and employer-sponsored coverage, will satisfy California’s coverage requirement. People who purchase insurance for themselves and their families, either through Covered California, the state’s health insurance exchange, or the open market, will have until Jan. 31 to buy a health plan for 2020.

If you aren’t covered and owe a penalty for 2020, it will be due when you file your tax return in 2021. The penalty will amount to $695 for an adult and half that much for dependent children. Some people with higher incomes instead will have to pay 2.5% of their income, which could make their penalty quite a bit heftier.

Penalty payments are expected to raise $317 million in the first year they are collected, according to the state Legislative Analyst’s Office. The money will help pay for new state subsidies intended to make insurance more affordable for some people.

You won’t have to pay the penalty if you are uninsured for three consecutive months or less during the year, or if you are incarcerated or are Native American. Likewise, if you are in the U.S. illegally.

General hardship exemptions also are available if you are facing personal or family difficulties, including homelessness, domestic violence, bankruptcy, eviction or the consequences of a natural disaster.

And you’re off the hook if your household income is below the threshold for filing a tax return. This was the most common exemption from the federal penalty, according to Internal Revenue Service data based on 2016 returns. It might be even more popular under the California law, since the state’s filing threshold is higher than the federal one, Lucia says.

You can also claim an exemption if you would have to spend more than 8.24% of your income on insurance premiums in 2020. This so-called affordability exemption was also among the most common under the federal law.

How you claim an exemption depends on the type you are seeking.

Covered California will handle three types of exemptions: religious conscience, general hardship and affordability. Each will require filling out a different application, and the applications will be available starting in January, says James Scullary, an exchange spokesman.

For other exemptions, you’ll need to apply when you file your 2020 return with the Franchise Tax Board in early 2021. A tax board spokeswoman promises that “our tax forms and instructions will include information for all exemptions claimed on the tax return.”

You can also apply to the tax board for an affordability exemption when you file your return.

Gerald Kominski, a senior fellow at the UCLA Center for Health Policy Research, says the 8.24% threshold to qualify for the affordability exemption is too high and pushes many middle-class families to pay a penalty even when they are hard-pressed to buy insurance.

Steven Morelock, a resident of Los Angeles, paid hundreds of dollars in federal penalties for several years because he felt too financially stressed to plunk down $250 a month for a high-deductible health plan. He was already shelling out nearly half of his $2,500-a-month salary in rent alone.

“I would have had to change my habits very dramatically,” says Morelock, 41, a labor organizer. “It would have cut the amount of money I had for non-fixed costs by about half.” He finally got employer-sponsored insurance late last year.

Another exemption that has stirred some debate is for membership in a health care sharing ministry — an association of religiously like-minded people, primarily Christians, who cover one another’s medical costs.

Legislators and others who opposed including this exemption in California’s law argued that the ministries are subject to little regulatory scrutiny, the coverage they offer is limited, and it’s not guaranteed. More recently, concerns have arisen about sham ministries engaged in deceptive business practices.

Dr. Dave Weldon, president of the Alliance of Health Care Sharing Ministries, acknowledges some of the limitations and says the organizations he represents “all counsel their members that this is not insurance, there’s no contract, there’s no obligation to pay.” 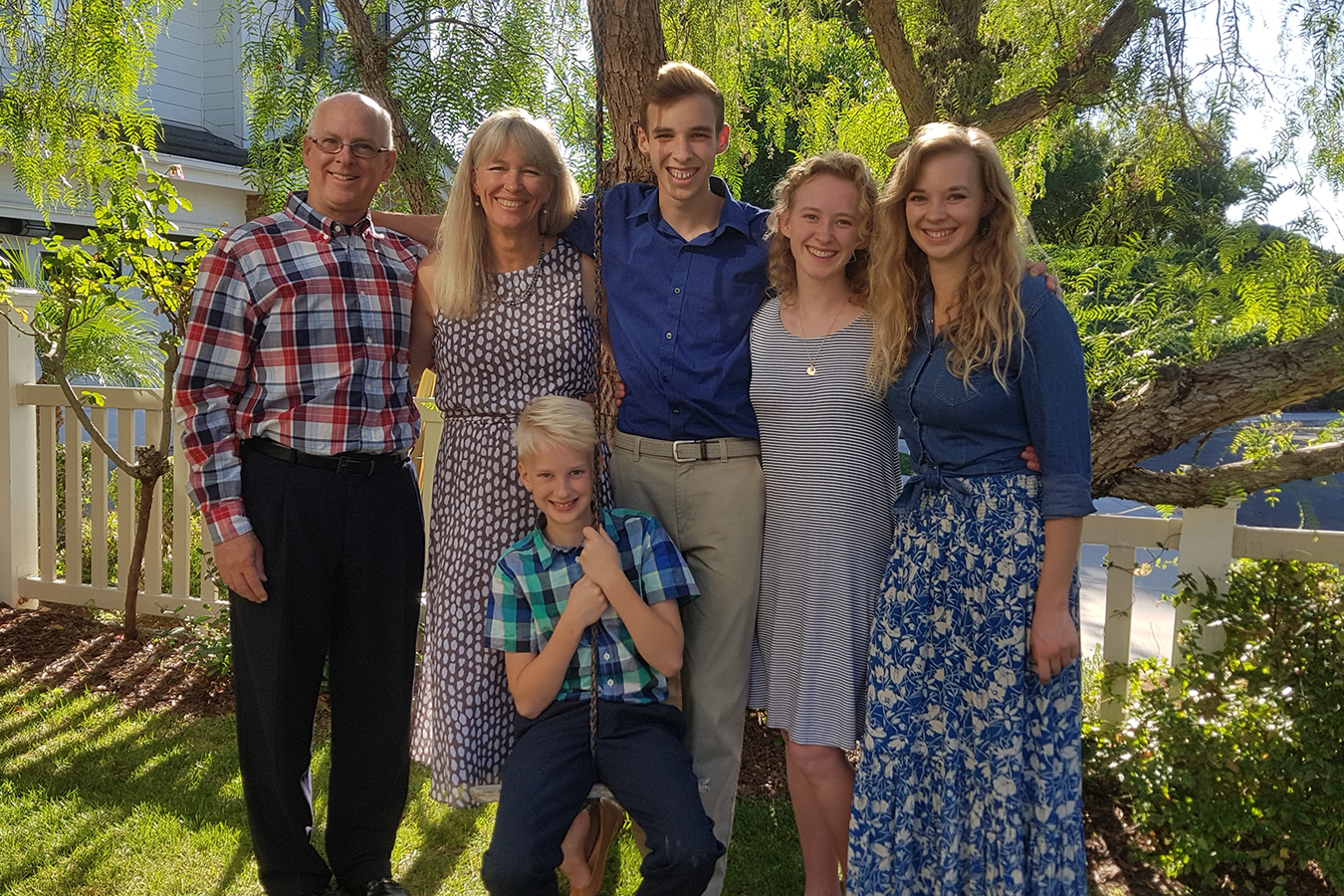 Bob Stedman, pictured with his wife, Teresa Stedman, and four of their five children, says his family was exempt from the federal tax penalty because of their membership in a health care sharing ministry. He plans to take the same exemption under the new California law.(Courtesy of Bob Stedman)

Bob Stedman, 55, says he and his family were exempt from the federal penalty every year because of their membership in Samaritan Ministries International. The Lake Forest, Calif., resident plans to take the same exemption under the California law.

Stedman figures he’s saving about $1,000 to $1,500 a month in premiums compared with regular insurance, and was pleased when the $50,000 bill he received following a stroke was heavily discounted by the hospital and then almost entirely covered by other ministry members. And knowing his money is not being used to finance abortions, which most commercial health plans in California are required to cover, gives him “the benefit of a clear conscience,” he says.

Weldon says the exemption is warranted on those grounds alone. “This nation has a long history of religious accommodation,” he says.

If you’re not sure whether you might qualify for an exemption, you can get more information from Covered California or the tax board.

But don’t limit yourself to those two agencies. Insurance agents and tax preparers across the state are trying to master the details of the new law, and they can help.

For a list of insurance agents whose help is free, log on to the Covered California website and click on “find help” or go to the website of the National Association of Health Underwriters (www.nahu.org) and hit “find an agent.” The California Society of Tax Consultants (https://www.cstcsociety.org/) and the California Society of CPAs (www.calcpa.org) can help you find a tax preparer.

Californians Without Health Insurance Will Pay A Penalty — Or Not