Most of the people running for president say they want to do something about the rising cost of prescription drugs. But most of their proposals probably won’t work because they don’t address the dynamics behind these price increases.

“There’s no magic bullet,” said John Rother, president and CEO of the National Coalition on Health Care, a nonpartisan research group. Solving the problem “will require a whole range of policies.”

It’s pretty obvious why the candidates are all talking about drug prices. Public opinion polls routinely show it as a top issue the public wants addressed. The October monthly tracking poll from the Kaiser Family Foundation found strong majorities of both Democrats and Republicans cited as their top health priorities “making sure that high-cost drugs for chronic conditions … are affordable to those who need them,” and “government action to lower prescription drug prices.” (Kaiser Health News is an editorially independent program of the foundation.)

And the public is correct to worry about drug prices. Drug costs are the fastest growing part of the nation’s health care budget, and account for nearly one of every five dollars spent on employer health insurance benefits.

But it turns out that some of the most visible examples of what some people view as drug industry greed are not what is actually driving those increases.

For example, “pharma bro” Martin Shkreli, the indicted former head of Turing Pharmaceuticals, bought an important but little-used drug (with no generic competition) and increased its price by 5,000 percent (from $13.50 to $750 per pill) overnight. He made even more enemies by invoking his Fifth Amendment right not to incriminate himself at a recent hearing of the House Oversight and Government Reform Committee, then calling its members “imbeciles” in a tweet after leaving the hearing room.


KHN’s Julie Rovner was on WBUR’s Here and Now to discuss the drug cost battle and what candidates are doing about the problem. Listen above.

“He is such a perfect villain,” said Rother. “But there are other” companies that are buying up drugs for which patent protections have expired and jacking up costs, including Valeant, which was also called before Congress to justify its actions.

Still, for all the headlines these price hikers have garnered, “they’re not the ones driving the overall upward costs,” said Rother. That’s because while the anecdotes are shocking, the drugs in question tend to be used by small patient populations, so their total cost is not that much to the health system. 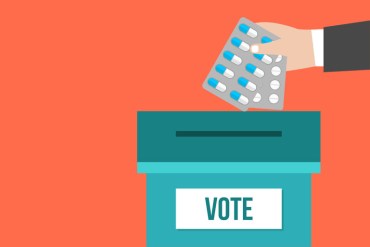 Similarly, said Rother, much attention has been paid to extremely expensive “specialty” drugs to treat complex conditions like cancer or multiple sclerosis. The final products frequently cost from tens to hundreds of thousands of dollars for a course of treatment or even a single dose.

But again, with some exceptions, these drugs are not the principal problem. That’s partly because the number of patients who rely on them for treatment is small relative to the entire population. It’s also partly because most specialty drugs are taken for a short period of time rather than indefinitely. Although, pointed out Rother, “with more and more people in high-deductible health plans,” even asking patients to pay a small percentage of the cost can put the drugs out of reach.

So what IS driving up drug spending? Some specialty drugs — particularly Sovaldi and others that can treat and even cure hepatitis C — can be used by millions of patients, so their $80,000-to-$100,000 price tags quickly make an impact. Those drugs alone were estimated to have added a half a percentage point to the 2014 health spending inflation rate. The drugs’ expense has had such a large impact on state Medicaid programs, which provide health coverage for low-income people, that many have started rationing it.

But by far the biggest impact, said Rother, has come from traditional pharmaceutical companies raising prices on their products across the board. In January, for example, Pfizer raised prices on nearly its entire portfolio. Most of the increases are between five and 20 percent.

So what are candidates proposing?

One popular idea (advocated by Clinton, Sanders and Trump) is to let the federal Medicare program negotiate prices for all, or at least the most expensive drugs. That approach was specifically banned when the GOP Congress added the Part D drug benefit to Medicare in 2003.

While that sounds like a logical way to save money, most experts who have looked at the issue say it might not. The Congressional Budget Office has said that lifting the ban on negotiation “would have a negligible effect” on cost because the federal government was unlikely to obtain significantly lower prices than private drug benefit providers. Even the Obama administration, which proposed allowing Medicare to negotiate for very high-cost drugs as part of its fiscal 2017 budget, estimates no savings from the provision. The only way Medicare negotiation would save money is if the program decided to cover some drugs and not others (which is what the Department of Veterans Affairs does). But that would be sure to trigger an enormous political backlash in Medicare.

Another popular proposal, also among the ideas offered by Clinton, is to cap how much patients have to pay out of pocket for their drugs. A half a dozen states have taken steps in this direction.

But that doesn’t actually lower drug prices, “it’s just a cost shift,” said Alissa Fox of the Blue Cross and Blue Shield Association. “You’re really just requiring everyone else (in the insurance pool) to pay those costs,” which would boost premiums.

Sanders, meanwhile, has been pushing to allow Americans to buy cheaper drugs from other industrialized countries, particularly Canada, for almost as long as he’s been in Congress. His website points out that drug spending in Canada (which has price controls) is 40 percent lower than in the U.S.

But while the idea of letting U.S. consumers piggyback other countries’ controlled prices is popular with the public, it’s not just drugmakers who oppose it. Health officials in every administration from President Bill Clinton to President Barack Obama have warned that the safety of drugs from other countries — even those originally made in the U.S. — cannot be guaranteed.

“Most of this issue involves trade-offs,” said Rother. “You do need incentives [for drugmakers] to produce new drugs.”

Dana Goldman, a health economist at the University of Southern California, agreed. “It’s patient rights versus patent rights,” he said at a recent forum on the issue. While patients want cheap and easy access, he said, “you need incentives to get companies to take the risk in innovation.”

Some other ideas candidates and policymakers have suggested include limiting what drugmakers spend on marketing to patients, something that is not even allowed in many other countries. Other targets include making it harder for drug companies to delay generic drug competition and requiring drugmakers to devote a certain percentage of revenue to research and development.

All, by the way, have been proposed in Congress before. None have come close to passage.