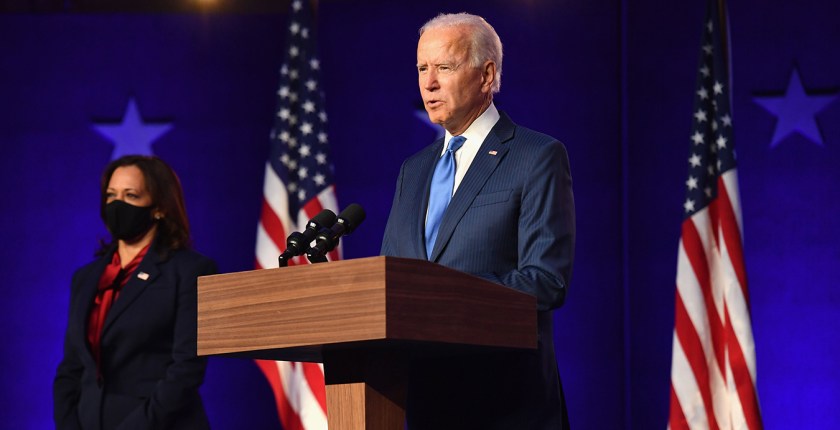 Biden Wins, but His Health Agenda Dims With GOP Likely to Hold Senate

Democrats had hoped not only to defeat President Donald Trump but also to capture the Senate so they could make major policy changes, such as bolstering the Affordable Care Act and reducing the number of uninsured. 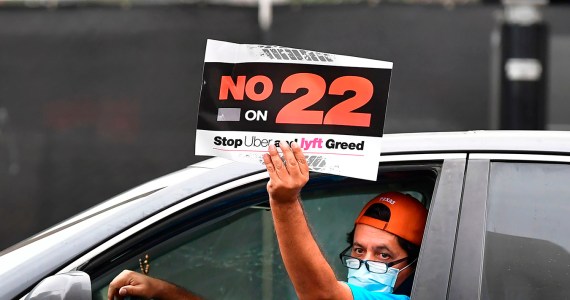 App-Based Companies Pushing Prop. 22 Say Drivers Will Get Health Benefits. Will They?

Ride-sharing and delivery services such as Uber, Lyft, DoorDash and Instacart are bankrolling California’s Proposition 22, which would keep their drivers classified as independent contractors, not employees. But health benefits? That's something of a stretch. 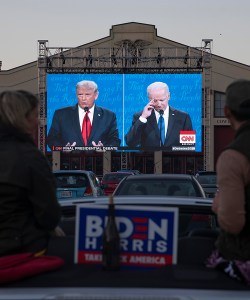 No, the Senate-Passed Reconciliation Bill Won’t Strip $300 Billion From Medicare

Under the Medicare drug negotiations provisions in the reconciliation bill, the federal government would see its outlays reduced by about $300 billion. That reduction wouldn’t result from cuts in benefits. Instead, Medicare would be empowered to leverage its market power to pay lower prices for certain drugs.

KHN’s ‘What the Health?’: Kansas Makes a Statement

In the first official test vote since the Supreme Court overturned Roe v. Wade, voters in Kansas’ primary said in no uncertain terms they want to keep a right to abortion in their state constitution. Meanwhile, the Senate is still working to reach a vote before summer recess on its health care-climate-tax measure, but progress is slow. Tami Luhby of CNN, Sandhya Raman of CQ Roll Call, and Rachel Cohrs of Stat join KHN’s Julie Rovner to discuss these issues and more. Also this week, Rovner interviews KHN’s Bram Sable-Smith, who wrote the latest KHN-NPR “Bill of the Month” installment about a very expensive ambulance trip.

In Some States, Voters Will Get to Decide the Future of Abortion Rights

Measures to enshrine the right to abortion in the state constitution will be on the ballot in California and Vermont this fall. Abortion-rights advocates in Michigan are hoping their state will follow suit.

California’s Public Health Tax Is Dead for the Year

A ballot measure that would have taxed California millionaires to boost public health funding will not be on the November ballot. But the tech titans who bankrolled the effort say they are negotiating with Gov. Gavin Newsom’s administration to get more money without imposing new taxes.

President Joe Biden’s Cabinet members are fanning out across the county to promote benefits coming to rural America from covid relief and infrastructure legislation.

Congress is set to start its once-every-five-years review of the law that authorizes user fees to finance the hiring of personnel to speed the FDA review of drugs. The periodic renewals of “PDUFA” also give lawmakers a chance to make other changes to the agency at the hub of the pandemic. Meanwhile, the FDA could also find itself at the center of the abortion debate and a controversial new medication to treat Alzheimer’s disease. Anna Edney of Bloomberg News, Joanne Kenen of the Johns Hopkins Bloomberg School of Public Health and Politico, and Sarah Karlin-Smith of the Pink Sheet join KHN’s Julie Rovner to discuss these issues and more.

Anti-vaccination activists say California’s Democratic lawmakers are helping strengthen their movement nationally by pushing for tougher vaccine requirements — without exemptions for religious or personal beliefs. But a new pro-vaccine lobbying force is vowing to fight back.

California Ballot Will Be Heavy on Health Care

In the Nov. 8 general election, California voters will consider overturning the state’s flavored tobacco ban and hiking medical malpractice awards. Other proposals to decriminalize psychedelic mushrooms, target dialysis clinics and boost public health funding could also be on the ballot, along with a plan to limit business and school closures during public health emergencies.

Those seeking to replace California Gov. Gavin Newsom in Tuesday’s recall election disagree with him on more than mask and vaccine mandates. The conservative candidates tend to favor free-market solutions over Newsom’s expansion of publicly funded health coverage.

Democratic Gov. Gavin Newsom’s pandemic policies are effectively on California’s Sept. 14 recall ballot — and the electorate views them with a mix of resentment, gratitude and disillusionment.