When Marci Maxey’s father moved to Texas to take care of her ailing grandmother last August, the Sacramento resident found herself alone for the first time in her life.

She was taking classes at a community college and didn’t have a job. She had some money from her family, but it wasn’t enough to live on. “There were times when I felt that maybe I’m not going to be able to have enough food,” she said.

Because Maxey qualified for her college’s work-study program, she was eligible for food stamps under the federal Supplemental Nutrition Assistance Program, known as CalFresh in California. To qualify for SNAP, an individual’s net income must not exceed the federal poverty level — $12,060 in 2017.

Maxey was hesitant at first, having been raised to be self-sufficient and not take government help, she said. Yet she hasn’t gone hungry since.

College students — particularly those in two-year community colleges — risk going hungry more often than Americans might think, according to a study released Tuesday by the Urban Institute, a liberal think tank based in Washington, D.C. 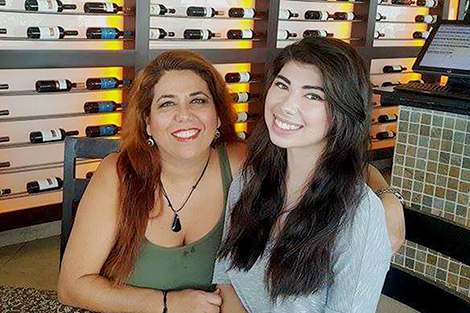 The study, based on U.S. Census data from 2001 to 2015, found that households with two-year college students were consistently more likely to be “food-insecure” during that period, especially after the 2008 recession.

From 2008 to 2014, 21.2 percent of households including two-year college students reported experiencing food insecurity. About 13 percent of four-year students and 16.6 percent of vocational students were food-insecure during that period.

Food insecurity among two-year students peaked in 2012 at 24 percent, but fell to 13.3 percent in 2015, compared with 11 percent of four-year students and 13.5 percent of vocational students. The study did not provide state-level data.

Food insecurity has been linked to poorer health and academic performance as well as depression and anxiety.

Food stamps have helped ease hunger among college students, according to the Urban Institute study. But to receive benefits, college students must either qualify for work-study programs by income or work 20 hours a week.

Twenty hours of work plus academic demands is “quite a lot for any student to manage, let alone students who are already struggling with their basic needs,” said Kristen Blagg, one of the researchers. And federal work-study funds tend to be allocated to four-year colleges, she added.

Policymakers may want to consider easing the off-campus work hours required for students to remain eligible for food stamps, so they can focus on their studies, the study suggested.

In the meantime, California college officials say they are doing what they can to ensure their students don’t go hungry.

Although community colleges can decide on their own how to address hunger, California’s community college system offers on-campus training for faculty and staff so they can help students qualify for food stamps, according to Colleen Ganley, who works in the California Community College Chancellor’s Office.

New legislation that takes effect next year will require California to notify students who receive Cal Grant scholarships, which are based on income, that they are eligible for food stamps.

Gov. Jerry Brown also approved $7.5 million in the recently-passed state budget to support CalFresh enrollment and create food pantries at public colleges. The money is to be split evenly among the University of California, California State University and California Community College systems.

Mike Uhlenkamp, a California State University spokesman, said the system commissioned its own study two years ago, which found that about 20 percent of its students were food-insecure.

Uhlenkamp said most CSU campuses have food pantries, and some are trying to make the CalFresh program more available to students. The chancellor’s office hired a director of basic needs in July to lead these efforts, he said. 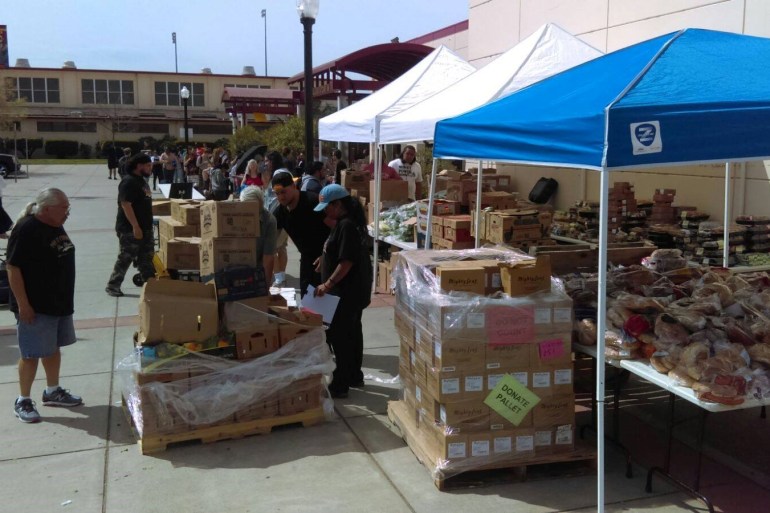 “It turns out that really minimizes some of the stigma,” Siefkin said.

Not all campuses offer as much help to their students. Marci Maxey said the campus of her two-year school near Sacramento, Woodland Community College, is just too small to support a food pantry or other services.

“There isn’t a lot of food on campus. We don’t even have a cafeteria. Things like that kind of make it hard,” Maxey said.

For Some Students, Hunger Is Part Of The College Experience