Hoping to earn its share of the $3.5 trillion health care market, the medical industry is pouring more money than ever into advertising its products — from high-priced prescriptions to do-it-yourself genetic tests and unapproved stem cell treatments.

Spending on health care marketing nearly doubled from 1997 to 2016, soaring to at least $30 billion a year, according to a study published Tuesday in JAMA.

“Marketing drives more testing. It drives more treatments. It’s a big part of why health care is so expensive, because it’s the fancy, high-tech stuff things that get marketed,” said Steven Woloshin, co-director of the Center for Medicine and Media at The Dartmouth Institute for Health Policy and Clinical Practice. His study captured only a portion of the many ways that drug companies, hospitals and labs promote themselves.

Advertising doesn’t just persuade people to pick one brand over another, said Woloshin. Sophisticated campaigns make people worry about diseases they don’t have and ask for drugs or exams they don’t need.

“Whenever pharma or a hospital spends money on advertising, we the patients pay for it — through higher prices for drugs and hospital services,” said Shannon Brownlee, senior vice president of the Lown Institute, a Brookline, Mass., nonprofit that advocates for affordable care. “Marketing is built into the cost of care.”

High costs ultimately affect everyone, because they prompt insurance plans to raise premiums, said Diana Zuckerman, president of the National Center for Health Research, a nonprofit that provides medical information to consumers. And taxpayers foot the bill for publicly funded insurance programs, such as Medicare.

“These ads can be amazingly persuasive, and they can exploit desperate patients and family members,” said Zuckerman, who was not involved in the new study.

Drug companies spend the bulk of their money trying to influence doctors, showering them with free food, drinks and speaking fees, as well as paying for them to travel to conferences, according to the study. 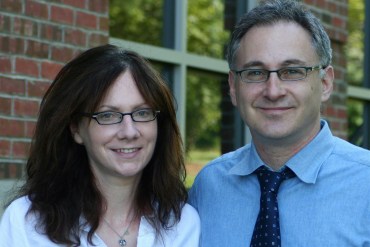 Yet marketers also increasingly target consumers, said Woloshin, who wrote the study with his wife and longtime research partner, Dartmouth’s Dr. Lisa Schwartz, who died of cancer in November.

The biggest increase in medical marketing over the past 20 years was in “direct-to-consumer” advertising, including the TV commercials that exhort viewers to “ask your doctor” about a particular drug. Spending on such ads jumped from $2.1 billion in 1997 to nearly $10 billion in 2016, according to the study.

A spokeswoman for the pharmaceutical industry group, PhRMA, said that its ads provide “scientifically accurate information to patients.” These ads “increase awareness of the benefits and risks of new medicines and encourage appropriate use of medicines,” said Holly Campbell, of PhRMA.

The makers of genetic tests — including those that allow people to learn their ancestry or disease risk —also bombard the public with advertising. The number of ads for genetic testing grew from 14,100 in 1997 to 255,300 in 2016, at a cost that year of $82.6 million, according to the study. AncestryDNA spends more than any other company of its kind, devoting $38 million to marketing in 2016 alone.

Some companies are touting stem cell treatments that haven’t been approved by federal regulators. The Food and Drug Administration has approved stem cell therapy for only a few specific uses — such as bone marrow transplants for people with leukemia. But hundreds of clinics claim to use these cells taken from umbilical cord blood to treat disease. Many patients have no idea that these stem cell therapies are unapproved, said Angie Botto-van Bemden, director of osteoarthritis programs at the Arthritis Foundation.

In recent months, the FDA has issued warnings to clinics marketing unapproved stem cell therapies. Twelve patients have been hospitalized for serious infections after receiving stem cell injections, according to the Centers for Disease Control and Prevention.

The website for Restasis, which treats dry eyes, prompts patients to take a quiz to learn if they need the prescription eye drops, said Woloshin, who co-wrote a February study with Schwartz on the drug’s marketing strategy. The Restasis website also allows patients to “find an eye doctor near you.”

Many of the doctors included in the Restasis directory have taken gifts from its manufacturer, Allergan, Woloshin said. The doctor directory includes seven of the top 10 physicians paid by the company, his study says.

In a statement, Allergan spokeswoman Amy Rose said the company uses direct-to-consumer advertising “to support responsible disease awareness efforts.” The ads “do not displace the patient-physician relationship, but enhance them, helping to create well-informed and empowered consumer and patient communities.”

The website for Addyi, often called the “female Viagra,” goes even further. Patients who answer a number of medical questions online are offered a 10- to 15-minute phone consultation about the drug for $49. Patients who don’t immediately book an appointment receive an email reminder a few minutes later.

“This is more evidence,” Brownlee said, “that drug companies are not run by dummies.”

Health Care Industry Spends $30B A Year Pushing Its Wares, From Drugs To Stem Cell Treatment