A powerful hospital workers union has been forced to withdraw a proposed measure that would have capped the pay of California hospital executives, even though it had gathered more than enough signatures to qualify for the November ballot.

The Hospital Executive Compensation Act would have limited hospital executives’ pay to no more than the annual salary and expenses of the President of the United States, or $450,000. It was sponsored by SEIU-United Healthcare Workers, which sought to “increase transparency” in hospital compensation.

According to the Secretary of State’s website, the measure had collected close to 650,000 signatures — more than enough to place it on the ballot. The signatures were in the process of being verified.

Steve Trossman, a spokesman for SEIU-UHW, said the measure had to be pulled after an arbitrator decided that the initiative violated an agreement between the union and California hospitals.

In 2014, the union formed a partnership with the California Hospital Association to develop ways to reform Medi-Cal, the state’s version of Medicaid, Trossman said. The two groups agreed to collaborate on a $100 million campaign to increase Medi-Cal payments for hospitals and other medical providers.

The partnership called for a no-harm pact by both parties. That agreement expired at the end of 2015, but the ballot initiative was filed just about a month before that.

Trossman said the union had tried to appeal the arbitrator’s decision, but a Sacramento Superior Court judge last week sided with the hospitals.

“We think this was a deeply flawed decision,” Trossman said. The union would have faced millions of dollars in penalties had it continued to promote the measure.

Given that risk, the SEIU-UHW board decided to pull the measure from this year’s ballot. Trossman said the union may reintroduce the initiative in 2018.

“These executives are running charitable institutions, yet they are lining their pockets with millions that could go to providing quality care to patients or lowering health costs for the people of California,” Dave Regan, president of SEIU-UHW, said in a statement.

Many senior nonprofit hospital executives pull in more than $1 million a year. Lloyd Dean, the CEO of San Francisco-based Dignity Health, made $6.9 million, according to the most recently available regulatory filing. Patrick Fry, the CEO of Sacramento-based Sutter Health, who has since stepped down, made $3.6 million. 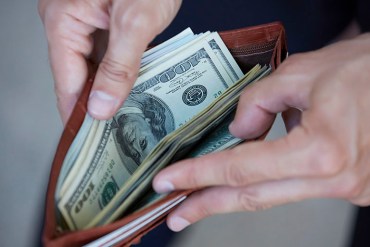 This isn’t the first time SEIU-UHW has tried to slim down executives’ pay. In 2013, it filed the Charitable Hospital Executive Compensation Act, to be considered for the 2014 ballot. But it withdrew that measure because of its agreement with the hospitals against mutual recrimination.

The California Hospital Association said in a statement it was pleased that SEIU-UHW heeded the court order, and accused the union of using the pay issue as a wedge to gain new members at hospitals.

Earlier this month, a separate SEIU-sponsored bill targeting hospitals’ top earners failed on the Assembly floor. The bill would have required hospitals and affiliated medical groups to file annual reports on the compensation of their highest paid executives.

Opponents of the bill argued that information on the compensation of top hospital executives is already available to the public.

SEIU-UHW officials argued that even though their latest initiative to curtail hospital executives’ pay will not be on this year’s ballot, the topic has started to turn heads and raise questions from voters.

“We will continue to speak out,” Trossman said. “Not only do these hospital executives not want to give up their multimillion-dollar salaries, but they don’t want people to know about it.”