“It’s like they dangled the carrot and now they’re taking it away,” said Barton, 38, of Bakersfield, an unpaid photographer and stay-at-home mother of two.

Barton and her husband, a contract computer technician, had been uninsured for most of their adult lives until Obamacare expanded Medicaid and they were finally able to qualify for the low-income health program. This year, California’s version of Medicaid, known as Medi-Cal, paid for surgery to remedy Barton’s long-standing carpal tunnel syndrome.

When McCarthy returns later this month to his Congressional district, a mostly agricultural region in California’s Central Valley including the city of Bakersfield and Edwards Air Force Base, he will likely face many confused and frustrated constituents.

Two counties represented by the Republican leader are among the most heavily dependent on Medi-Cal in the state. Roughly half of residents are covered by the program, which added about 212,000 enrollees after Obamacare took effect.

Some of those who favor the law, or rely on it, see a conflict between McCarthy’s stated goals as a national leader and the needs of so many of his constituents.

“Those comments he made [about repeal] just demonstrate how disconnected he is from the people he’s supposed to be representing,” said Edgar Aguilar, program manager for Community Health Initiative of Kern County, an organization that helps enroll residents in Medi-Cal and Covered California in Bakersfield.

McCarthy’s staff in Washington, D.C., said they were not available to comment.

The complexities of killing Obamacare are laid bare in the 23rd Congressional district that McCarthy represents, highlighting what other Republican politicians from less affluent areas may face.

On one hand, the district is considered a safe Republican haven — McCarthy easily defeated his Democratic challenger in November, winning about 70 percent of the vote. More than half of Kern and Tulare voters chose President-elect Donald Trump, and some of McCarthy’s constituents vocally support his promise to get rid of Obamacare. 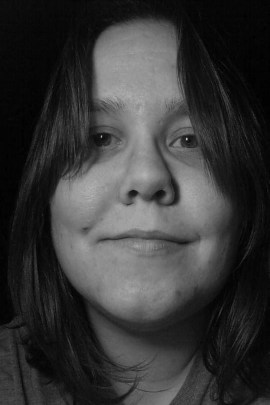 Victoria Barton, 38, of Bakersfield, Calif., became eligible for Medi-Cal under the Affordable Care Act. Barton, a stay-at-home mom, recently had surgery for her carpal tunnel syndrome. “To have that surgery is a big thing for me,” said Barton, who said she no longer has numbness in her hands. “They should leave [Medi-Cal] alone.” (Photo courtesy of Victoria Barton)

On the other hand, constituents like Barton worry about the consequences of repealing the health law without an immediate replacement. They fear losing all or part of their health coverage, or losing jobs in the health care industry.

Unemployment in Kern and Tulare counties runs between nine and nearly 11 percent, twice as high as the state average. About a quarter of residents live in poverty, according to U.S. Census data.

With Obamacare, “we’ve made this gigantic step … and then suddenly to just take it away without any rational plan in place seems totally irresponsible,” says Bill Phelps, chief of program services at Clinica Sierra Vista, a network of health care clinics serving 200,000 patients.

Since the Affordable Care Act was signed in 2010, the health care network where Phelps works has hired more than 100 employees and opened at least four new health centers, although some clinics were planned beforehand. A repeal of the Medi-Cal expansion may require the clinic system to shed some nursing and case management jobs, clinic officials said.

“Health care is such an integral part of the economy,” said Phelps, adding that he hopes McCarthy will look into the “details” before scrapping Obamacare. “You just can’t turn off the switch.”

But McCarthy seems to want a quick repeal. He told reporters that ending the Affordable Care Act is “easier and faster” than passing an alternative policy, which would require more votes.

“I want to make sure it gets done right,” McCarthy said of replacing Obamacare in a Washington Post interview.

As a practical matter, Republicans in Congress don’t appear to have the votes now to repeal every provision of the law. Besides, Republicans leaders have signaled that what is repealed wouldn’t go away immediately but would be phased out over time.

Some in McCarthy’s district will be glad to see Obamacare go, however, and as soon as possible.

“This whole system has been a disaster from Day One,” said Rodger Harmel, an insurance agent in Bakersfield. “Rates have been at an all-time high.”

Harmel says most of his Covered California clients earn too much to qualify for the federal subsidies that reduce monthly premiums. He said most are paying more now than they did before the law and didn’t need the new rules to be able to buy insurance.

“A forced coverage system is not the answer,” he said.

“The elimination of financial help in Covered California — even if delayed — would not just cause people to drop coverage and insurers to leave the market, but would force skyrocketing rates for those left in a smaller and sicker insurance pool,” said Anthony Wright of Health Access California, a statewide consumer advocacy coalition.

Meanwhile, Aguilar, the program manager for Community Health Initiative of Kern County, said roughly six people are referred to his organization each month by a local cancer center. They have been diagnosed with cancer or another serious illness, but don’t have insurance, he said.

For people like this, a full repeal of Obamacare without a replacement would be devastating, Aguilar said.

“It’s just horrible thinking about those people who are having the worst experience in their life and now they’re not going to have anywhere to turn in order to get the coverage they need to get their medical care,” Aguilar said.

“I’m afraid people can lose their lives without the coverage they need,” he added. 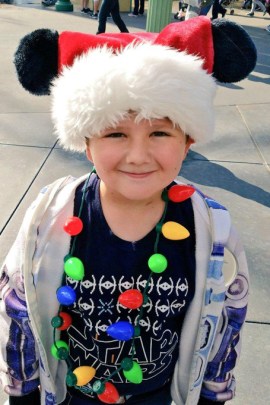 Lucas Tate was diagnosed with leukemia when he was 7 months old. Tate is in remission now, but still suffers side effects from his treatment. (Courtesy of the Tate family)

Worry about Obamacare’s repeal is not confined to residents who depend on the government for coverage.

Bakersfield resident David Tate, a 34-year-old school nurse, has a son, Lucas, who was diagnosed with acute lymphoblastic leukemia in 2009, when he was 7 months old. The boy survived after intensive chemotherapy treatments.

Tate, who then had a private market plan to cover Lucas, credited two provisions of the Affordable Care Act for giving his family security and peace of mind after Lucas’ initial treatment was over. One was a requirement to cover people with preexisting conditions. “If the ACA hadn’t been there and I needed another private plan, they would have denied him coverage,” Tate said.

The second provision prohibited insurance companies from placing lifetime limits on most benefits in most plans.

“Lucas had essentially used his lifetime maximum for treatments in that first year,” Tate said. “Could you imagine if Lucas had relapsed? We would have been completely out of benefits. We would have just been hosed.”

This story has been updated.

CORRECTION: A photo caption in an earlier version of this story misstated Barton’s occupation. She is a stay-at-home mom, not a contract computer technician.

In House Majority Leader’s Calif. District, Many Depend On Health Law He Wants To Scrap