This story is part of a partnership that includes KUT, NPR and Kaiser Health News.

Steve Alvarez started feeling sick around Father’s Day weekend this year. His symptoms started as mild, but developed into a fever, chills and shortness of breath he couldn’t shake.

“Just when I started to get to feeling better and I would have a couple of good days,” Alvarez said. “I felt like I’d backtrack and I was just really run down. This thing lingered and lingered.”

Alvarez, a Tejano musician who lives in the San Antonio area, said he eventually got a free COVID-19 test provided by the city of San Antonio. A week later, he found out he tested positive for the coronavirus.

Alvarez and his wife — who also became infected — never ended up in the hospital, and they feel fine now. But, he said, there were some scary days — he knows a lot of people who got sick with COVID-19. A friend around his age — mid- to late 40s — has been in an ICU and on a ventilator for weeks now. 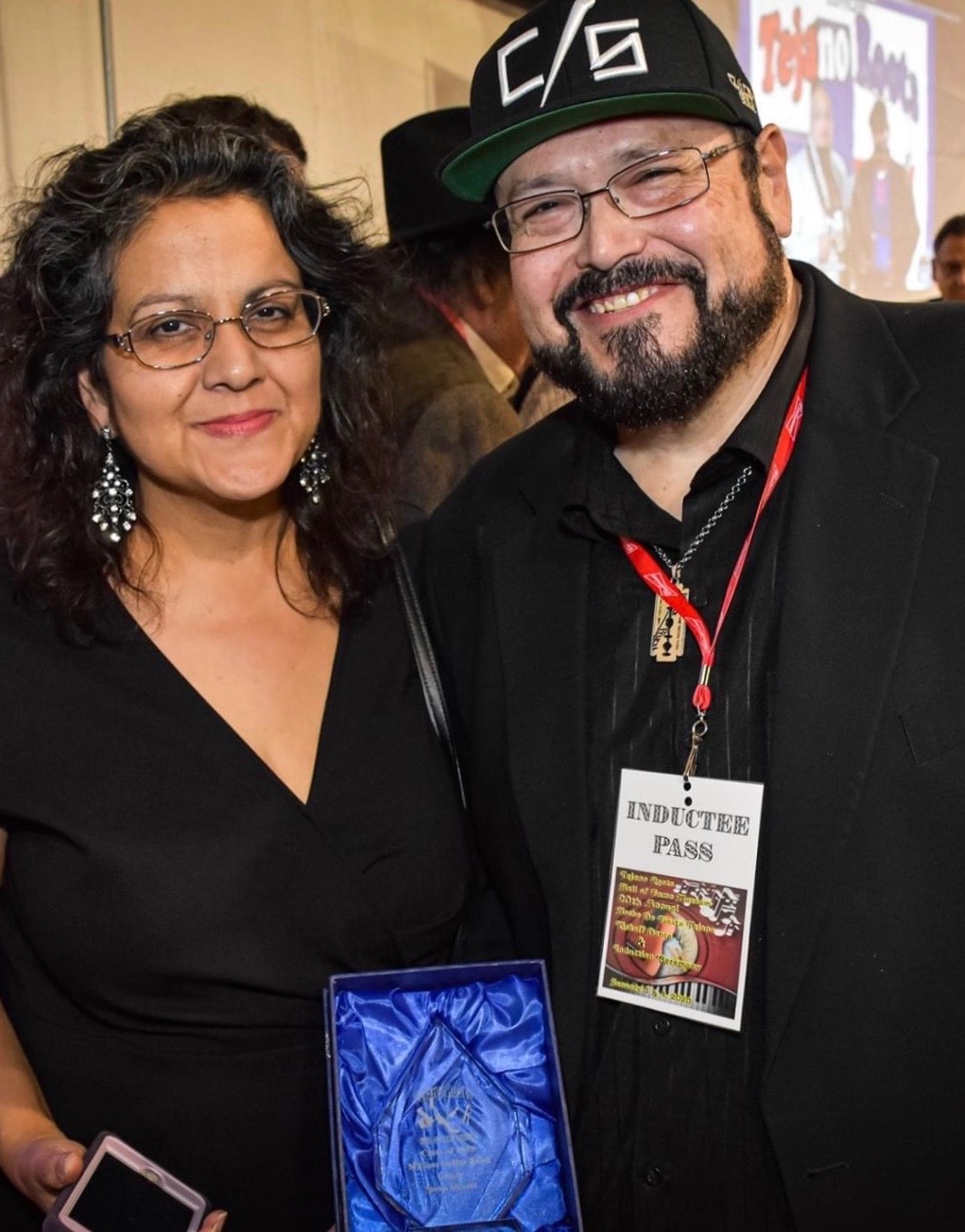 Steve Alvarez stands with his wife, Regina. Alvarez is a Tejano musician who had no health insurance when he was diagnosed with COVID-19. Money has been tight because the pandemic dried up his musical gigs.(Credit: Vic G's Photography)

But it was not just their health that worried Alvarez. Financial fears loomed large, too.

Money is tight because the pandemic shut down most of his musical gigs. Alvarez also lost his health insurance a year ago when he was laid off from his day job in construction safety. While he was sick with the coronavirus he paid for remote doctor visits, some prescriptions and over-the-counter medicine all out-of-pocket, he said.

“I use discount cards for those prescriptions as much as possible,” Alvarez said. “If something is not generic, that’s just absolutely too expensive, I have to consider doing without it.”

Texas’ uninsured rate has been climbing along with its unemployment rate as COVID cases also surge in the state. Before the pandemic, Texas already had the highest rate and largest number of people without insurance among all states. And 20% of all uninsured children in the U.S. live in Texas.

The uninsurance problem has only gotten worse in Texas in 2020. According to recent data from Families USA, a consumer health advocacy group that supported the Affordable Care Act, 29% of Texas adults under 65 don’t have health insurance so far this year.

The group found that about 659,000 people in the state became uninsured between February and May as job losses soared. Texas is one of 13 states that has not expanded Medicaid under the ACA.

“Texans who lose their health insurance that is tied to jobs simply have fewer options for new insurance because we do not have Medicaid expansion,” said Elena Marks, the president and chief executive officer of the Episcopal Health Foundation in Houston.

Republican leaders in Texas have long refused to expand health coverage to more low-income adults through Medicaid, despite the state’s having had the highest uninsured rate in the country for years.

Marks said the pandemic has made the state’s existing health insurance crisis much worse.

“Everything that’s happening now was happening before — it’s just on a path of acceleration,” she said, because there are “so many more people who are sick and who are getting very sick and the costs are very expensive.”

And this is hurting patients. Stacey Pogue, a senior policy analyst at a think tank in Austin called Every Texan, said uninsured Texans could face steep costs for COVID treatment and testing.

Although some Texans are able to find free COVID-19 testing, others have had to pay as much as a few hundred dollars. Pogue said for people who are already financially strained, that’s prohibitively expensive.

And when uninsured, poor Texans have no choice but to go to the hospital, those hospitals end up with much of the cost.

John Hawkins, senior vice president for advocacy and public policy at the Texas Hospital Association, said that even before the pandemic the cost of care provided to people without insurance in Texas hospitals amounted to more than $7 billion a year.

“We’ve been able to make it work, frankly, because of the growth in the state,” he said. “But as we look at COVID going forward, it really does make the case that we have to look at addressing the coverage piece.”

Hawkins said federal relief money will be directed to health care providers in the coming months. Long term, however, he said this is unsustainable for Texas hospitals. If unaddressed, this financial burden on hospitals could lead to future cuts and possibly closures, he warned.

Even before the pandemic, health care advocates in the state had begun organizing in an effort to make Texas’ uninsured rate a political liability for state lawmakers in November.

And for Texans currently living without insurance, not having health care coverage has been an added financial stressor.

Alvarez said he and his family are already doing everything they can to defer payments and bring in money so they don’t lose their house.

“But that bottom is going to fall out soon enough,” he said. “And that’s what I am really dreading right now. And I know that that’s not an uncommon thing that’s going on.”

This story is part of NPR’s reporting partnership with KUT and Kaiser Health News.

In Texas, More People Are Losing Their Health Insurance as COVID Cases Climb