Smartphones, tablets and video consoles can be addictive. They interfere with sleep. They draw kids into an alternate universe, often distracting them from more productive — and healthier — real-world activities. And they are linked to anxiety and depression, learning disabilities and obesity.

That’s according to a growing body of research emphasizing the physical and psychological dangers of heavy screen use.

Yet for many teenagers, mine included, cellphones and social media are also indispensable tools for planning their social lives, keeping up with schoolwork and staying in touch with out-of-town friends and relatives.

I recently talked to Samantha Dunn, a former journalism colleague, who spoke glowingly about her 10-year-old son’s use of digital technology in the pursuit of knowledge. Her son, Ben, became curious about the American Revolution and the British Empire after listening to the soundtrack to the musical “Hamilton,” and he used his mother’s smartphone to research them intensively.

Ben’s fascination with the Marquis de Lafayette, the French nobleman and major-general who helped win the Revolutionary War, motivated him to learn French. So, he downloaded the language-learning app Duolingo and got busy. “I genuinely think he has learned a love of languages,” Dunn says.

But she says she and her husband, Jimmy Camp, are embroiled in an ongoing battle with Ben because they won’t let him get Fortnite, a popular video game that involves a lot of killing but also serves as an online venue for friends to talk about what’s going on in their lives.

How can parents optimize the constructive uses of screen-based technology while minimizing its pernicious effects?

The key is helping kids use technology as a tool, not a toy, “where there’s some purpose other than the medication of boredom,” says Jim Taylor, a psychologist and author of the book “Raising Generation Tech: Preparing Your Children for a Media-Fueled World.”

Taylor, like many other medical and mental health professionals, advises parents to set limits and stick to them. They should restrict the amount of time their kids spend on devices, create tech-free zones — no cellphones in their bedrooms, for example — and tech-free times, such as at the dinner table, in restaurants and on family outings.

The American Academy of Pediatrics recommends avoiding almost all digital media use for kids under 2 and limiting it to one hour of “high-quality programming” for children between ages 2 and 5, with a parent involved.

The academy also recommends no screen time within an hour of bedtime, and it advises parents to establish a personalized family plan that sets age-appropriate guidelines for the type of digital media allowed and the amount of time kids can spend on it. Create your family’s plan at www.healthychildren.org/MediaUsePlan.

Rachael Wells, a 42-year-old mother of four in Folsom, Calif., says she and her husband, Carter, worry about cellphone addiction with their 12- and 14-year old daughters, Beckham and Courtlyn. “We have all kinds of rules,” Wells says.

The girls can’t have their phones in their bedrooms, when they are in the car with their mom or at the table. And no phones in the morning until they are ready for school, all their chores are done and all the dishes are put away.

“Eventually, we give in and they can get on their phones, but they have to earn it,” Wells says.

Wells and her husband have an app on their phones called OurPact that allows them to control their daughters’ devices remotely. They use it to shut off all apps at 8:30 p.m. 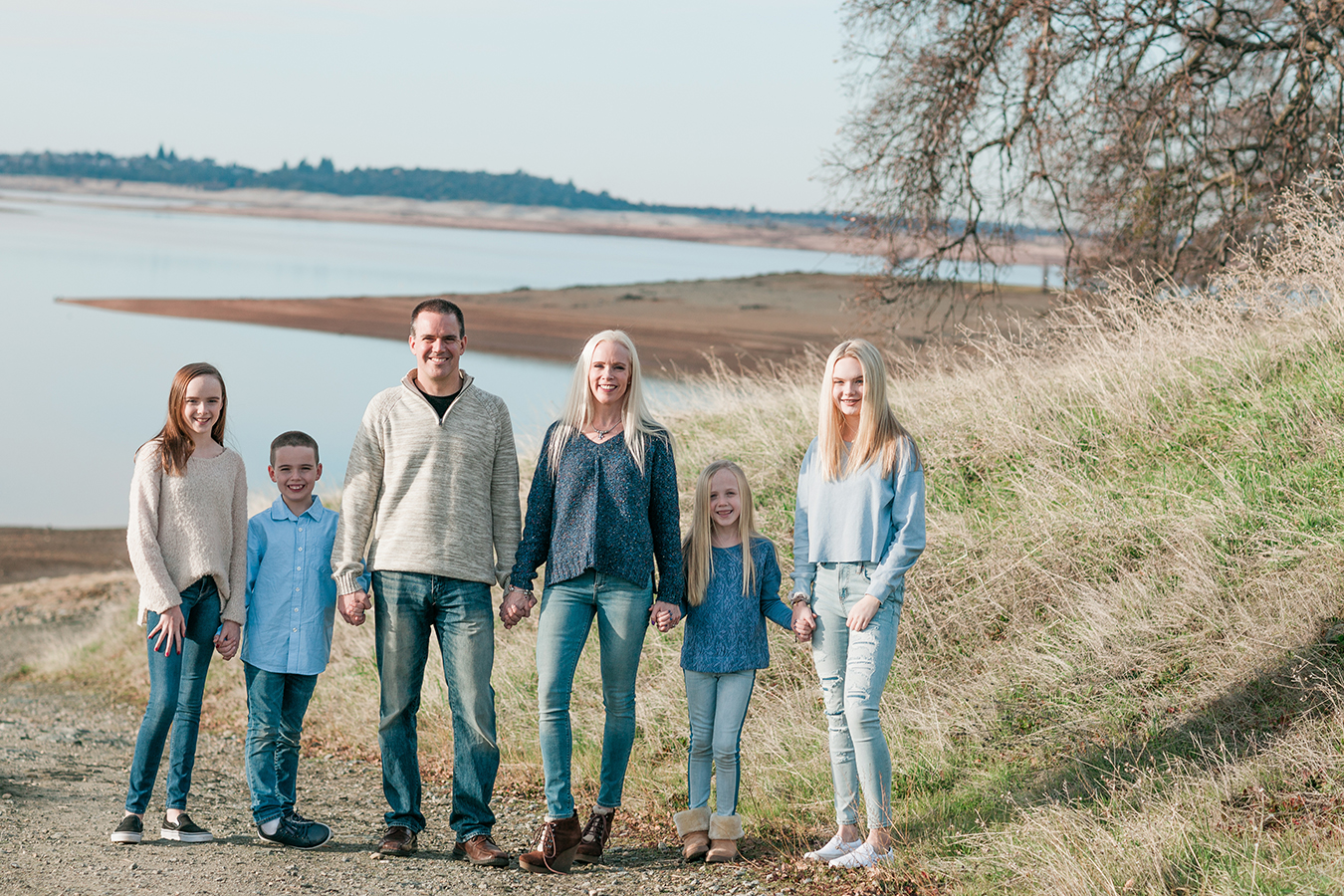 Rachael Wells, a mother of four in Folsom, Calif., says she and her husband, Carter, have “all kinds of rules” to manage their children’s screen time. For one thing, they remotely shut off all the apps on their older daughters’ cellphones at 8:30 p.m. The Wells family (from left): Beckham, Jobiah, Carter, Rachael, Londyn and Courtlyn.(Courtesy of Lauren Land)

There are numerous apps to help you monitor your kids’ online activity, shut down cellphone apps at certain times of the day, track online searches, block content you don’t want your kids to see and alert you to online predators, sexting and cyberbullying.

Most medical and mental health professionals suggest that if you want to foster a healthy relationship between your children and their screens, you should regularly plan activities for them that don’t involve screens. It might be as simple as talking or reading to them, but sporting events, trips to a park or museum or regular family nights out are also good alternatives.

Perhaps the best thing you can do is serve as a good role model by exhibiting the same online behavior you expect of your children, says Dr. Elias Aboujaoude, a Stanford University psychiatrist and author of the book “Virtually You: The Dangerous Powers of the e-Personality.”

“If parents are breaking their own rules,” Aboujaoude says, “kids cannot be expected to behave differently.”

And by behaving the way they want their kids to, parents might be helping themselves, too. As Aboujaoude notes, adults have felt “deceptively immune” to the ills associated with digital media. “They are not.”

Chad Landgraf, 44, of Broken Arrow, Okla., told me he was worried about how detached his 12-year-old son and 5-year-old daughter became when they were on their devices. So, hoping to set an example, he switched from e-books to old-fashioned print.

“When I had my Kindle or iPad open, they didn’t know if I was reading or surfing the ’net,” Landgraf says. “But at least if I have a paper copy of a book, they know I am reading. Modeling seems like the easiest way. Monkey see, monkey do.”

Keeping Kids Healthy And Sane In A Digital World