MORENO VALLEY, Calif. — Alfredo David lay in bed, looking deflated under an Avengers blanket, as a doctor, two nurses, and medical interpreter Veronica Maldonado entered his hospital room. He wrapped up a call from his wife, then fiddled idly with his phone.

He had received distressing news from the team at the Riverside University Health System Medical Center: His sharp abdominal pains and difficulty eating, previously diagnosed at another hospital as gastritis, were actually caused by metastatic cancer. The tumor was growing. David, 45, was not going to recover.

Maldonado pulled up a chair for herself and another for palliative care specialist Dr. Faheem Jukaku, and the two sat at David’s eye level. Pointing to an MRI image of David’s abdomen, Jukaku explained in English how surgeons would attempt to ease his symptoms the next day. Maldonado translated Jukaku’s words into Spanish, modulating her tone of voice to match the doctor’s delivery.

David listened — seeming resigned, but grateful that some relief might be on the way. Occasionally he’d ask a question in Spanish about the procedure, which Maldonado translated back to Jukaku. Asked about his earlier misdiagnosis, he rolled his eyes.

David, a mechanic and father of three teenagers, understands some English. But he said Maldonado’s help had been crucial to deciding on his new course of treatment. Thanks to her, he said in Spanish as she translated, “I don’t have any misunderstandings. I’m more at peace.”

Interpreters routinely help people who speak limited English — close to 9 percent of the U.S. population, and growing — understand what’s happening in the hospital. They become even more indispensable during patients’ dying days. But specialists say interpreters need extra training to capture the nuances of language around death.

Many doctors and nurses need the assistance of interpreters not only to overcome language barriers but also to navigate cultural differences. Opportunities for miscommunication with patients abound. Words don’t always mean the same thing in every language.

Medical staff, already nervous about delivering bad news, may speak too quickly, saying too much or too little. They may not realize patients aren’t comprehending that the team can no longer save their lives.

“That’s when it gets interesting,” Maldonado said. “Does the doctor understand that the patient isn’t understanding?”

At Riverside and some other hospitals, interpreters have completed special training and work closely with palliative care teams to help patients and their families decide when the time has come to stop trying to cure a disease and start focusing on comfort and quality of life.

Palliative care is unusual among medical specialties, said Dr. Neil Wenger, an internist who is chair of the ethics committee at the UCLA Medical Center. Rather than curing or eliminating disease, its purpose is to manage symptoms for patients who are not expected to recover.

Physicians and nurses talk at length with dying patients and their families about their wishes, collaborating with social workers, chaplains and hospice workers. Under any circumstances, the clinical shift from curing disease to treating symptoms can be difficult for doctors and patients. Advance care planning — a process used to help patients understand their prognoses and explore preferences for future care — is more like psychotherapy than a routine medical consult, Wenger said.

“This is not a straightforward set of questions,” he said. “You ask a question, and the next question is dependent on the response. It’s very easy to use the wrong words and startle the person and put them off. It’s a dangerous conversation.” 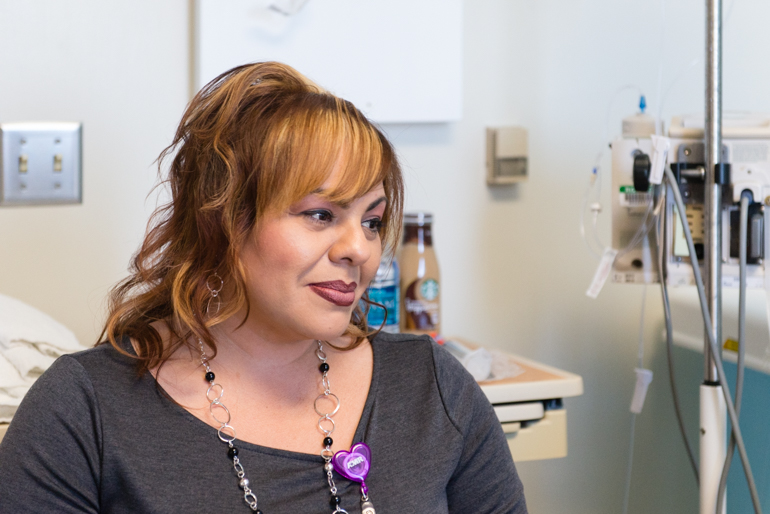 When there’s a language or culture gap, Wenger added, the interaction becomes much more difficult. Both sides can fail to recognize important nuances, such as body language and variations in the meaning of words.

Wenger said that he finds it hard to speak with patients about palliative care through an interpreter because, in his experience, unexpected turns in the conversation and difficult emotions can literally get lost in translation.

Others say that interpreters are key for helping patients make sense of palliative care — that they just need extra training to be good at it.

At Los Angeles County-USC Medical Center, for instance, 68 percent of palliative care patients in 2011 spoke a first language other than English. At San Francisco General Hospital, that number was 45 percent; at Riverside County Medical Center, 33 percent.

“One of the key tenets of palliative care is to have goals-of-care discussions,” O’Malley said. So when patients speak a different language, “How do you do that?” Her team found that palliative care providers sometimes brought in interpreters to assist, but that many of them didn’t have the knowledge, training, or vocabulary to convey key concepts.

Take the idea of hospice, the comprehensive palliative care services available to patients in their last months, often at home. For people from Mexico, the Spanish equivalent hospicio “conjures up the image of the worst nursing home you could ever imagine, where people are disabled and left for dead,” said Dr. Anne Kinderman, who runs the palliative care service at Zuckerberg San Francisco General Hospital. “If I come into the room and say, ‘I’m here to tell you about this great thing called hospicio,’ there’s a cognitive disconnect,” she said.

Interpreters have to learn how to bridge that gap. “You have to know how to present [hospice] in Spanish,” said Viviana Marquez, supervisor of the department of language and cultural services at Riverside, and Maldonado’s boss. “It’s not a matter of finding an equivalent word, because there is none. You have to get into a deeper explanation.” 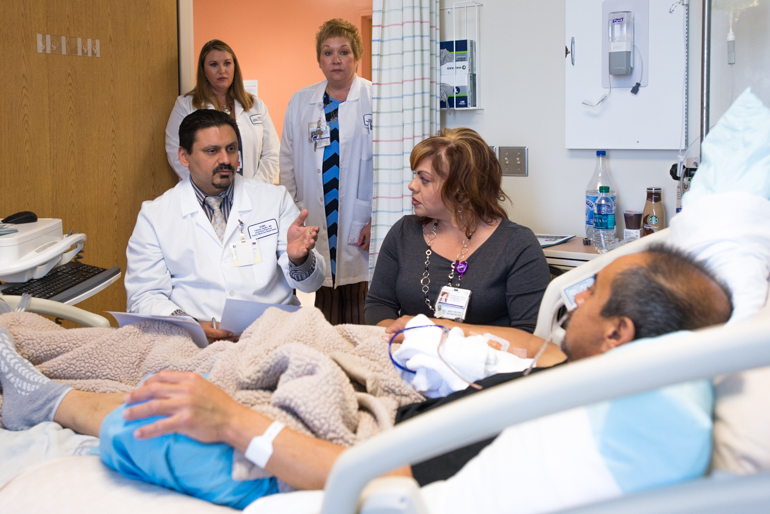 Without that kind of clear communication, many Latino families never understand that hospice isn’t a place but rather a suite of comfort-focused extra services, available at home, that relatives usually can’t provide on their own, said Beverly Treumann, a medical interpreter in Los Angeles who now works as head of quality assurance for the Health Care Interpreter Network, an Emeryville, Calif.-based cooperative that lets member hospitals share interpreters through videoconferencing.

Treumann said she once trained an interpreter who had refused hospice for her own mother because of such a misunderstanding. “This interpreter, she was heartbroken,” Treumann said. “The family took care of the mother — but without the extras that hospice could provide. The mother suffered because the concept wasn’t explained adequately.”

Cultural differences can breed other misunderstandings too, Kinderman said. Families from many parts of the world approach health care decisions as a group. That can make a palliative care concept like a health care proxy — a person who makes medical decisions when a patient becomes incapacitated — hard for them to grasp.

Hoping to bypass all these potential minefields, the California Health Care Foundation recruited Kinderman and other experts to help develop a palliative care curriculum for interpreters.

Marquez said that all 10 of the Riverside medical center’s interpreters have completed some version of the curriculum, which is taught in person or on the web.

For Maldonado, who has been interpreting for about five years, working with palliative care patients has become a passion.

She attends the palliative care team’s weekly meetings, working closely with staff and patients. If Maldonado is around when a difficult conversation arises, she’s the first person Marquez sends to interpret. If Maldonado or another interpreter who is comfortable with palliative care work is not available, Jukaku said, “we try to postpone the talk.”

Last year, Maldonado taught a palliative care training course for interpreters. The session, held at the Moreno Valley hospital, attracted around 50 participants from throughout Southern California.

The participants wanted to talk about terminology and “vicarious trauma” — the emotional toll that interpreting for palliative care patients can take. They shared self-protection techniques. Marquez recommended using the third-person voice instead of the customary first person: rather than directly translating the doctor’s words and saying “I recommend,” an interpreter might create emotional distance for herself in difficult moments by saying, “your doctor recommends.”

Maldonado said she, too, has trouble sometimes containing her feelings when families are distraught or have trouble accepting that a patient may soon die. “Later in the day I say, ‘Oh my God … can I vent?’ I have to vent.”

But Maldonado also noted that raw emotion from the families means she is doing her job well.

“When we get the tears and the reactions,” she said, “we know we’ve rendered the message.”