Jody Jacobson Wedret rolled her eyes after listening to scientists, policy wonks and marijuana advocates expound on pot’s potential to ease the opioid crisis. Without more evidence, she wasn’t buying it.

“Some people are pushing cannabis so hard,” complained Wedret, a professor of pharmacy at the University of California-Irvine. “Had the advocates we heard from been from pharma, they would have been kicked out of the room.”

Bill Morris, an adjunct professor at UCI’s business school, had a more entrepreneurial take on pot. He is going into business with a graduate student on a manufacturing startup called Growpacker, which will add THC and CBD, two of the active ingredients in cannabis, to consumer products sold by other companies. “This is all new. Everyone wants to get educated,” Morris said. 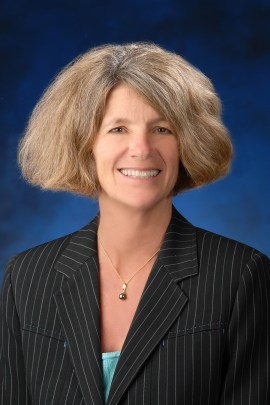 Wedret and Morris were among attendees at a day-long conference last week that was an inauguration of sorts for UC-Irvine’s Center for the Study of Cannabis, a partnership between the university’s medical and law schools. California’s legalization of recreational pot sales, which took effect Jan. 1, is the driving force behind the center’s founding.

“Look, cannabis is here. I grudgingly accept this,” said center director Daniele Piomelli, a neurobiology and pharmacology professor. He acknowledged the entrepreneurial ambitions of many at the conference and said part of the center’s mission would be to help the nascent marijuana industry marry profit to responsible behavior.

“If we give them a sense of the money to be made by acting right, they benefit,” he said.

The center, which hopes to be funded partly with tax dollars from marijuana sales, will sponsor research on the basic science underlying the drug’s effects on the body and its public health impact, as well as its legal, social and economic dimensions. It joins similar programs at Humboldt State University in Arcata, Calif., Colorado State University in Pueblo and UCLA.

The proceedings at the inaugural conference of the UCI center were infused with jargon-filled talk about epidemiology, but they attracted a motley crew of activists, researchers, students, lawyers and doctors, as well as tattooed entrepreneurs sniffing out business angles.

During breaks in the program, participants traded business cards and stories. A UCI staffer who tracks regulatory requirements for research projects was trying to figure out how to help scientists design safe and legal experiments. A physician wanted to find better ways to treat her patients for pain. Cannabis business owners and investors snapped photos of PowerPoint slides on their cellphones. Many tried to suss out how emerging regulations would affect their fortunes. 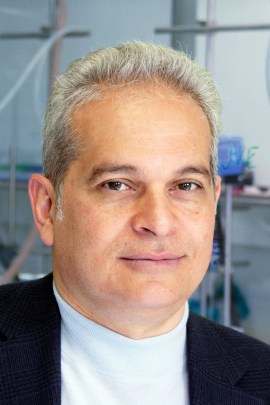 Daniele Piomelli, director of UCI’s new interdisciplinary cannabis study center, says he hopes to help marijuana businesses act responsibly and isn’t sure whether pot is a good treatment for pain. (Courtesy of the University of California-Irvine School of Medicine)

Presentations at the event featured the latest scientific research on cannabis and opioids, raising the question: Can increased access to marijuana help solve the nation’s heroin, fentanyl and prescription painkiller crisis?

Evidence served up by the scientists showed it might. In 2017, the National Academies of Science, Engineering and Medicine found that cannabis was effective for treating chronic pain. Experiments have shown that when animals take a THC supplement, their pain can be controlled with a smaller dose of opioids.

Definitive conclusions are elusive, however, in large part because federal law — which still bans marijuana — makes it difficult to study the drug.

“We have lots of interesting questions to ask,” said conference panelist Dr. Igor Grant, director of the Center for Medicinal Cannabis Research at the University of California-San Diego. “We don’t have a social and legal framework to get it done.”

Piomelli, who has been studying cannabis for more than 25 years, said he wasn’t sure if it is a good a treatment for pain. “It’s a tougher question than it seems at first,” he conceded.

He sparred at the conference with University of California-San Francisco medical professor Stanton Glantz, a longtime foe of the tobacco industry. Glantz referred to the cannabis industry as “the dark side” and told the audience that he worried about “the ongoing disaster of marijuana legislation.”

Glantz’s comments drew laughs, gasps and groans from many in the audience, and Piomelli pushed back. “Just because tobacco was a fiasco doesn’t mean this has to be,” he said. “This is not the same as nicotine. Pharmacology matters.”