SAN FERNANDO, Calif. — It’s early on a Wednesday morning and this city’s Recreation Park is bustling with dozens of people doing sprints, leg lifts and squats as enthusiastic students from California State University, Northridge cheer them on.

“Yes!” the men and women responded in unison.

The Cal State students are instructors in a free exercise program offered at parks in the San Fernando Valley, South Los Angeles, San Francisco and Stanislaus County. The participants are mostly Latino, and many had never exercised regularly before joining the group. Several have diabetes, high blood pressure or other chronic diseases.

Irma Fuentes, 53, attends the exercise boot camp three times each week. She said it has motivated her to change her diet, lose weight and start hiking with her husband on the weekends. Fuentes said her blood pressure is under control, “and I have a lot of energy now.”

The program, 3WINS Fitness, started at Recreation Park in 2011 before expanding to several other sites. Cal State Northridge Professor Steven Loy, who founded the program, said he and his students are working to bring the program to parks throughout California. Their goal is to partner with other Cal State campuses and train their students to run the programs in their cities.

Loy said 3WINS got its name from the idea that it is positive for students, participants and the community.

The program, he said, helps people get moving — and meet the federally recommended exercise requirements — without having to pay for expensive fitness club memberships. The federal government recommends that adults get at least 150 minutes of moderate aerobic activity each week and do muscle strengthening exercises at least two days during the week. 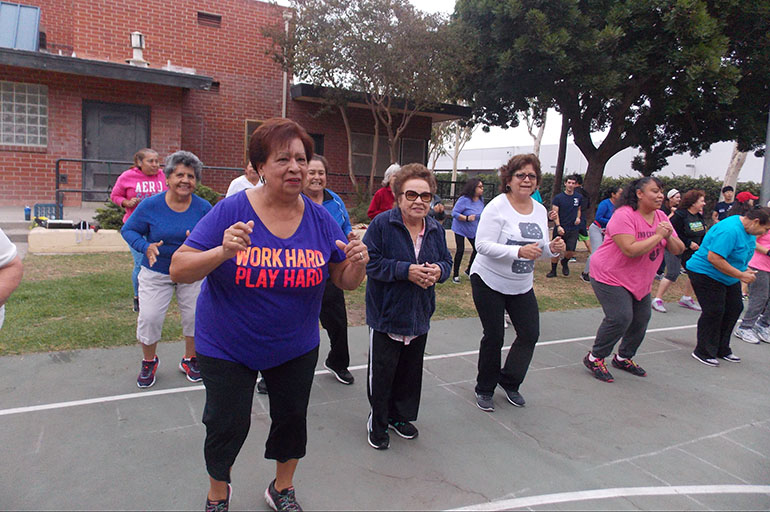 Some of the participants in 3 WINS Fitness have diabetes, high blood pressure or other chronic diseases. The free program gives people a way to exercise without having to pay for expensive gym memberships. (Anna Gorman/KHN)

“We are trying to make it as easy as possible,” said Loy, who teaches kinesiology and exercise physiology. “It provides an avenue for people to exercise who either can’t afford it or aren’t comfortable in a traditional gym setting.”

That’s what attracted Maria Barajas to the classes. Exercising at the park is “way better than the gym,” the 59-year-old said. She likes the students’ energy and has developed friendships with her exercise partners. “This is like my other family,” she said.

Free park-based programs like 3WINS help increase physical activity among low-income residents and can prevent or lessen the impact of chronic diseases, according to Deborah Cohen, senior scientist at the RAND Corporation who conducted an evaluation of the program in 2015.

“One of the most potent medicines is regular physical activity,” Cohen said.

She found that programs like Cal State’s give people the motivation to use parks for exercise, and that such collaborations could be a model for other communities trying to increase the physical activity of their residents and reduce chronic diseases. While other parks around the nation offer recreation or exercise classes, they typically aren’t free. Overall, Cohen said, parks are underused, especially in low-income areas. And park-based programs that do exist generally target young people rather than adults and seniors, according to another study by Cohen. 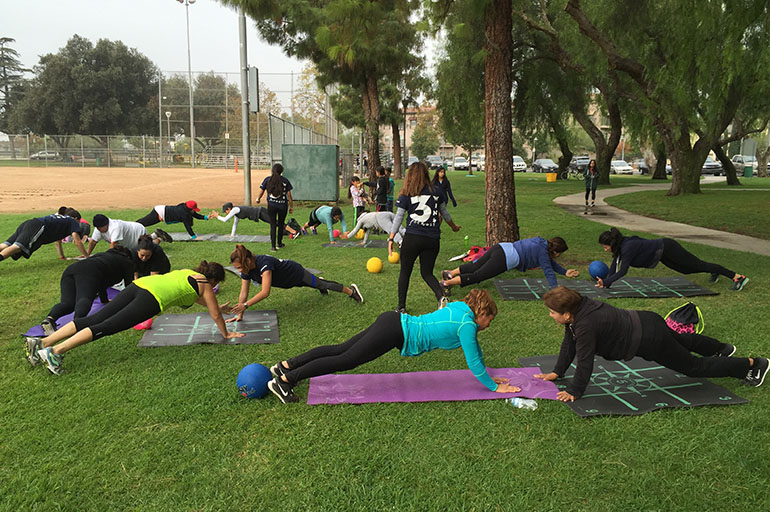 Students are eligible for academic credit for their work with 3 WINS Fitness. (Anna Gorman/KHN)

The Cal State program, which was recognized by Michelle Obama’s Let’s Move campaign, is unique because of the partnership between parks and state universities, Cohen said.

At Recreation Park, participants also can have their blood pressure checked and participate in student-run diabetes prevention and management classes.

Students can receive academic credit for volunteering, which Loy said gives the program built-in sustainability and eliminates the need for outside funding. The students not only apply what they are learning in class but also gain business and leadership skills.

One of the volunteers, 24-year-old Aidee Corona, said she was interested in the program because her mom and grandma both have diabetes, and she wanted to see how exercise could help people change their lifestyles.

Corona said that since she started volunteering about two years ago, she has learned more about how to communicate with people and “how to motivate them to keep exercising.” She graduated in the spring and said she is planning to become a physical therapist.

Celeste Alcala, who is in her second year at Cal State Northridge, said she was a little intimidated at first but soon became more comfortable leading the groups. “I have definitely grown a lot as a person,” she said. “It’s a good learning experience.”

Alcala said she is glad to be able to use what she is learning in kinesiology classes, including how different exercises work different parts of the body. “It is a lot different when you read something and when you see it in person,” she said. 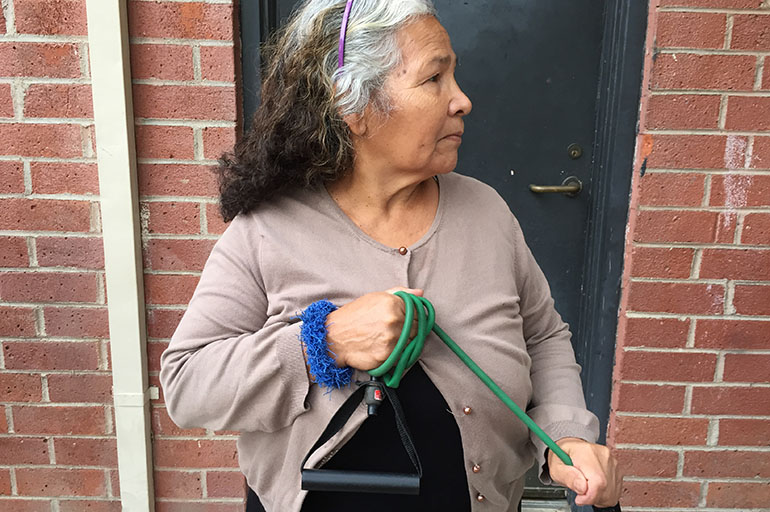 Before the San Fernando program started, Recreation Park was frequently empty, said Ismael Aguila, the city’s director of recreation and community services. The city rarely could get enough people to participate in a low-cost exercise class. People regularly took naps in the park, he said.

“The parks here in the city were suffering significantly,” Aguila said. “They were really underutilized.”

The free boot camp run by the students attracted people to the park and gave the city momentum to get more involved in public health efforts, Aguila said. Now, he said, San Fernando is offering additional classes, which provide revenue that helps pay for equipment used by the 3WINS volunteers.

Cohen said all parks should have exercise programs to help increase physical activity around the nation. “That would promote health and well-being and it could reduce health care costs,” she said.