BUFFALO, N.Y.— Huddled over a small kitchen table in his family’s apartment, Rifat, 9, ponders his homework with the help of his father and an Arabic translation app on a cell phone. He arrived in this tranquil city, perched on the edge of Lake Erie, with his parents and two siblings last year after fleeing Syria’s protracted civil war, unburdened by possessions and overwhelmed by painful memories.

“Some bullets came to my house and went through the window,” said Murhaf, Rifat’s father, who asked that his last name not be used to protect his family still in Syria. “I was afraid for the safety of my kids. They never sleep.”

Syrian and Iraqi refugees have been arriving in Buffalo with decidedly different medical and mental health needs than the previous waves of refugees from Myanmar, Bhutan, Sudan and Somalia, say local resettlement agencies and primary care physicians. Refugees from poor countries can languish for decades in refugee camps without access to medical care, and they often arrive in the U.S. with tuberculosis, malaria and childhood malnutrition.

But many Syrians and Iraqis grew up in what were once middle-income countries with modern, if fragmented and imperfect, health care systems in their larger urban centers. Once engineers, teachers and other professionals, they are more likely to have diabetes and hypertension than TB or malaria. When they arrive in their adopted homeland, they suffer not from diseases of poverty, but from fresh memories of war.

“As we start to have an increase in Iraqi and Syrian refugees, the trauma is much more recent and ongoing,” said Karen Andolina Scott, executive director of Journey’s End Refugee Services. That’s different, she added, “than people coming from camps where the conflict that caused them to flee may have been some time ago.”

The civil war that erupted in Syria in 2011 has, so far, unleashed an exodus of more than 4 million refugees. President Barack Obama has pledged to accept 10,000 of them into the U.S., and resettlement agencies in Erie County — home to Buffalo — expect to aide some 1,500. Between 2010 and 2014, 6,294 refugees resettled in Erie County, including many Iraqis, according to the New York State Bureau of Refugee and Immigrant Assistance. Dr. Myron Glick, founder and chief medical officer of Jericho Road, a community clinic in Buffalo that has long treated refugees from all over the world, says post-traumatic stress disorder, anxiety and depression are common among these new arrivals. 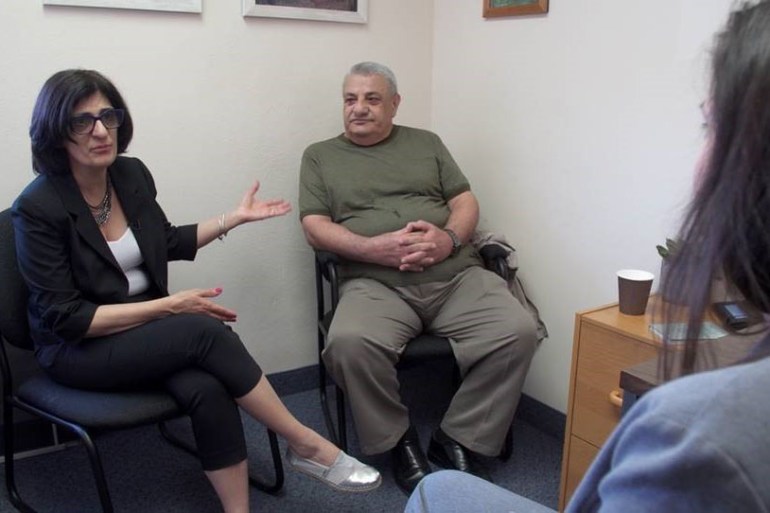 One Iraqi patient, Glick said, “witnessed his parents and five siblings blown up at one time. He was the only survivor for his whole family and that leaves a lasting impact, and it’s not easily cured.”

Arabic interpreters struggle to explain a patient’s symptoms and a doctor’s diagnosis; words and phrases that have no English equivalent, and medical terms like PTSD and depression that are unfamiliar.

“They say, ‘That never existed in my country,” said Kowsar Ali, a Somali and Arabic interpreter at Jericho Road. “There is [no such thing] as depression.’”

Primary care physicians often refer refugees who complain of headaches, stomach aches and pains with no medical cause to mental health counselors who can probe for psychological disorders.

“When you start asking more questions, you’ll find out that maybe they’re not sleeping at night, their appetites aren’t good. Maybe they’re having flashbacks or nightmares, worrying that something is going to happen to them,” said Elizabeth Ganga, chief operating officer at Lake Shore Behavioral Health. Many understandably experience symptoms of depression, she said, including staying in bed and excessive crying and worrying. 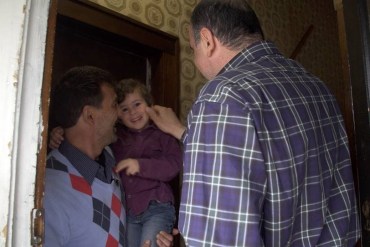 With so many arrivals from active war zones, the State University of New York at Buffalo and local resettlement agencies established, in June 2014, the Western New York Center for Survivors of Torture, where Dr. Kim Griswold, an associate professor in the department of family medicine, conducts forensic exams to document atrocities.

“The folks that we’ve seen have been horribly tortured physically,” said Griswold, “with scars to prove it — amputations, cigarette burns, whipping.”

Every refugee, it seems, has a harrowing story that led them to Buffalo.

Shiite militiamen kidnapped Kareem Khaleefah, a former car mechanic for the U.S. Army and U.S. security contractors, and 20 other men in Baghdad. The men were lined up and shot with automatic guns. Miraculously, the bullets missed Khaleefah’s chest and struck his legs. As he watched the men around him felled by bullets, he fell too. He lay there for three hours, pretending to be dead, he said, “because this is the only way they’re going to get away from us. And they left after they make sure everyone is passed away.”

He remained on the ground until nightfall and then, barely able to walk, found a taxi to take him to the Green Zone, the government’s heavily fortified hub, in Baghdad.

For some, the memories are so debilitating, they can barely leave home and depend on visits from mental health counselors. Ali Kadhum, an Iraqi refugee who arrived in Buffalo in 2008 is now a mental health counselor at Lake Shore Behavioral Health. He says many older Iraqis once lived prosperous, vibrant lives; they were educated, held steady jobs and took pride in leading their families.

He often visits Saja Alnaqeeb who was tortured in Iraq in 2005. After stops in Syria and Turkey, she arrived in the U.S. with her husband, Mahmoud Al Mafrachi, and one of her four children. Her eyes well up at the memory of how she was brutalized.

“My family, they sometimes they wake up, they find me screaming at night with these nightmares,” she said.

Medication has quelled her nightmares, but the television in her tidy apartment is on much of the time with news of more bombings in Iraq, and she worries about her children and grandchildren still in Baghdad. Her 5-year old grandson recently survived a kidnapping attempt.

“My mind is about them,” Alnaqeeb said, “Every time they mention to me they are unsafe, they are getting threatened. They move their place from place to place just to make sure that they protect their kids and family.”

Her family is now scattered precariously across the globe: One son escaped to Germany, while another son and her only daughter try to find the money they need to leave Iraq. Alnaqeeb says she is old, and she worries there may not be enough to time to reunite.

More than three years have passed since Murhaf, the Syrian father recently resettled to Buffalo, has seen the family he left behind.

“Every day in the morning when I wake, I have to check on everyone [over the Internet],” Murhaf said. “I have to hear their voice. Every one of them.”