State legislators and advocates are racing to get federal approval in the waning months of the Obama administration for a proposal to allow immigrants living in the U.S. illegally onto the California insurance exchange.

Fearful that a new administration will torpedo their plans, they are working hard to win legislative support in California and clear other hurdles at the state and federal level.

State Sen. Ricardo Lara, D-Bell Gardens, is carrying a bill to allow people living in the country illegally to purchase health insurance — on their own dime — through the state exchange.

The proposal needs federal approval to modify the marketplace set up under the Affordable Care Act, which specifically prohibits such immigrants from joining the exchanges. Lara’s bill SB10 would compel California to seek that approval.

The measure “is consistent with [President Obama’s] values of immigrant integration,” said Lara. “We’re very confident we’re going to be able to get this done.” 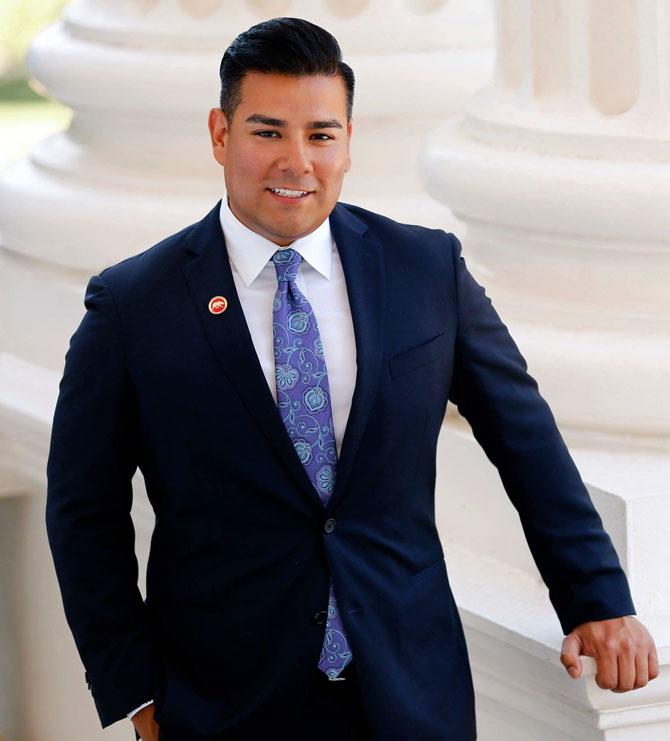 Lara put an urgency clause on the legislation to increase the chances the request will reach Washington, D.C. before Obama leaves office in January. Bills with urgency clauses require a two-thirds majority to pass California’s Legislature, and with the current make-up of the State House, Lara’s measure would need at least a few Republican votes. Its next test is in the Assembly appropriations committee on Wednesday.

Leaders of the California Republican caucus in both legislative chambers declined to comment on whether the bill has enough support to pass. But a Republican strategist said the California GOP might be more likely to support the measure than its national counterpart, to avoid ceding the state’s Latino vote to the Democrats.

“Elected Republicans in California know the party has no future in speaking out [against} those issues,” said Rob Stutzman of Stutzman Public Affairs in Sacramento. “They need to be able to add immigrant voters down the road.”

Even if the proposal is approved by California lawmakers, however, it faces significant obstacles after that — even under the Obama administration.

“It would be … a struggle to get a proposal in a form that it could be approved by this administration,” said Michael Kolber, who, as a healthcare associate with the New York law firm Manatt, Phelps & Phillips, advises the private and public sector on the Affordable Care Act.

For one thing, public comment and federal review requirements could cause delays, Kolber said.

And even if the proposal works its way through that maze and is reviewed by the Obama administration, he said, it may not be approved because of current federal guidelines.

The U.S. Department of Health and Human Services has strict rules for modifying the Affordable Care Act marketplaces. They might have been put in place to avoid creating a precedent that opens the door to future changes the current administration would deem “less palatable,” Kolber said.

Presumptive Republican nominee Donald Trump says he wants to repeal the Affordable Care Act and has vowed to deport undocumented immigrants from the United States.

Both Democratic presidential candidates, former Secretary of State Hillary Clinton and Sen. Bernie Sanders of Vermont, support the idea of unauthorized immigrants buying unsubsidized health coverage. But whether their administrations would be able to follow through is uncertain.

Administrative hurdles aside, the proposed change in California would have to withstand the storm of the nation’s immigration debate.

Those who seek stronger immigration controls don’t look kindly on extending benefits to people in the country illegally — a tack California has repeatedly taken, most recently in the realm of health care: This month, undocumented children will start receiving full Medi-Cal benefits, and dozens of Northern California counties will start covering primary care and prescription drugs for the undocumented.

Allowing adults on the insurance exchange “is another step in California’s relentless effort to … eliminate any kind of distinction between people who are in the country illegally and people who are here legally,” said Ira Mehlman, media director for the Washington D.C.-based Federation for American Immigration Reform.

Mehlman said the Covered California proposal could lead to taxpayer-funded health care for people who have violated the law.

“First you say they should be eligible, then you come back and say no one can afford it, so now we have to start subsidizing it,” he said. 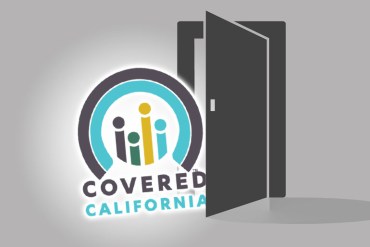 Advocates of the change see it entirely differently. California would be opening up a marketplace to potential buyers, not giving a “handout,” said Sonya Schwartz, a research fellow at Georgetown University’s Center for Children and Families.

“These immigrants “should be able to have a basic quality of life,” Schwartz said, adding that their good health is important to everyone.

“These are families who are in our same supermarket — we want to make sure they’re getting inoculations,” she said.

As many as 320,000 immigrants now excluded from coverage on the exchange in California could be in the market to buy plans through Covered California, according to the University of California, Berkeley Labor Center.

Though these immigrants may already purchase health plans on the private individual market, proponents of the change say allowing them to enroll through Covered California would make it easier for families with mixed immigration status. Family members could enroll all at once through the state exchange system — though Covered California insurance would not necessarily be less expensive than the private market for the ones who are in the country illegally.

The potential new market for health plans sold on the exchange would include the landscapers, restaurant owners and bakery workers whom Covered California enrollment assistant Adriana Jimenez meets every year in Anaheim.

Many times the parents are here illegally and are ineligible for Covered California or Medi-Cal — but their kids qualify for coverage, said Jimenez, program director at Give For a Smile, a nonprofit that helps low-income families navigate the healthcare system.

Jimenez acknowledged that even if the families were allowed to buy insurance through Covered California, they could be priced out of the market without government subsidies.

“But at least they [would] have the option to buy something” to cover everyone, she said.

Rushing To Move Excluded Immigrants Into Obamacare — Before Obama Exits