Millions of Californians will receive Obamacare-related tax forms this year for the first time — if they haven’t already — including some 13 million who had Medi-Cal coverage in 2015.

These forms, called 1095s, will help you prove to the Tax Man you had health insurance last year and don’t owe the Obamacare tax penalty for being uninsured.

But already, some Medi-Cal and Covered California enrollees are discovering errors, and they will have to wait for fixes.

“I received forms from both Covered California and Medi-Cal that were both completely inaccurate,” says Aimee Roolvink, 44, of Glendora.

“Good luck trying to file your taxes with forms that have inconsistent numbers.”

Today, I’ll explain who will receive the forms and what to do if they contain inaccuracies.

This form, which comes from health insurance exchanges, lists the amount of tax credits you received to help pay your premiums.

“In terms of taxes, these forms are the most critical,” says Debra Hammer of Intuit TurboTax.

Why? When you enrolled in your plan, you were asked to estimate your 2015 income, which determined your federal tax credits. When you complete your taxes this year, you’ll have to report whether your actual income varied from your estimate.

Since most of you received your tax credits in advance, you may either owe or be owed money if there’s a difference. 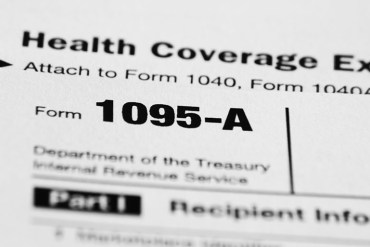 So, if you find mistakes on your form, request corrections quickly.

If there’s a mistake in the amount of tax credits you received or which months you were covered, or if your form is missing household members, fill out a dispute form online or call the same phone number to have the form filled out for you. You can find the dispute form via www.CoveredCA.com/members.

The agency says it will issue corrected 1095-As within 60 days of submission, though it blew the deadline for many consumers last year.

1095-B forms are distributed by government-sponsored health programs, some employers and health insurance companies for policies purchased outside exchanges. 1095-C forms are issued by large employers and generally follow the same rules as 1095-Bs.

The IRS has extended to March 31 the deadline for sending the B and C forms to you.

These forms are primarily informational and show which months you had coverage.

If you have a B or C form and had insurance all of last year, you can just check a box on your tax return, Hammer says. If you didn’t, you may owe a tax penalty — unless you qualify for one of Obamacare’s many exemptions.

But you still need to make sure your forms are accurate, because the information is transmitted to the IRS, she says.

The Department of Health Care Services (DHCS), which administers Medi-Cal, is among the agencies sending out 1095-B forms for the first time. The department has established a toll-free help line (844-253-0883) that received more than 11,000 calls in January and more than 23,000 since November.

Confusingly, that phone number isn’t for people who discover mistakes on their forms. For that, you must contact your county Medi-Cal office to request a correction.

If you receive Supplemental Security Income (SSI) or State Supplementary Payment (SSP) benefits, you must contact the Social Security Administration to update your information before you request a corrected form from your county, the department says.

Some large counties have dedicated phone lines to handle changes to Medi-Cal cases, which may include 1095 form corrections, says Cathy Senderling-McDonald, deputy executive director of the County Welfare Directors Association of California. Ask if your county is one.

“In order to give the client … the revised information, the county needs to either be able to submit a request for a reprint to the state or print it out directly,” Senderling-McDonald says.

Counties can’t do that yet because the state computer system “has not been programmed to allow for reprints to be done,” she says.

That changes March 1 for information reportable to the IRS, says Tony Cava, DHCS spokesman. After that date, corrected forms will be mailed to consumers within 30 days of a request for fixes.

For information not reportable to the IRS, such as errors in personal information, replacement forms will be available starting April 1, he says.

Since that’s just two weeks before the tax filing deadline, it’s important to remember you can file your taxes while you await corrections to B and C forms.

“If you believe you had Medi-Cal for 10 months of the year, go ahead and fill out your tax form showing 10 months,” says Jen Flory, senior attorney at the Western Center on Law & Poverty.

Roolvink, the Glendora resident, submitted her Covered California dispute form in January and has spent dozens of hours on the phone trying to reach someone in her county Medi-Cal office. She’s still waiting for corrections to both 1095 forms.

Her forms showed that her husband and two daughters were on Medi-Cal when they actually had Covered California plans, she says.

“To say this is a problem is really an understatement,” she says. “It’s been a nightmare.”