UKIAH, Calif. — Once a week, Dr. Diana Sylvestre puts her medical expertise to use in a rickety old house frequented by drug users in this small Northern California city.

She sets up in a stuffy office no bigger than a walk-in closet, just feet from a room where people who shoot heroin or methamphetamine drop off used needles and pick up clean ones. The needle exchange and Sylvestre’s makeshift clinic are under the same roof, part of a program run by the Mendocino County AIDS/Viral Hepatitis Network.

Sylvestre comes here in part to treat young drug users, people who are often homeless or suffering from mental illness, many of them newly infected with hepatitis C. She doesn’t see many of them at a hepatitis C clinic she runs in Oakland.

The opioid addiction crisis has engendered an unfortunate side effect — an epidemic of new hepatitis C infections, mainly among young people who share infected needles. Although people over age 52 still account for the largest share of chronic hepatitis C cases, the highest number of new infections occurs among people in their 20s.

From 2009 to 2015, the rate of acute hepatitis C cases in the United States roughly tripled among people in their 20s, and it more than doubled among people ages 30 to 39, according to the Centers for Disease Control and Prevention.

In California, newly reported cases shot up 55 percent among men in their 20s and 37 percent for women in that age range from 2007 to 2015, the California Department of Public Health (CDPH) said.

The wave of hepatitis C infections among young people is “cause for alarm,” said John Ward, the CDC’s viral hepatitis director. The agency is studying the best ways to treat this population, he said, adding that a new “front of attack” is needed. Health experts and doctors like Sylvestre say that battle may be best waged outside traditional health care settings, in places frequented by young drug users. 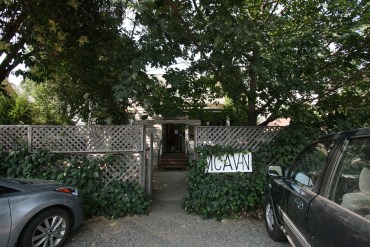 At the needle exchange in Ukiah, caseworkers give $7 Subway gift cards to people who agree to be tested for hepatitis C. Those who test positive can visit Sylvestre and try to qualify for expensive new medications that wipe out the virus. Drug users can also get help for their substance abuse.

Patient advocates say this kind of on-site treatment is an anomaly in California, where only a few needle exchanges offer such services.

Treating young drug users is not easy, Sylvestre said. Their lives are chaotic, which makes it difficult to start or continue their medication. “They’re frequently homeless; they have untreated mental illness,” she said. “They aren’t the most reliable people in the world.”

The surge in hepatitis C cases among young people doesn’t surprise 28-year-old Stephanie Clarizio of San Francisco. She injected heroin for about six years, starting in her home town of Atlanta. Clarizio said many of her friends who used intravenous drugs there knew about the risk of hepatitis C, and many of them contracted the virus.

“Everyone kind of knows about it,” Clarizio said. “You just don’t care.”

Clarizio had hepatitis C for a couple of years before she was cured in San Francisco while in rehab for heroin addiction.

Experts and government officials say they’re concerned about the surge among young people, who are more challenging to treat because many of them do not regularly see a doctor.

Many people who have been recently infected don’t experience symptoms of the viral disease. Left untreated, hepatitis C can cause severe liver damage or cancer later in life.

While the baby boomer generation, defined by the CDC as those people born between 1945 and 1965, still accounts for three-quarters of chronic cases, University of California-Berkeley epidemiologist Art Reingold suggests the public health response should target the newly infected population.

“The prevention opportunity is much greater” when treating the younger generation, Reingold explained. “If you’re working on a group that’s already got [75 percent] of the people infected, your opportunity to prevent new infections is much smaller.”

Dr. Heidi Bauer, chief of the sexually transmitted diseases control branch at the state Department of Public Health, said she encourages local health departments and community-based organizations to be creative about treating the younger population.

“We ask for people to think beyond that baby boomer box,” Bauer said. Public health organizations “can take their services on the road, so to speak, and they can make an extra effort to reach populations that may be more at risk.”

Dr. Sylvestre has been doing just that for more than a year. “If they’re not going to show up in our medical facilities, we need to go out where they are there,” she said.

Ashley Greene, a 29-year-old resident of Eureka, Calif., said treating young drug users for hepatitis C at needle exchanges is a good strategy. Greene recently recovered from the disease, which she said she contracted injecting cocaine as a teenager. She also used heroin on and off until 2011.

Greene feels much more energetic, clear-minded and optimistic about life since she was cured of hepatitis C, and she supports anything that educates young drug users about treatment, she said.

Not all will be ready for treatment, but at least “you can lead them to water,” she said.

Treating The New Hep C Generation On Their Turf