The University of California regents have agreed to pay nearly $8.5 million to settle two lawsuits alleging a well-known UCLA spine surgeon failed to disclose his conflicts of interest with a leading device maker before using the company’s products in harmful surgeries.

The regents agreed to pay $4.2 million to Jerome Lew, a 52-year-old screenwriter in Orange County, and $4.25 million to Ralph Weiss, a 61-year-old attorney in Calabasas. The two patients alleged their surgeries led to complications, recurring pain and the need for additional operations.

In both cases, Wang implanted Medtronic’s controversial bone-growth product in an “off-label” way not specifically approved by the Food and Drug Administration, according to the lawsuits.

Doctors are legally allowed to use medications and devices in an unapproved manner, if they think it’s the best way to treat patients. But the plaintiffs argued that Wang deceived them by failing to obtain their consent for the “off-label” use and by not disclosing the tens of thousands of dollars in financial support he had received from Medtronic over the years.

And Lew alleged that Medtronic promoted off-label use of its products to Wang and UCLA, which generally is not allowed under federal law.

“I chose UCLA and Dr. Wang for my spine surgery based upon their sterling reputations,” Weiss said. “I was astonished and offended when I found out about the conflicts that were never disclosed to me.”

The UC system and Wang, now co-director of the University of Southern California Spine Center, denied any wrongdoing in court documents. Wang, through his attorney, declined to comment.

In a statement, the UCLA Health System said the regents agreed to settle the two cases “so that UCLA Health and the David Geffen School of Medicine at UCLA could move forward with their ongoing commitment to excellence in patient care, research, education and community service.”

Medtronic denied any wrongdoing and said it did not promote off-label use of its products. The company was dropped as a defendant in the Weiss case and it agreed to a separate, confidential settlement with Lew.

The device maker said there was no conflict of interest in the Lew case. “Dr. Wang was not paid for using the Medtronic products used in the surgery and as of the time of the surgery involving Mr. Lew, he was not a consultant for Medtronic,” the company said in a statement.

UC and Medtronic had tried to keep emails and other information unearthed by the lawsuits under seal. But a Superior Court judge denied that request, saying they were public records involving a state institution.

The cases shine a light on the controversial role industry money continues to play in research and patient care at academic medical centers. Nationwide, doctors and universities have come under increasing scrutiny over the money they receive from drug and device makers. Although the rules for accepting money vary widely among institutions, Congress in recent years has required all drug and device companies to publicly disclose their payments.

The total amount companies paid to doctors and teaching hospitals in 2015, according to the new federal data, was $6.5 billion.

Wang played a role in spurring Congress to impose those rules in 2010. A 2009 U.S. Senate investigation into industry payments accepted by dozens of doctors across the country found that Wang failed to report nearly $460,000 he received from Medtronic and other companies on annual disclosure forms required at UCLA.

From 2004 to 2013, Medtronic paid Wang more than $275,000 for product royalties, consulting work and lectures, according to the Senate investigation and UCLA records.

During 2014 and 2015, while at USC, Wang received no money from Medtronic but did collect $1.4 million from other device companies, according to the federal data.

Wang, who joined UCLA in 1997 and was named executive director of its spine center in 2003, is considered one of the top specialists in his field. A frequent speaker at international medical conferences, he serves as a board member of the North American Spine Society and offers second opinions to injured players in the National Hockey League.

In the past, he has defended industry collaboration as a way to foster medical advances.

“If surgeons are discouraged from working with private companies to develop surgical products, the patients we are trying to protect will lose the benefit of improved treatment options,” Wang wrote in a 2008 letter to UCLA officials who were responding to the Senate inquiry. 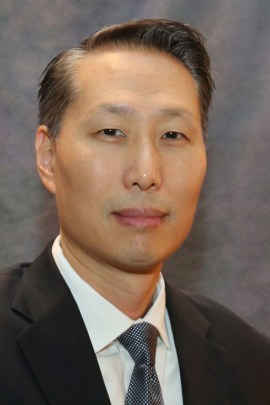 In the two recent lawsuits, the patients alleged that Wang and Medtronic crossed the line in their effort to experiment with Infuse, a genetically engineered human protein that helps grow artificial bone.

The FDA cleared Infuse for use in the lower back in 2002, and more than 1 million patients have had it implanted. However, many Infuse patients have reported problems and hundreds of people have filed lawsuits as a result. The rate of complications prompted government investigations, and researchers began to question some of the data doctors published to support the product’s widespread use.

In Lew’s case, documents submitted as evidence suggested that Medtronic employees promoted spinal implants for uses that were not cleared at the time by the FDA.

One was a May 2007 email to Wang from Paul McClintock, a district sales manager at Medtronic. McClintock provided the surgeon prices and information about new, smaller doses of Infuse that had received FDA approval for use in oral and maxillofacial procedures — but not the spine.

Nearly a year later, in an April 2008 email to a UCLA official filed in court, McClintock noted that the spinal cage known as Anatomic Peek was approved for procedures in the upper, lower and middle back but “many surgeons choose to use it in the cervical spine,” or neck area.

At the time, Medtronic had a warning against that on the cage’s label. And in July 2008, the FDA issued an alert about the dangers of implanting Infuse in the neck due to the risk of excessive bone growth.

Even so, in 2009, Wang implanted Medtronic’s Anatomic Peek cage into Lew’s neck along with Infuse after he was injured in a car accident, according to court documents. A Medtronic salesman joined Wang in the operating room at UCLA’s Santa Monica hospital, medical records show.

Lew alleged in his lawsuit that he continued to suffer hand and neck pain and developed new symptoms, such as difficulty swallowing. It took another three years, in 2012, before Lew found out what devices Wang had implanted and discovered that his surgeon was being paid by Medtronic, according to his suit.

Robert Vaage, a San Diego attorney representing both plaintiffs, said UCLA was aware of Wang’s conflict of interest with Medtronic but did nothing to address it because he “was bringing a lot of business into the university from the number of procedures to the amount of clinical studies he was doing.”

For his part, Weiss contended in his lawsuit that he wasn’t informed that Infuse would be used in an unapproved way during one of Wang’s surgeries at UCLA’s Santa Monica hospital in 2010. During a follow-up surgery by another doctor at UCLA, the bone-growth product was put in an infected area and without any cage, which are both potentially harmful uses, the suit said.

He continued to suffer pain and faced more corrective surgery, according to his complaint.

Lawyers for the UC regents said in court filings that both Lew and Weiss signed consent forms explaining their surgeries and the risks involved. The UCLA Health system also said in a statement that it “takes seriously its duty to manage relationships with industry in a responsible manner.”

The two settlements follow a $10 million payout in 2014 by the university system to one of Wang’s former bosses, Dr. Robert Pedowitz, former chairman of UCLA’s orthopedic surgery department.

Before that whistleblower retaliation case was settled, Pedowitz testified that he had told university administrators that Wang and some of his fellow surgeons were putting patient care at risk by accepting so much corporate money. He alleged that UCLA looked the other way because it stood to benefit financially from the doctors’ activities.

UCLA denied Pedowitz’s allegations, and officials said they found no wrongdoing by faculty and no evidence that patient care was jeopardized. But the UC system paid him anyway, saying it wanted to avoid the “substantial expense and inconvenience” of further litigation.