Joanna Joshua, 39, panicked when she opened a letter from her family’s insurer, Cigna, only to learn it was pulling out of California’s individual market next year.

The Santa Clarita resident would have no choice but to change health plans.

“What am I going to do?” Joshua wondered. Her 2-year-old daughter, Jasmine Winning, needs heart surgery next year because of a rare disease she’s had since birth. The toddler has had two heart operations already because she was born with a malformed heart — a condition resulting from Heterotaxy syndrome, in which internal organs are not where they should be.

Joshua believes it’s critical to keep the same doctors for her daughter because they know her unique anatomy. Disrupting the relationship between Jasmine and her medical team would be a “threat to her life,” the girl’s mother said.

Cigna’s decision, along with the recent news that Anthem Blue Cross will pull out of the individual market across a large swath of California, has prompted a key state lawmaker to propose legislation that would help seriously ill patients like Jasmine keep their doctors even if those doctors don’t contract with the new health plan.

Anthem cited market instability, tied to uncertainty about federal policy, as a principal reason for pulling out. Cigna also cited instability. State Sen. Ed Hernandez (D-West Covina) said the new bill, which he introduced, would protect vulnerable patients from being harmed by it.

“We have to make sure there’s stability and some calm [for] the consumer,” said Hernandez, chairman of the Senate Health Committee. 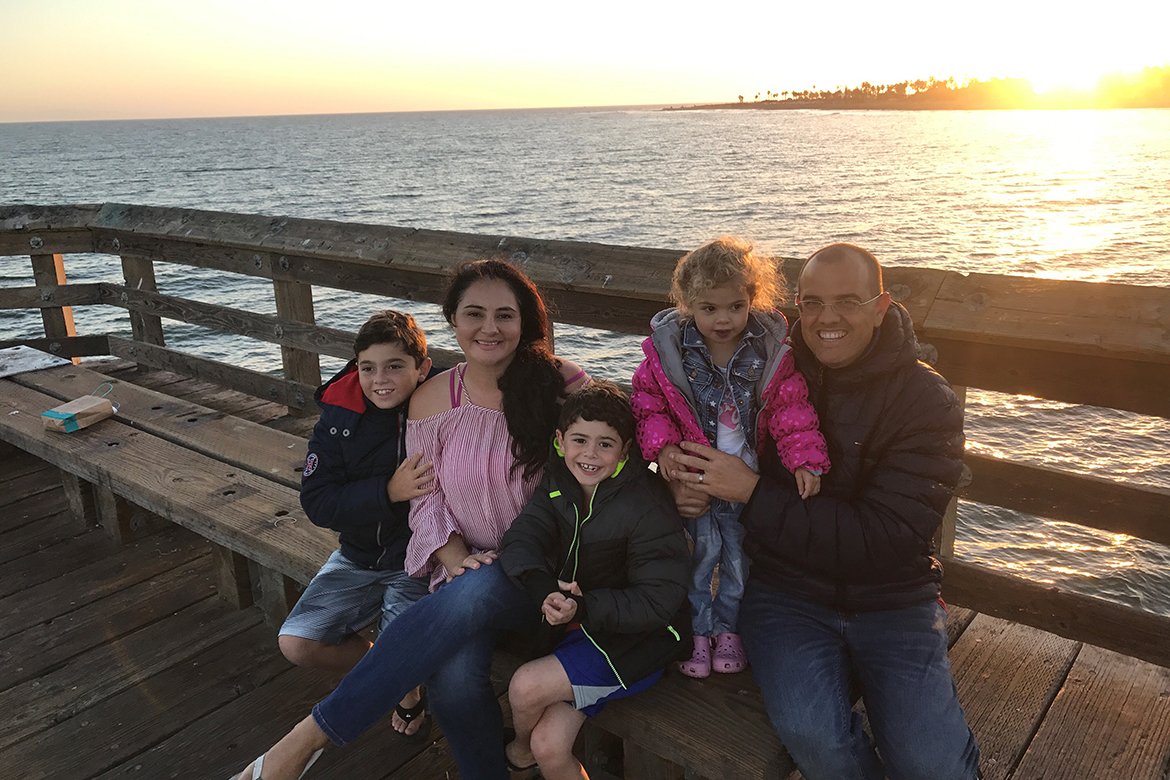 For people who buy their own insurance and have to switch plans because their insurer is pulling up stakes, the Hernandez bill would require the new plan to cover treatment by the same physicians, even if they are not in the new insurer’s network.

The provision would apply for enrollees under treatment for a chronic, acute or terminal illness, and in cases of pregnancy. The coverage would be contingent on the doctor accepting the payment offered by the new health plan, and the insurer would have to continue covering the services of that provider for up to one year. The coverage could extend beyond a year if the patient were terminally ill.

Similar protections already exist for people with job-based insurance policies that are under the purview of state regulators.

Jasmine Winning is the poster child for the proposed new law — literally. If passed, it would be dubbed “Jasmine’s Law.”

Her two operations were performed by Dr. Frank Hanley, a pediatric cardiac surgeon at Lucile Packard Children’s Hospital Stanford. Hanley is not covered by other health insurers selling in the ZIP code where Jasmine and her family live, the girl’s mother said.

Individual policyholders in many other parts of the country could also be scrambling to keep their doctors next year. In Texas, eight health insurers pulled out of the individual market. By next year, Aetna will have completely withdrawn from the 15 subsidized marketplaces where it has sold at one time or another since 2014. Thousands of people in Nevada will not be able to buy subsidized health plans after Anthem pulled back from many counties in that state’s insurance exchange.

The California bill would also modify an existing law that protects patients awaiting organ transplants. Under current statute, people in job-based coverage who are forced to switch health plans can keep their medical teams for up to a year if they’re on a transplant waiting list. The proposed legislation would apply the same rule to people who buy their own insurance. And it would allow both employer-based and individual market enrollees to keep their doctors even longer if it took more than a year for them to get the transplant. They could receive follow-up care from the same medical team after the procedure. 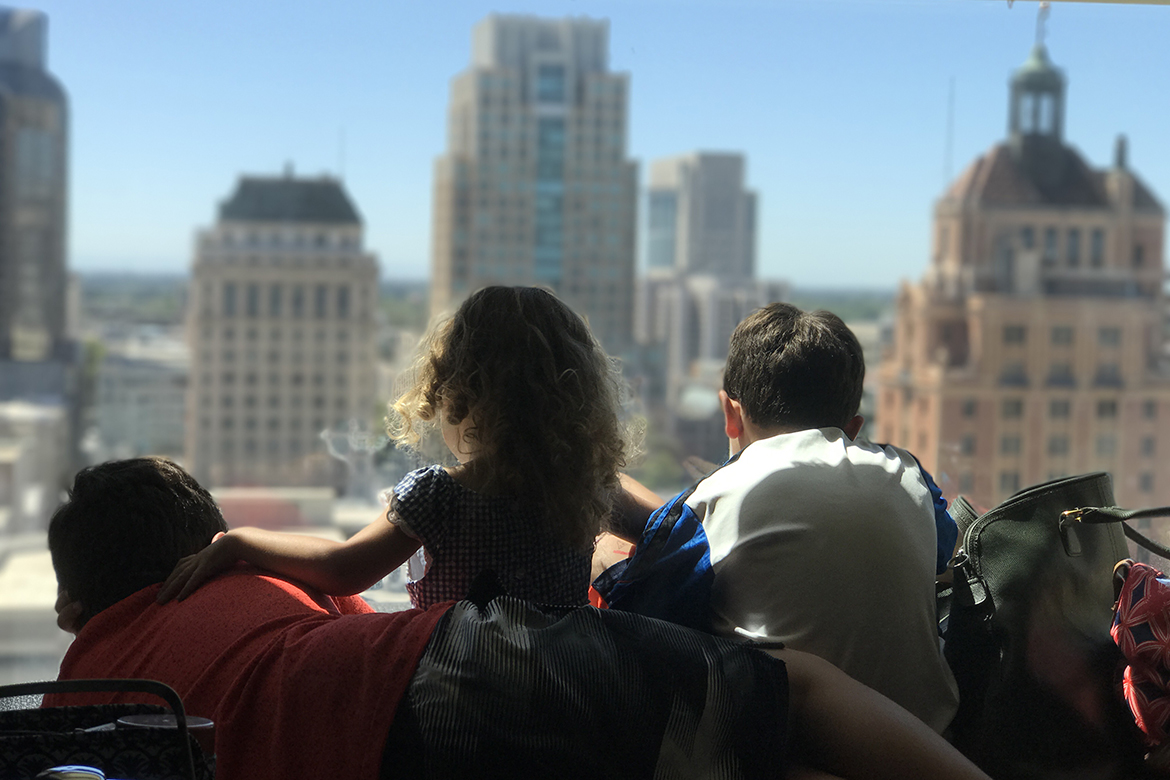 Jasmine Winning traveled to Sacramento this summer with her mother and two brothers, Dylan and Nathan, to ask lawmakers for help ensuring that Jasmine could get covered for heart surgery next year. (Courtesy of Joanna Joshua)

California insurers are particularly concerned about the transplant provision of the bill, saying it could allow patients to see out-of-network providers “potentially for decades.”

Mary Ellen Grant, a spokeswoman for the California Association of Health Plans, said in an email that the transplant patient provision would hamper insurers’ ability to manage the cost of care for all their members.

Roughly 6,000 customers who have individual policies through Cigna will have to find new coverage next year, according to the California Department of Insurance. This year, Cigna is selling individual and family coverage in California’s large urban regions, including the San Francisco Bay Area, Los Angeles, Orange County and San Diego. It does not sell policies on the state’s insurance exchange, Covered California.

A spokesman for the company, Joe Mondy, said in an email that Cigna is discontinuing service to individual consumers next year because of “the relative instability” of the marketplace. People who have job-sponsored coverage with Cigna will not be affected by the decision.

Cigna’s footprint in the state’s individual market has been shrinking for years, said Janice Rocco, deputy commissioner of health policy at the California Department of Insurance (CDI). That may be due in part to the fact that the company declined to participate in Covered California, she said.

In California, it has been more common for insurers to pull out from certain geographic areas than to leave the individual market altogether, Rocco said. But complete withdrawal is not unheard of. Right before Covered California opened for business in 2014, Aetna and UnitedHealthcare stopped selling to individuals, though UnitedHealthcare returned temporarily in 2016 before exiting again this year.

Next year, Anthem Blue Cross plans to close shop for almost 300,000 individual policyholders in about half of California’s counties, and will sell only Exclusive Provider Organization plans (EPOs) in the areas where it remains.

Health consumer advocates say the retreat by the two insurers in California will be a “huge disruption” for patients, and now is the time to protect them with new legislation.

Angela Perry, a policy analyst at Consumers Union, said seriously ill patients should be guaranteed coverage that allows them to stay with providers they know and trust.

“There may be a treatment plan that’s been designed to go on a long period of time,” Perry said. “Changing the provider … throws all of the patient’s treatment into disarray.”

Jasmine Winning’s mom, Joanna Joshua, doesn’t know what she will do about her daughter’s pending surgery at Stanford next year if she can’t find a plan that will cover it.

That’s why after getting the letter from Cigna in June, she drove 350 miles up to Sacramento to knock on the doors of state lawmakers.

‘“It’s not just this kid,” he said. “I’m sure there’s other families that could potentially be facing similar situations.”

What Happens If You’re Forced To Switch Health Plans When You’re Sick?