In 2018, KHN and NPR launched “Bill of the Month,” a crowdsourced investigation in which we dissect, investigate and explain medical bills you send us. In telling the story behind one patient’s bill each month — scroll down for capsules and links — our goal is to understand the genesis of the often exorbitant and baffling charges that pervade the American medical system. But also, we aim to offer ideas for patients and policymakers about how they might redress common patient problems. So far, we’ve examined bills for conditions as minor as toenail fungus (a $1,500-per-month topical medicine) and as major as a “widow-maker” heart attack ($109,000 after insurance). We’ve looked at bills for simple exams ($18,000 for a urine test) and ambulance rides ($57,000 for an air ambulance). Many of the bills miraculously get resolved once our reports come out.

We examine each case in print and on NPR’s “Morning Edition” or “All Things Considered,” where you can hear the voices of the patients affected. Midyear, CBS News joined in, so you can also see us on “CBS This Morning.” Our reporting has been cited in the Senate, motivating proposed legislation on surprise bills. We owe a huge debt to the readers and listeners who have sent in more than 1,000 bills, each one more alarming than the last. They will propel this ongoing project into 2019. 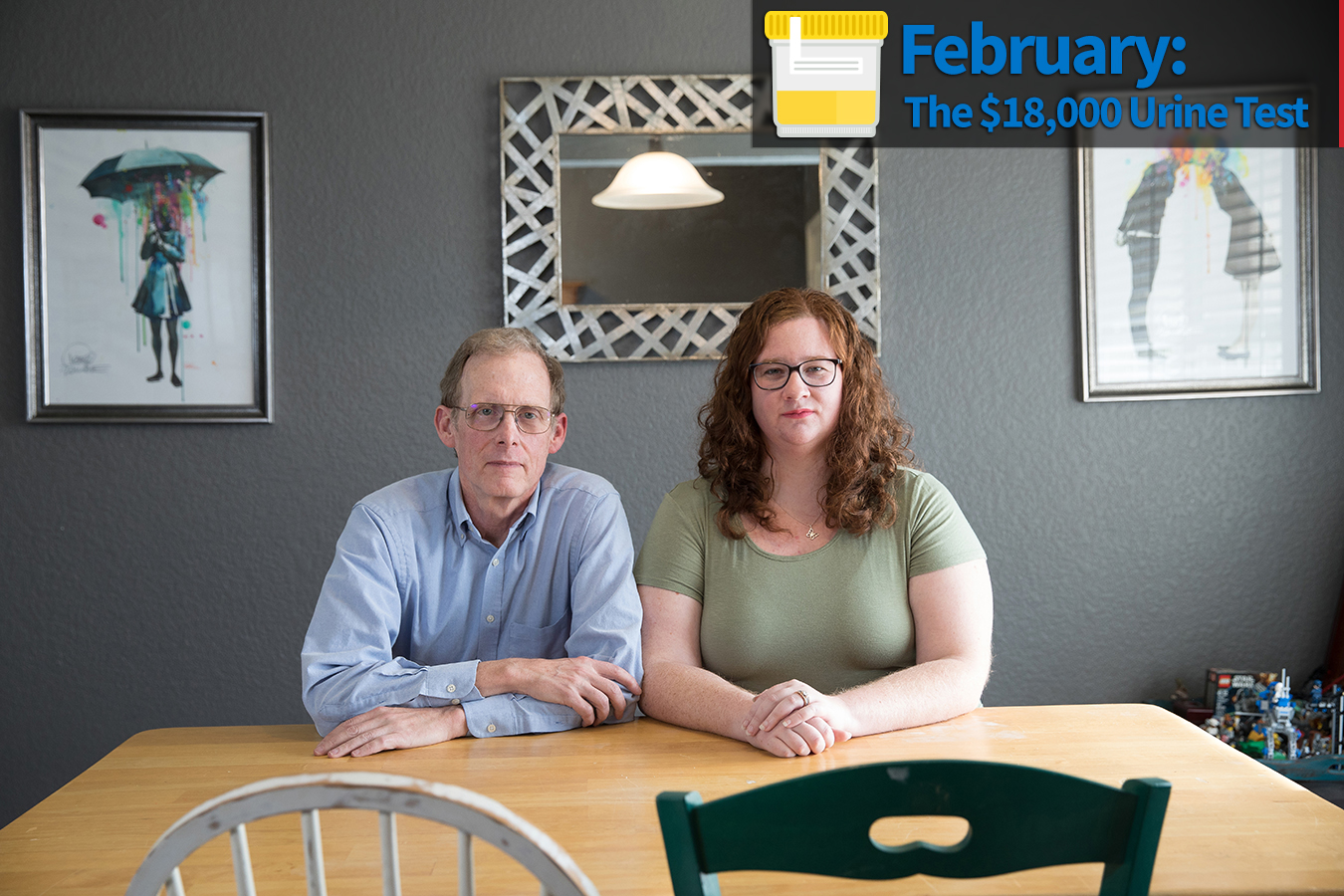 February: Elizabeth Moreno’s $18,000 urine test, purportedly to screen for opioids after surgery. The sample was sent to an out-of-network lab and tested for many drugs. (The results were negative!)

Resolution: Fearing that his daughter’s credit rating would be ruined by this surprise medical bill, Moreno’s father — himself a physician — negotiated to pay $5,000 to resolve the debt. He also reported the lab to the Texas attorney general on accusations of price gouging.

Takeaway: When a physician asks for a urine or blood sample, always ask what it’s for. Insist that it be sent to a lab in your insurance network. 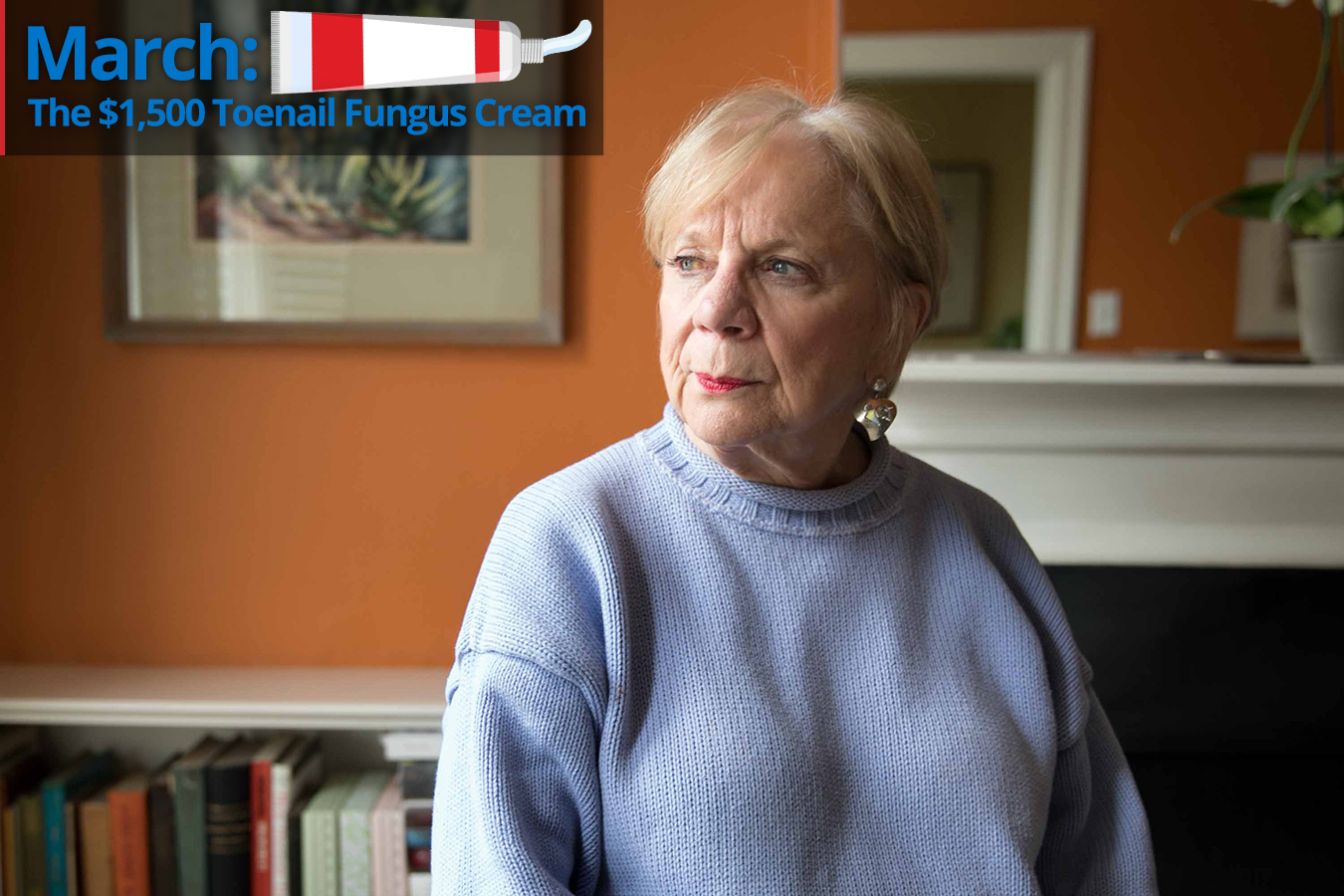 Resolution: Soloviev discovered that the prescription drops were costing $1,500 a month only after two months of use, and she stopped using them. But her health savings account had already been depleted by the charges.

Takeaway: Patients should ask their physicians about the cost of every new prescription and insist on an answer. Your doctor should be able to clue you in that it could be expensive, so that you can ask for a cheaper alternative. (Over-the-counter medicines work as well as the one Soloviev was prescribed.) Even generic or simple medications that seem routine can come with a very high price tag. 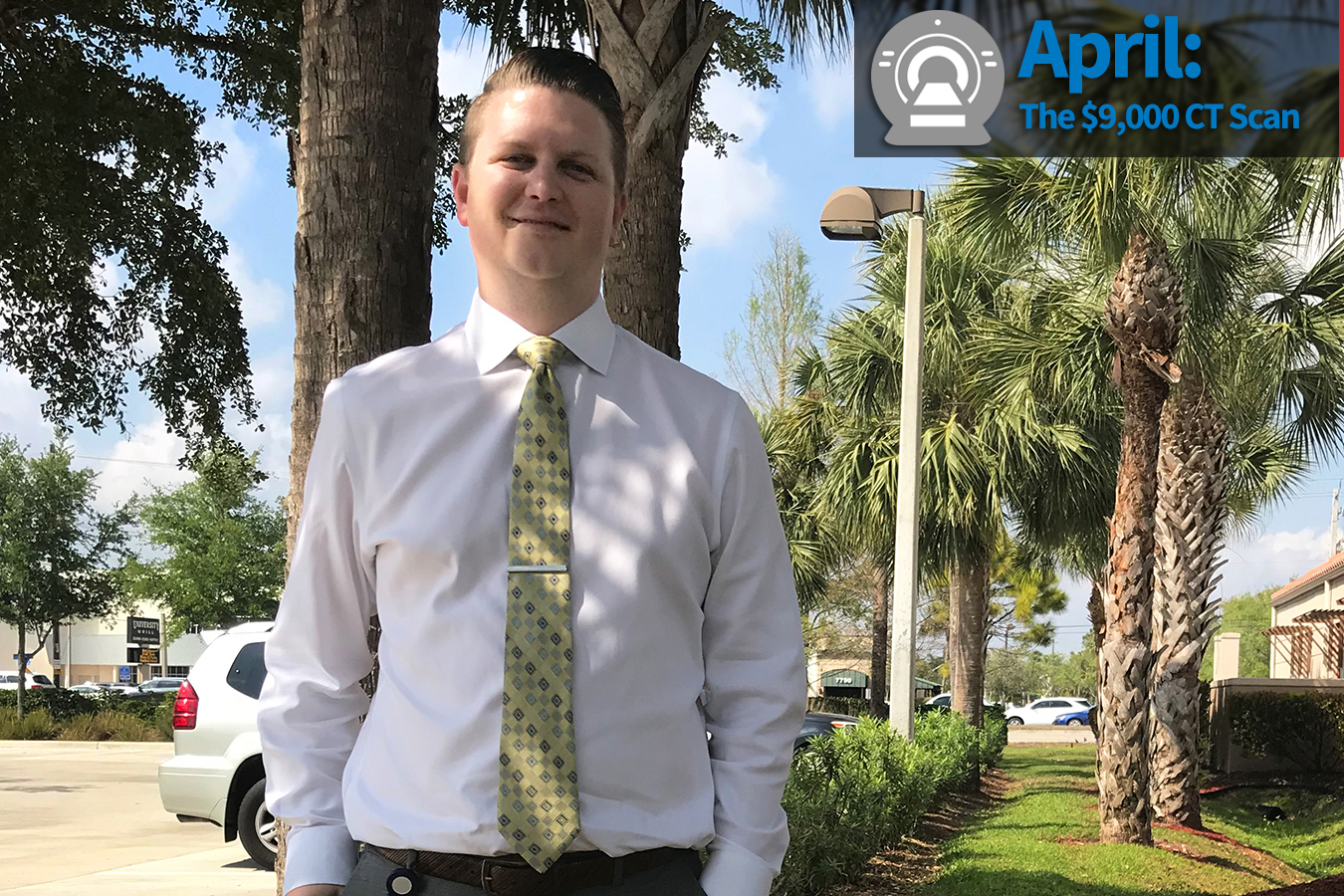 Resolution: His insurer negotiated the price down to $5,516, leaving Hynden to pay over $3,000 according to the terms of his high-deductible plan. The fair price for such a scan in his area is $595, according to Healthcare Bluebook.

Takeaway: Tests and scans performed in an emergency department can be hundreds of times more expensive than the same tests performed out of the hospital — that’s true even with insurance discounts and negotiated rates. Unless you’re really ill, opt to get follow-up scans and tests at a non-ER and non-hospital facility. 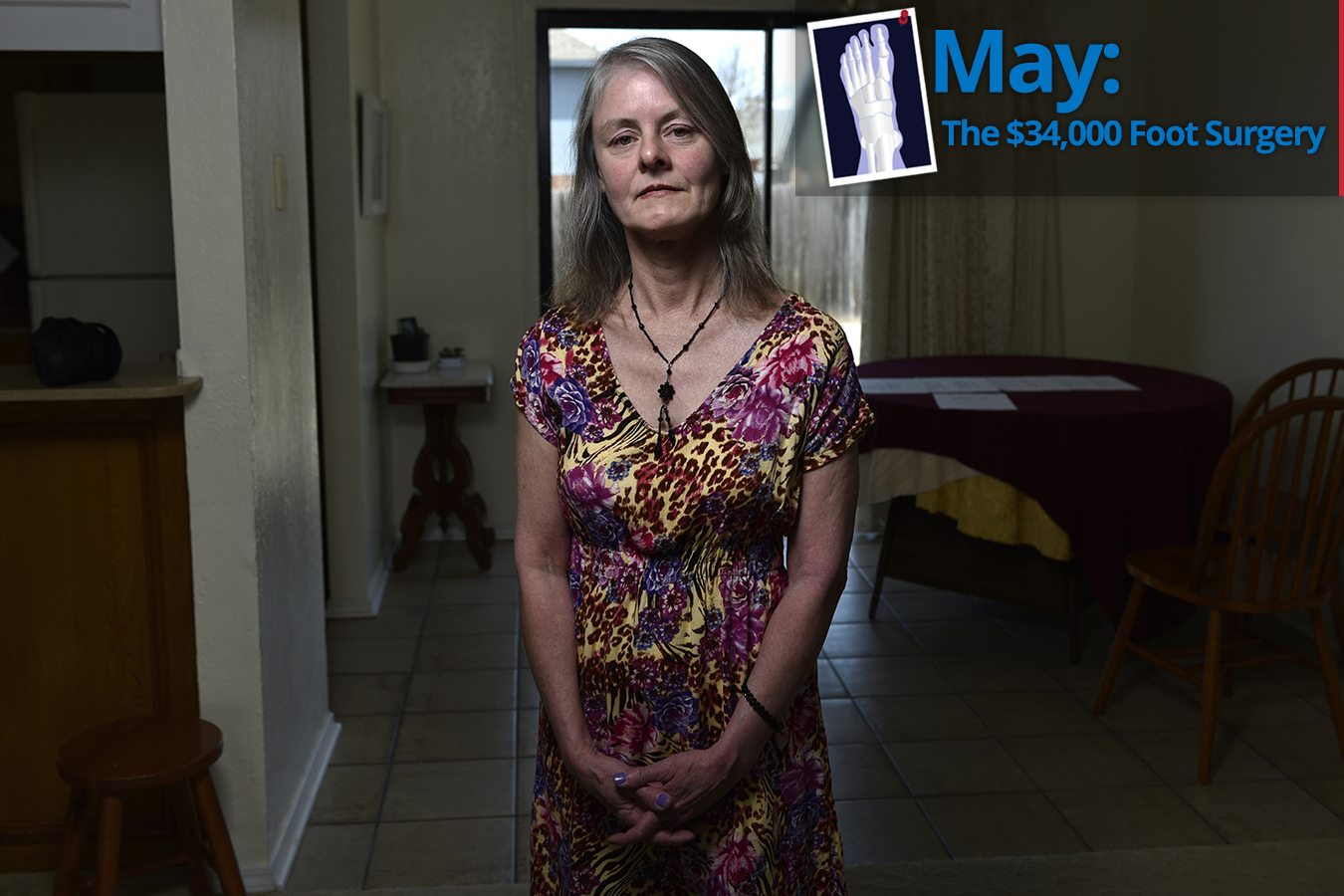 May: Sherry Young’s bill for minor foot surgery included over $15,000 in charges for four little screws.

Resolution: Young discovered this charge after the claim for her foot surgery was denied. She asked for an itemized bill because she thought she might have to pay it herself. After Young wrote a letter of complaint to the service provider, OU Medical Center, the $115,527 bill for her three-day hospital stay was adjusted — to zero.

Takeaway: Hospitals can and do charge exorbitant amounts for surgical supplies with high markup — in this case, KHN calculated it could range from roughly 275 percent to upward of 1,150 percent. If you get a huge bill — especially if you’re on the hook — ask for itemization and argue the legitimacy of such charges. 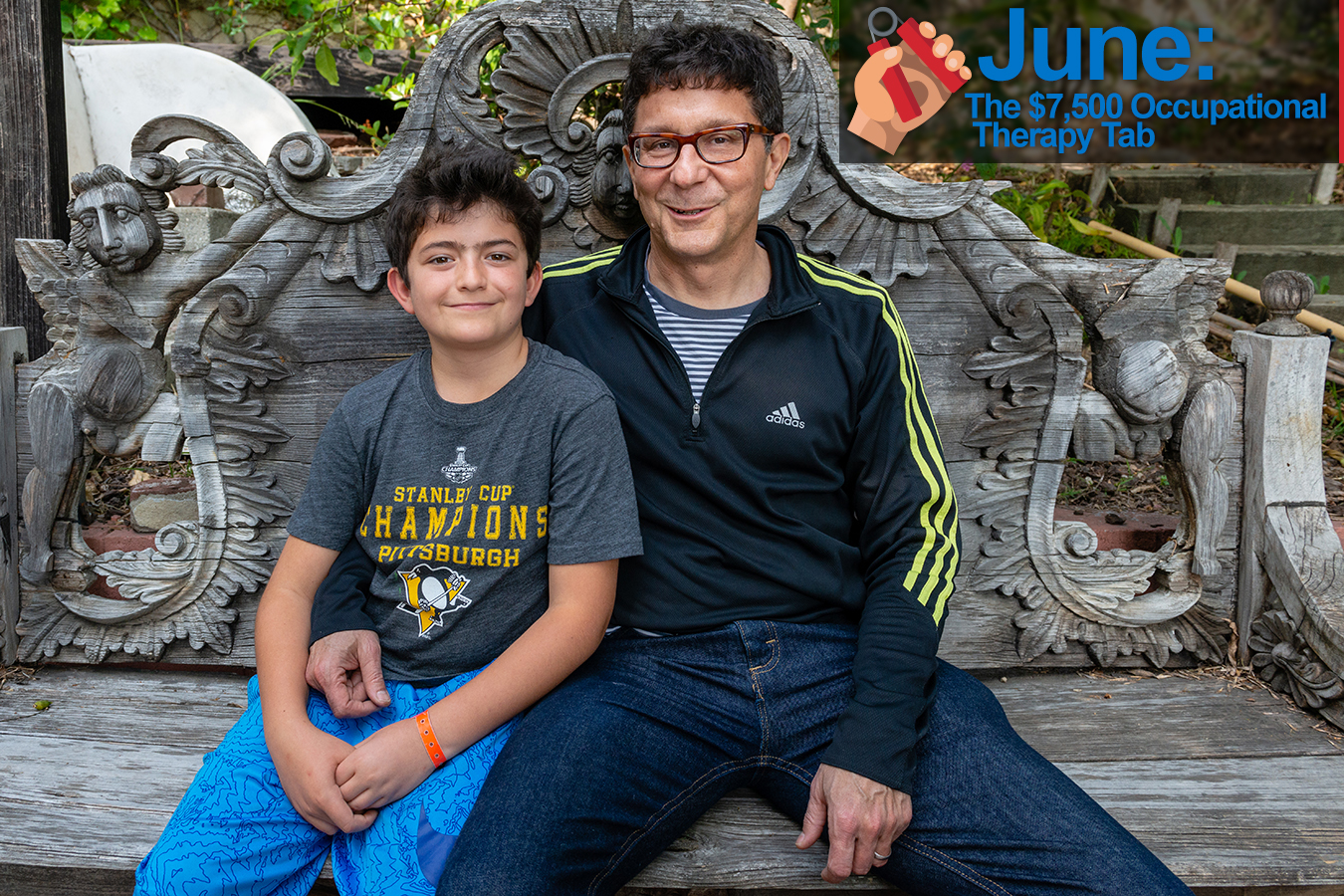 June: Angel Dean Lopez and his son Theo received over $10,000 in bills for occupational therapy after hand injuries and had to pay out over $8,000. That’s because his insurance policy considered OT an “alternative therapy,” covered at $60 an hour. The hospital billed at $500 an hour. Medicare would have paid $124 for the session, and insurers in the Los Angeles area around $250.

Resolution: Lopez appealed to his insurance, noting that it was unusual for policies to regard OT and PT as alternative and that OT was clearly needed in these cases. Writers Guild of America insurance has increased its flat-fee payment for occupational and physical therapy by 50 percent to $90 per session up from $60.

Takeaway: Though OT and PT are prescribed after many musculoskeletal injuries and surgeries, coverage varies widely. Remember that charges for sessions are all over the map. Ask about your policy’s coverage and inquire about rates with every provider before you start therapy. 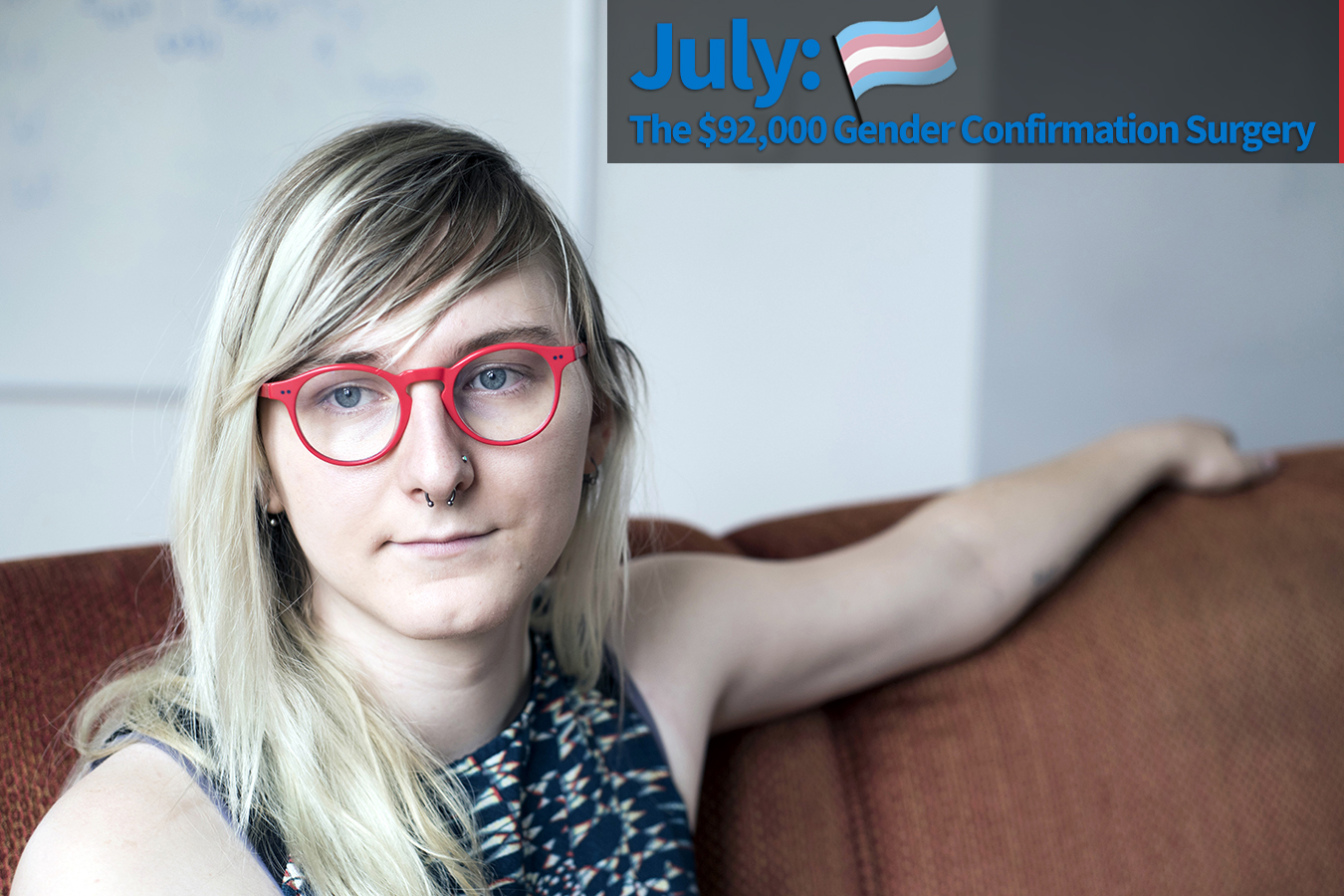 July: Wren Vetens’ $92,000 bait-and-switch bill for gender confirmation surgery, though the price had been listed online at under $25,000

Resolution: Although the surgery was initially supposed to be covered by her state insurance, the hospital required a deposit. After multiple protests and informing the hospital that the national media would be covering the case, the hospital refunded much of the money paid; the out-of-pocket cost was about $2,100.

Takeaway: Remember that online estimates often refer to cash prices. If you have insurance, the hospital will want you to file for coverage — often leaving you with higher costs. Enlist your physician to argue your case if you get a big bill. Vetens’ surgeon helped get the bill reduced. 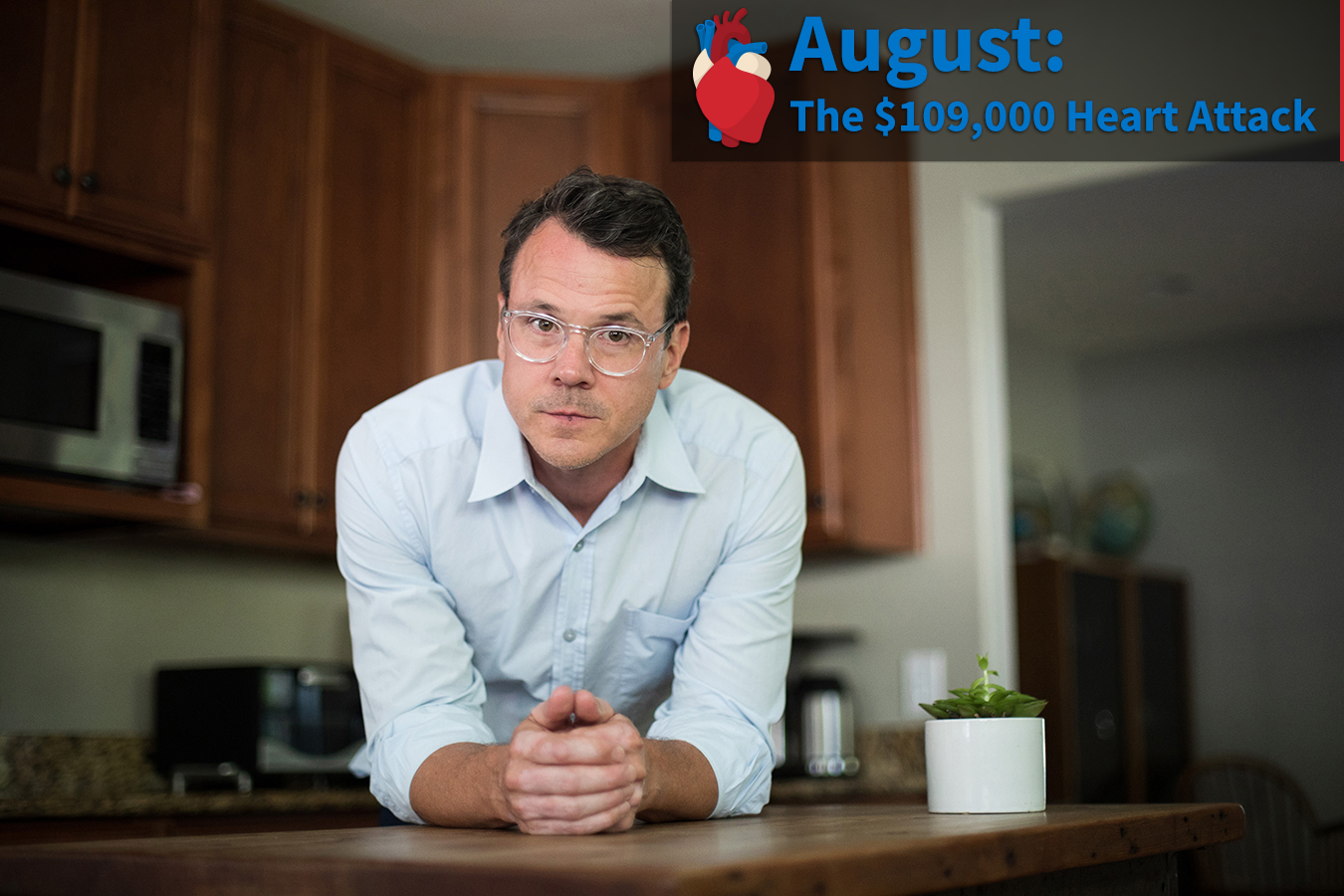 Resolution: After this teacher’s story was featured on KHN, NPR and CBS, the hospital reduced the bill to $782 and then, a few days later, to $332 and change, which Calver paid over the phone. Since the story ran, Congress has taken up a bill to prohibit surprise billing nationally.

Takeaway: One effective way to have your bill reduced or disappear entirely is to have it featured on national media. (Sad but true.) Since that’s not generally possible, people should know that many states have passed surprise billing laws, which protect patients’ wallets from unexpected out-of-network billing. Such laws don’t apply to every insurance plan, so you should find out if they do in your case. And, in any case, invoke the law in protesting your bill. 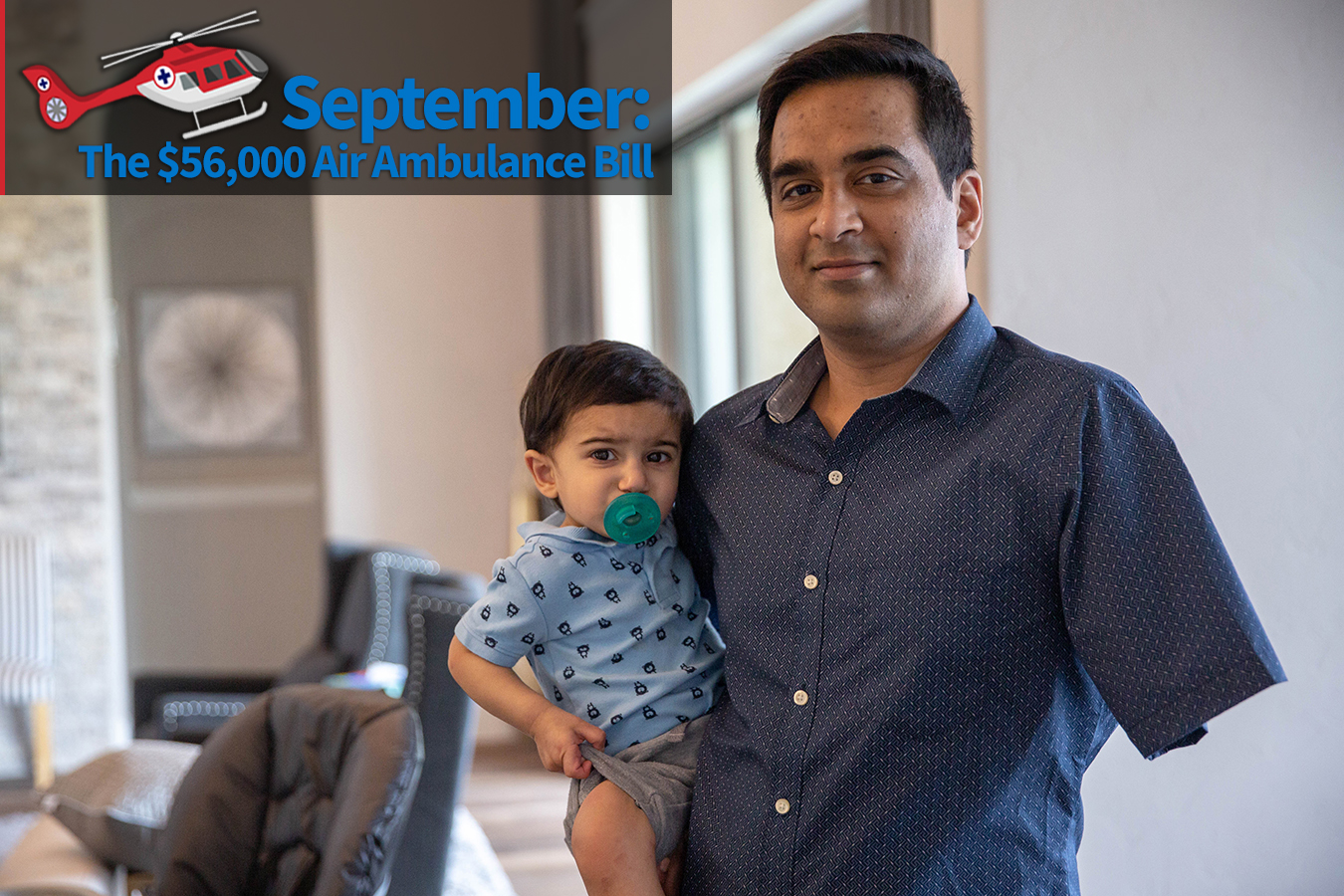 September: Dr. Naveed Khan’s $56,000 air ambulance ride
Resolution: After Blue Cross Blue Shield initially refused to pay any of the charge, Khan noted that his policy covered loss of limb, and it paid nearly $12,000. His insurer and the air ambulance company continued to haggle over the remaining $44,000.

Takeaway: Air ambulances are some of the most costly bills in health care. That’s in part because they are regulated as transportation (by the Federal Aviation Administration), not as a medical intervention, and thus fall outside some protections that apply to health care. These companies are often willing to give patients substantial discounts if they protest bills.

Watch: Facebook Live: What About Those Sky-High Air Ambulance Costs? 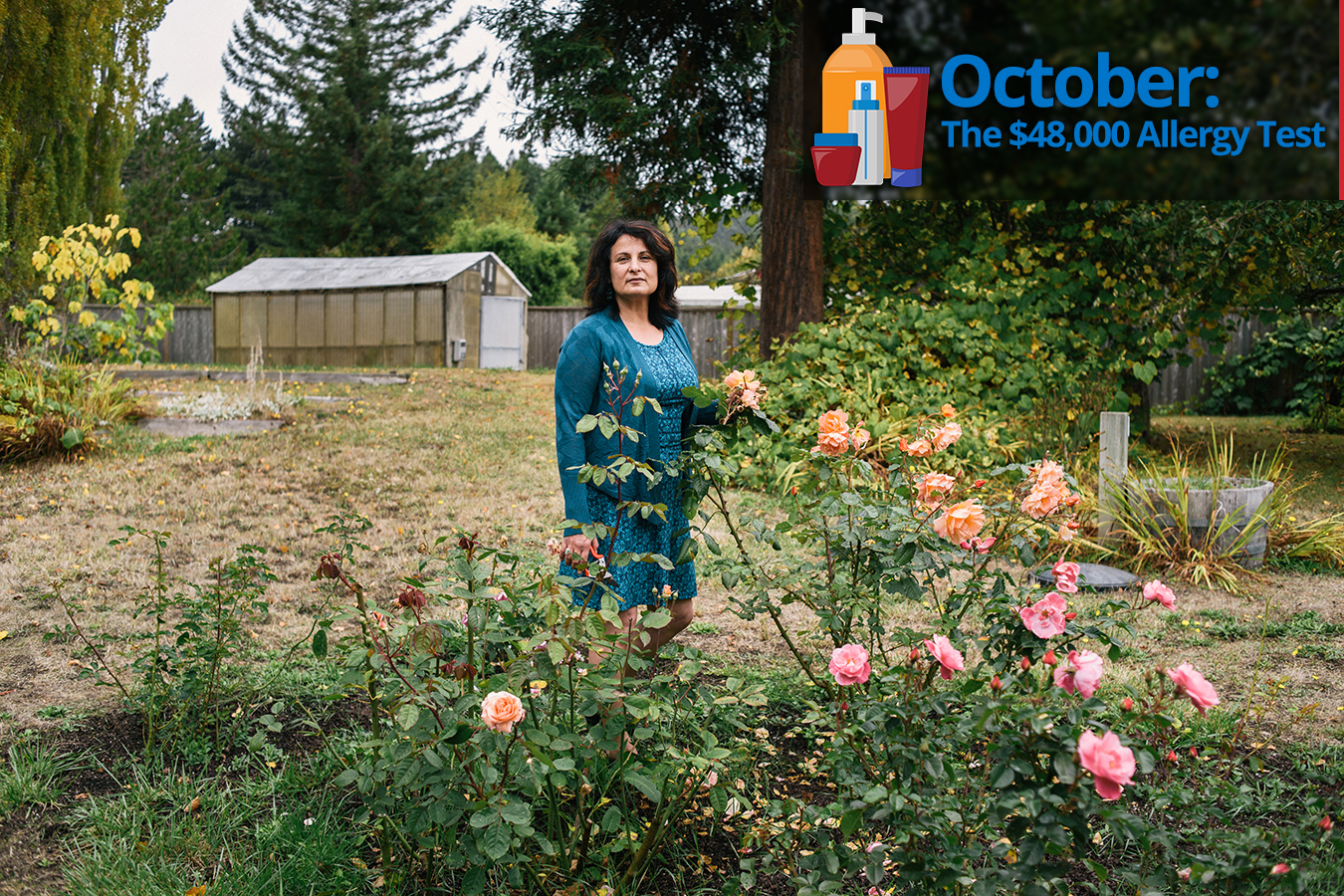 October: Janet Winston got a $48,000 bill for allergy skin testing.

Resolution: After contesting her bill and the legitimacy of the $48,000 charge, Winston’s 10 percent copayment was cut about in half to $1,562.

Takeaway: When you get a bill that seems inflated, go online to look up what Medicare or private insurers might pay in your area. Use that information to contest the size of the bill. Also, when a doctor warns that a test might be “expensive,” ask specifically how much it will cost. “Expensive” in health care can be tens of thousands for even minor tests. 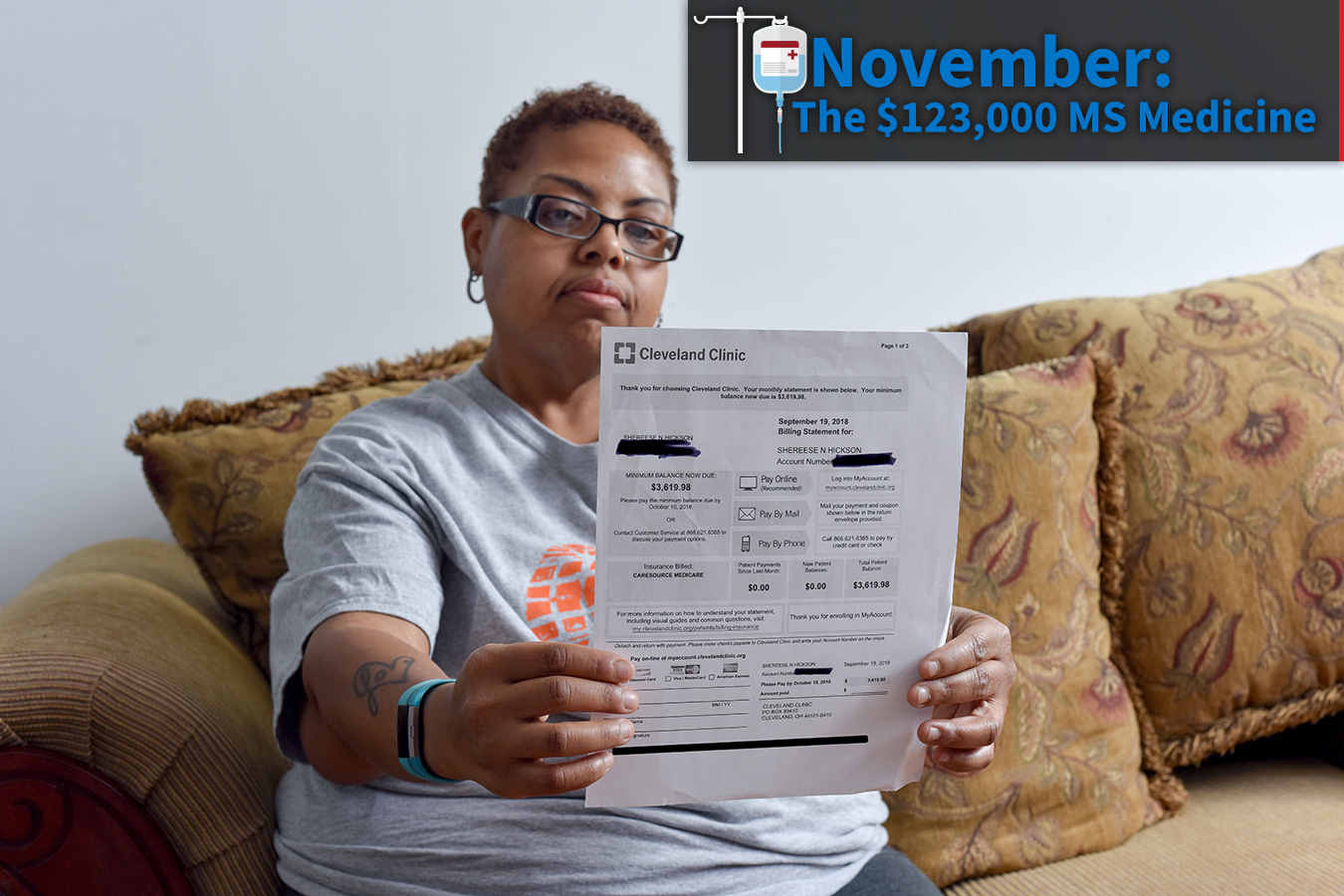 November: Shereese Hickson, on Medicare and Medicaid, nonetheless was charged big bucks for a new medicine to treat her multiple sclerosis.

Resolution: $3,620 copayment was taken care of by Cleveland Clinic’s charity care program on a one-time basis. Hickson is considering changing drugs because she cannot afford that every time she gets her medicine.

Takeaway: Medicines that must be infused by IV often come with big associated charges to patients. Ask if there’s a drug you can take or self-inject at home. Every hospital has a charity care fund and has wide discretion in how it uses that money. Always ask if you qualify, even if you assume you make too much to be eligible. 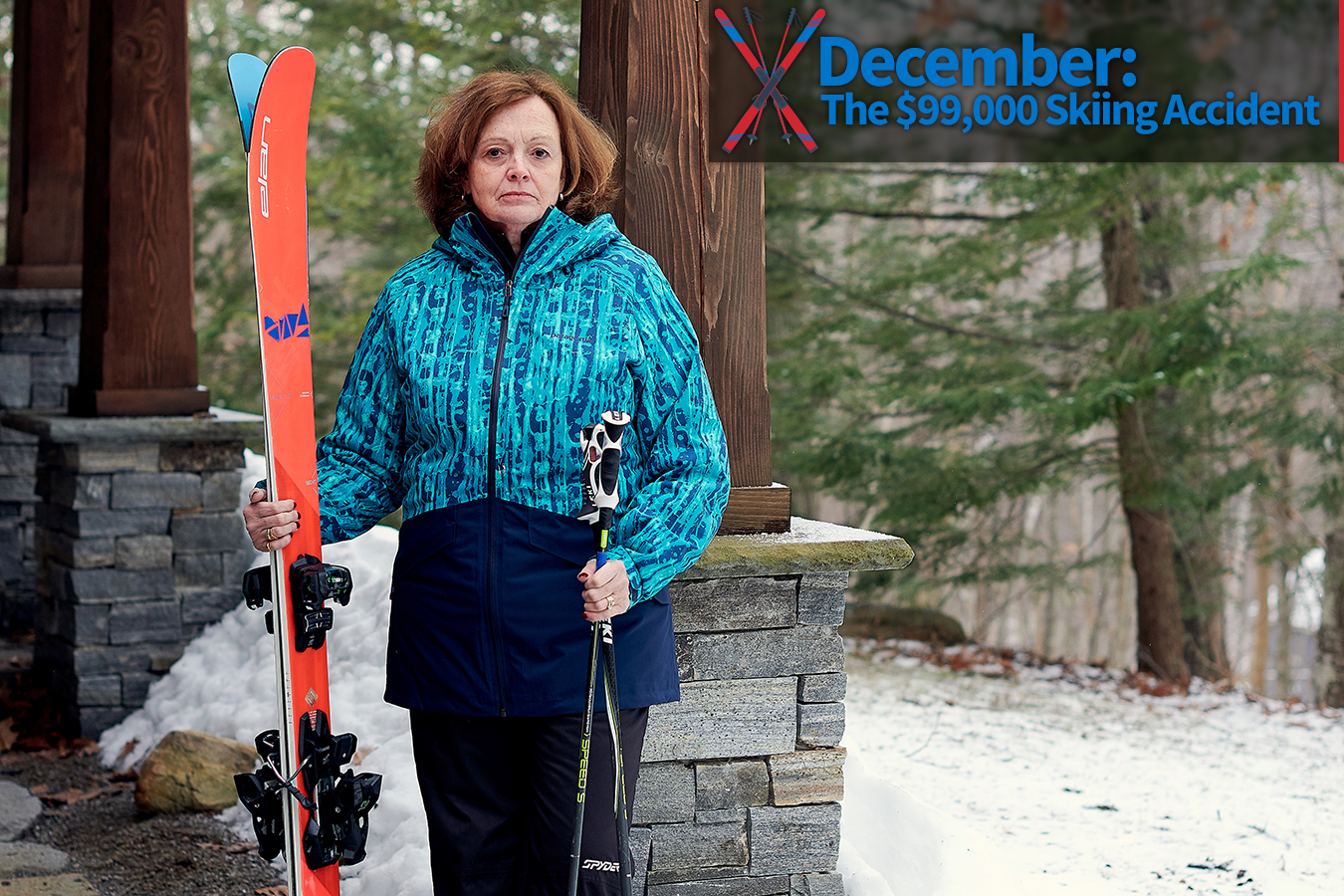 December: Sarah Witter got charged twice for surgery and surgical hardware after a metal plate that had been screwed into her fractured leg months earlier broke and needed to be replaced.

Resolution: After her story was published, and her insurer and the hospital conferred, Witter received a refund of $6,358.

Takeaway: While warranties are the norm when you purchase a car or an appliance, they are not in health care. The patient is asked to pay (again) when something goes wrong. Some hospitals are beginning to offer warranties for elective procedures like a hip replacement. But when they don’t, you should protest having to pay twice. Enlist your company’s HR department to fight the fight.

Related: Refund On The Way To Latest ‘Bill Of The Month’ Patient

Do you have an exorbitant or baffling medical bill? Join the KHN and NPR Bill-of-the-Month Club and tell us about your experience. Follow via our Twitter hashtag: #BillOfTheMonth

Year One Of KHN’s ‘Bill Of The Month’: A Kaleidoscope Of Financial Challenges