Coronavirus infections are rising so fast in Fresno County that California public health officials have identified it as one of nearly a dozen counties entering dangerous territory as economies reopen.

Cases there have more than doubled over the past month, and county residents are testing positive at nearly twice the rate of Californians as a whole. Outbreaks at nursing homes and Avenal State Prison in nearby Kings County — where more than 900 inmates and workers have been infected — are big contributors.

But Fresno County’s health officer, Dr. Rais Vohra, fears the crisis could get worse because people are mingling in ways unimaginable three months ago. Family gatherings and celebrations among friends are causing infection rates to climb quicker than expected, giving the disease fertile territory to spread exponentially in homes and workplaces.

The scenario is playing out across the state. In Santa Cruz County, 50 new cases stemmed from one infected individual who attended a Mother’s Day gathering. In Imperial County, officials fear the toll of last weekend’s Father’s Day after seeing increases tied to Easter, Memorial Day and graduation get-togethers. Sacramento and Contra Costa counties expect case counts to continue climbing after recent holiday celebrations and demonstrations against racial injustice.

In the Central Valley, poverty and crowded housing conditions magnify the threat, especially for migrant workers who call the sprawling agricultural region home. As in Fresno, people in Tulare County are catching the virus at work and bringing it home — and hospitals are getting overwhelmed.

“We have a lot of meatpacking and fruit-packing plants, and migrant workers tend to congregate where they live and work, presenting so many opportunities for this virus to find its next victim,” Vohra said. “They can’t afford to not work, even if they are symptomatic, and now we’re even more worried because there’s a lot more movement happening.”

Public health officials expected rising case counts as they eased stay-at-home restrictions after months of lockdowns. But new infections and hospitalizations are flaring across California faster and sooner than they anticipated — or in some places, are prepared for.

Counties across the state are toppling records and, overall, California recorded a single-day high of 7,149 new COVID cases Tuesday. Statewide, cases are also climbing over time, with a 40% jump in the average number of daily cases over the past 14 days compared with the two previous weeks. Hospitalizations were up 29%, and the number of people requiring intensive care grew 18%.

State and county stay-at-home orders bought California valuable time to slow the spread of the novel coronavirus and prepare its health care system to handle a surge in sick patients. But Gov. Gavin Newsom, who issued the country’s first statewide stay-at-home order, has allowed counties to reopen at a much faster pace than originally planned.

Since Newsom unveiled his fast-tracked reopening plan May 8, the death toll has soared by nearly 3,000, bringing total deaths to 5,632 as of Tuesday.

Of California’s 58 counties, 54 have largely reopened. State public health authorities are monitoring nearly a dozen of them even as people throng to bars and restaurants. Crowds are flocking to shopping malls, movie theaters are open, and hair salons and tattoo shops are booking appointments again. Families are gathering for holiday celebrations and friends are reconnecting after months apart.

“People are tired and they just want this to be over,” said Dr. Chris Farnitano, Contra Costa County’s health officer. “The problem is the virus hasn’t changed; the only thing that’s changed is people’s behavior.”

Predictions of a summer lull have evaporated. Public health officials now fear that a persistent summer upswing could unwind gains made early in the pandemic, taxing hospitals and health care workers, and leading to thousands of more deaths even before an ominous fall resurgence.

County health officials expected they’d be battling outbreaks in the riskiest places, including prisons, homeless encampments and nursing homes. What has caught them off guard is how fast cases are multiplying following major holidays and social gatherings.

Given that new reality, county officials worry they don’t have what they need — testing, contact tracing and community buy-in — to respond effectively.

For instance, Fresno County needs at least 150 contact tracers to investigate sources of rising infections, according to state guidelines requiring counties to have at least 15 contact tracers for every 100,000 people. But Vohra, its health officer, wants closer to 300 — and has just 80 so far.

“Things are looking less rosy now with our numbers going up,” he said.

Riverside County in Southern California is seeing dramatic increases in cases and hospitalizations due to social gatherings and Black Lives Matter protests packed with people not wearing masks. It needs at least 350 contact tracers but has 280. Contra Costa County, which is seeing similar spikes tied to reopening, has about 85 contact tracers — far below its goal of 180. Sacramento County’s target is at least 225, yet it has only 30. Efforts are underway across the state to train more. 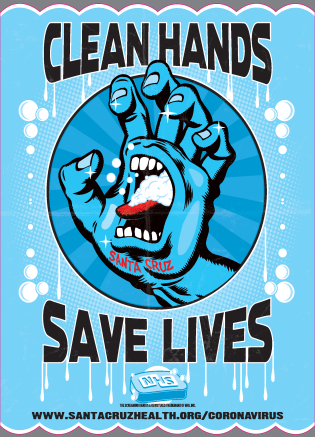 Home to about half of the state’s cases and deaths, the vast county with more than 10 million residents averaged 30 deaths a day from COVID-19 the week of June 15.

Although Los Angeles can quickly deploy 1,500 contact tracers when needed, the sheer volume of cases has made it difficult to reach contacts in time to curb the spread of the virus, said the county’s chief medical officer, Dr. Jeffrey Gunzenhauser.

Newsom has defended his fast-tracked reopening plan — which shifts the responsibility to counties to determine how and when to ease stay-at-home orders — saying the state has secured enough empty hospital beds and protective gear to weather a surge in sickness and hospitalizations.

“We mean business,” Newsom said. “It is our behaviors that are leading to these numbers and we are putting people’s lives at risk.”

Even before public places started reopening, Californians had increasingly been letting their guard down.

Local health officers say that in an ideal world large swaths of the state would remain locked down until COVID-19 is wiped out from those communities. But they say the governor left them no choice but to reopen faster than they were prepared to do.

“We absolutely wanted to stop it,” said Mimi Hall, who is the president of the County Health Executives Association of California and the public health director for Santa Cruz County. “But it’s tough for the locals if the state allows it.”

Even Imperial County, one of the worst hot spots in the country — and which has sent at least 300 COVID-19 patients to other counties because its hospitals are reaching capacity — is under pressure to reopen and is asking the state to approve reopening plans.

As public health officials have struggled with the responsibility of reopening their economies, they have faced unprecedented backlash from local politicians and angry defiance — including death threats — from residents frustrated by mask orders and business closures.

Career public health officials are resigning at record levels as a result. Since the pandemic unfolded, at least eight have left — and more are considering it.

Those who are staying are now accepting the political reality of reopening, and embracing a new public health strategy: teaching Californians to learn to live with the virus as safely as possible.

They’re working hard to get the message out that good hygiene, social-distancing and face coverings are critical. These actions have to become almost automatic, they say, like putting on a seat belt.

New public service campaigns are underway, including a video circulating on social media with Newsom and past governors calling on people to wear masks in public. Santa Cruz County is distributing signs to local businesses and organizations that say “Clean hands save lives.”

State officials also are betting on people taking personal responsibility for stopping the spread of disease, and whether they listen will largely shape California’s future, said Dr. Mark Ghaly, secretary of the state Department of Health and Human Services who also oversees the state’s pandemic response.

“There’s very little we can do to bring it to zero, but personal behavior is absolutely going to determine how successful our ability to control transmission will be,” Ghaly said. “We all need to do our part so that we can continue having sectors of our economy open.”