Anti-vaccination activists say California’s Democratic lawmakers are helping strengthen their movement nationally by pushing for tougher vaccine requirements — without exemptions for religious or personal beliefs. But a new pro-vaccine lobbying force is vowing to fight back.

In January, California’s Medicaid program will begin offering nontraditional services —such as ridding homes of roaches, replacing mattresses and installing air purifiers — to some low-income asthma patients. But the rollout could be chaotic, with insurance companies struggling to identify groups that can deliver the services.

Gov. Gavin Newsom wants to regulate out-of-control health care spending in California. The effort is being shaped by the very health industry players that would be regulated.

Leader of California’s Muscular Obamacare Exchange to Step Down

Peter Lee helped create Covered California, which has been lauded as a national example among the Affordable Care Act’s insurance marketplaces, and he fiercely opposed Republican efforts to repeal the federal health reform law.

If Gov. Gavin Newsom survives Tuesday’s recall election, the health care unions that have campaigned on his behalf intend to pressure him to follow through on his promise to establish a government-run health system in California.

California is embarking on a five-year experiment to infuse its health insurance program for low-income people with billions of dollars in nonmedical services spanning housing, food delivery and addiction care. Gov. Gavin Newsom said the goal is to improve care for the program’s sickest and costliest members and save money, but will it work?

Democratic Gov. Gavin Newsom’s pandemic policies are effectively on California’s Sept. 14 recall ballot — and the electorate views them with a mix of resentment, gratitude and disillusionment.

After years of unstable funding, California’s 2022-23 budget will include a dramatic new investment in public health. Insiders say a powerhouse lobbying campaign made all the difference.

Without Enough Boots on the Ground, California’s Vaccination Efforts Falter

California’s vaccination rates have stagnated, particularly in Black and Latino inner-city neighborhoods and in rural towns. County health officials, who say trust is their most important commodity, need more money for one-on-one interactions with holdouts, but the state has instead largely funneled money to advertising firms and tech companies. 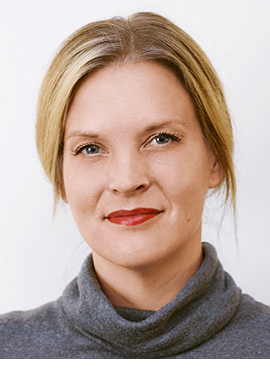 Angela Hart, Correspondent, covers California health politics and policy in Sacramento and around the state, with a focus on the governor, the legislature and key elections. Previously, she covered health policy and politics for Politico, with a focus on Gov. Gavin Newsom. She also covered politics and Newsom’s gubernatorial campaign for The Sacramento Bee and was the county government and politics reporter at the Santa Rosa Press Democrat in Sonoma County. She is a Wisconsin native, a military veteran and holds a master’s degree from the UC Berkeley Graduate School of Journalism.