As the covid-19 pandemic grinds on, Elko County, Nevada, still lacks a public health department. Yet its elected leaders rejected federal funds that could have helped it create one. Decisions like the one in Elko, and ones made by officials with other state and local governments, leave health experts concerned about whether the country’s public health infrastructure will be prepared to handle future health challenges.

Smoke- and ash-filled air can trigger or exacerbate severe respiratory conditions. But the medical specialists who treat these illnesses are often scarce where they are most in need.

Five years after HIV tore through a rural Indiana town as a result of widespread drug use, a syringe and needle exchange program was set up in rural Nevada to prevent a similar event. 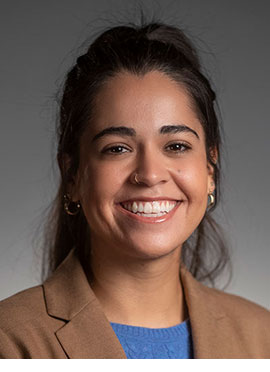 Jazmin Orozco Rodriguez Correspondent, is a reporter for KHN’s rural health desk based in Elko, Nevada. She explores the ways health issues affect communities in rural areas, including food security, climate change, and agriculture practices. Jazmin joined KHN from The Nevada Independent, where she focused on the state’s Latino and Native American communities. She completed the Poynter Koch Media and Journalism Fellowship in 2021 and was a fellow in the 2019 cohort of the NPR Next Generation Radio Bootcamp. She holds two bachelor’s degrees, in journalism and in Spanish literature and culture, from the University of Nevada-Reno.