The chief executive of Blue Shield of California, the largest insurer on the state’s insurance marketplace, issued a blunt critique of the Republican health care bill, saying it would once more lock Americans with preexisting conditions out of affordable coverage.

In an interview with California Healthline on Wednesday, Paul Markovich said the GOP’s American Health Care Act is “flawed” and “could return us to a time when people who were born with a birth defect or who became sick could not purchase or afford insurance.” The bill is set to come up for a vote in the House of Representatives on Thursday. 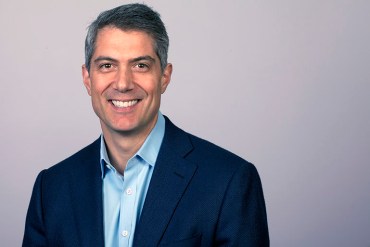 An amendment to the bill would allow states to roll back key consumer protections in the Affordable Care Act, including the popular provision that prohibits discrimination against patients with a history of illness. Some Republicans say that flexibility will help lower premiums overall and expand coverage choices for consumers.

Markovich, however, said “it’s a moral imperative” to guarantee coverage regardless of medical history. “The discrimination, whether on price or just on the ability to access insurance at all on preexisting conditions, is unconscionable. As a country, we are better than that,” he said.

The CEO’s comments carry weight because he leads a major Blue Cross Blue Shield plan. They also break with conventional wisdom, showing that some in the insurance industry have strong reservations about returning to the practice of scrutinizing people’s medical histories to determine rates.

Markovich said that his company has been in touch with policymakers behind the scenes, but that it decided to make a public statement now because a House vote appeared imminent.

Most major insurers have remained silent about the most controversial issues during the latest health care debate, although some have backed Republican funding proposals to help stabilize the exchanges or repeal an ACA tax on health insurance.

Markovich indicated that he is skeptical of Republican proposals to cover people with preexisting conditions through “high-risk pools.” He said a proposal unveiled Wednesday to add another $8 billion in the bill over five years to offset insurance costs for those patients falls far short of what would be needed.

More broadly, Markovich said the GOP bill would make health insurance unaffordable for millions of Americans by significantly reducing the premium tax credits consumers rely on. He also warned that the GOP’s proposal to deeply cut Medicaid would place an “impossible” fiscal burden on states such as California, “resulting in millions more people without access to care.”

About a third of Californians are covered by Medi-Cal, the state’s version of Medicaid.

This year, Blue Shield raised its  premiums on the exchange by nearly 20 percent, on average. Like other insurers, the company filed its initial rates for 2018 this week with Covered California, though they are not yet public.

Markovich said the proposed rates remain in flux while insurers wait to see whether the Trump administration will pay them crucial subsidies that reduce the costs of deductibles and copayments for many lower-income consumers.

House Republicans have challenged the legality of those “cost-sharing” subsidies, and the White House has sent mixed signals on future funding. These payments to insurers are separate from the consumer tax credits used to offset premiums.

Covered California warned last week that premiums for 2018 could soar by 42 percent statewide, on average, if cost-sharing subsidies aren’t funded and the individual mandate to purchase coverage isn’t enforced.

Markovich said those estimates “are in the ballpark” of what his company forecasts as well. “This has the potential to have a really big impact on 2018 rates if the cost-sharing reduction subsidies are not being paid,” he said.

Molina Healthcare, another prominent insurer in California and on other exchanges, expressed similar frustration this week about the uncertainty surrounding the cost-sharing subsidies.

As critical as he was of the Republican bill, Markovich also indicated that Obamacare could use some improvement, too.

“We were and are big supporters of the ACA,” Markovich said. “It’s done a lot of good and we’ve taken a major step forward to cover people. But in some markets it’s not sustainable from a cost standpoint, and one of the flaws is it wasn’t bipartisan.”

The CEO called on Democrats and Republicans to work together on legislation that builds on the successes of the ACA and addresses the problems that remain.

The Republicans “have done some good work here, but we need to expand the conversation outside of one party,” he said.