Undocumented children in California will become eligible for full Medi-Cal benefits in May, but advocates are encouraging  parents to enroll their kids in restricted Medi-Cal before then.

That way they will already be in the Medi-Cal system and the switchover to full coverage will be automatic when the effective date arrives.

The California Endowment, an Oakland-based health advocacy foundation, announced this week it is ramping up its advertising and community outreach to spread the word to families of children eligible for the new benefit.

“Our goal is to raise awareness and educate all eligible families with undocumented children, alerting them to the new opportunity and encouraging them to enroll their children in Medi-Cal now,” said Richard Figueroa, program director at the Endowment. 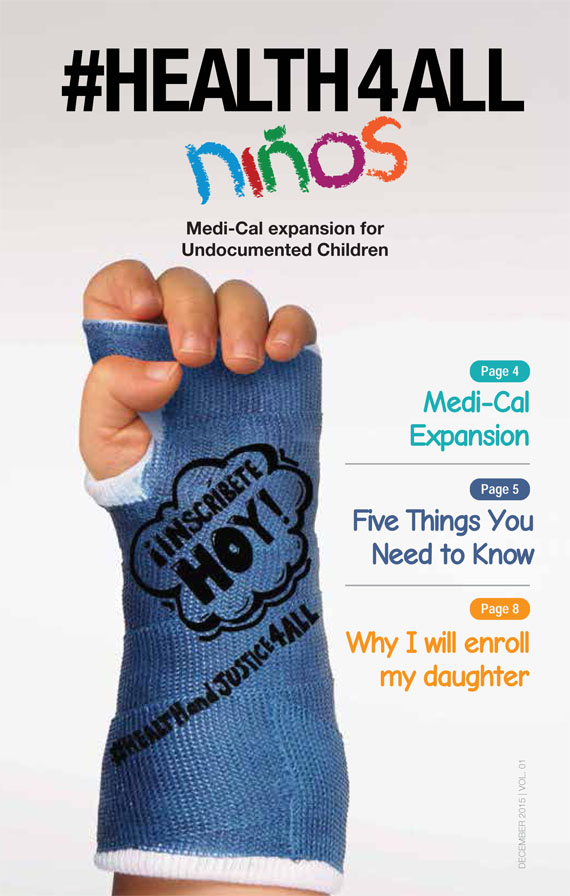 Under new laws, access to full Medi-Cal coverage for undocumented children must be provided “no sooner” than May 1, which had been the tentative date for the start of enrollment. The enrollment date has since been pushed back to May 15, though benefits are expected to be retroactive to May 1.

The Department of Health Care Services has told advocates it needs an extra two weeks for computer fixes to ensure a smooth transition to full Medi-Cal benefits, according to Anthony Wright, executive director of Health Access California, a consumer advocacy group. Wright has attended work groups on the subject, convened by the department.

Of those 170,000 kids, an estimated 114,981 already have the limited Medi-Cal coverage that entitles them to emergency care, according to the department. The remaining 55,019 are not enrolled in any form of Medi-Cal.

Although the number of undocumented children in California is hard to pin down, the Endowment estimates that the total of all eligible undocumented kids could top 300,000, Figueroa said.

In addition to the 170,000 children cited by the department, an estimated 70,000 or more undocumented children get limited coverage through Kaiser Permanente, and some 20,000 get varying levels of care through county programs. Those children also would be eligible for full Medi-Cal benefits. (Kaiser Health News, which produces California Healthline, is not affiliated with Kaiser Permanente.)

Children who are enrolled in restricted Medi-Cal will be automatically shifted to full coverage, and they’ll get notices about the change from the department.

“We don’t usually urge people to sign up proactively for emergency Medi-Cal, because it isn’t coverage the way we normally think of coverage,” Wright said. “But in this case, being in the system, you’re automatically shifted.”

The new California Endowment campaign is specifically targeting 15 counties with the highest number of undocumented children, including Los Angeles, Orange and Santa Clara counties. In addition to advertising, the organization will launch a “boots on the ground” outreach effort later this month, Figueroa said.

It will offer grants to community-based organizations to help reach families with undocumented children.

New Push To Sign Up Undocumented Kids For Medi-Cal