Supporters of “death with dignity” have succeeded in legalizing medical aid-in-dying in five states by convincing voters, lawmakers and courts that terminally ill patients have the right to die without suffering intractable pain in their final days or weeks.

When Gov. Jerry Brown signed California’s law in 2015, he said: “I do not know what I would do if I were dying in prolonged and excruciating pain” and that it would be a “comfort to consider the options afforded by this bill.”

Yet the latest research shows that terminally ill patients who seek out aid-in-dying aren’t primarily concerned about pain. Those who’ve actually used these laws thus far have been far more concerned about controlling the way they exit the world than controlling pain.

The research suggests that patients’ motivations are more complicated than they’re often portrayed and could affect or shape how people vote on the issue in other cities and states.

Colorado voters will decide on a ballot initiative to legalize physician aid-in-dying in November. The city council in Washington, D.C., is expected to vote on legalizing the practice next month.

“It’s almost never about pain,” said Lonny Shavelson, a Berkeley, Calif., physician who specializes in the care of the terminally ill and who began writing prescriptions for lethal doses of medication in June, when California’s law took effect. “It’s about dignity and control.”

Pain ranks near the bottom of a list of patients’ concerns in Oregon and Washington, the first two states to legalize physician-assisted dying, which provide the most complete details about people’s motivations. Only 25 percent of the 991 Oregon patients who died after taking lethal prescriptions from 1998 to 2015 were concerned about pain or had inadequate pain control, according to reports filed with the state by their doctors. In Washington, 36 percent of 917 who died were concerned about pain.

In contrast, at least 90 percent of patients in both states were motivated by a loss of autonomy, state records show. Forty-one percent of patients in Oregon and 53 percent in Washington said they feared burdening the people they loved. Montana, Vermont and California physician also permit aid-in-dying, but haven’t released detailed information about patients’ motivations.

Compassion & Choices, an advocacy group that supports aid-in-dying, focuses heavily on the need to relieve dying patients of pain.

One of the group’s new ads promotes the District of Columbia’s Death With Dignity Act as giving “a dying person the option to avoid the worst pain and suffering at the end of life.” The widower of Brittany Maynard, a 29-year-old California woman who became the best-known advocate for the right to die, has spoken publicly in support of the legislation. Maynard, who had an aggressive brain tumor, moved to Oregon in 2014 in order to use that state’s aid-in-dying law. She died that year after using a lethal prescription.

“The dying process is what Brittany feared,” said her husband, Dan Diaz. “She was afraid that her final few days on this green earth would be ones where she was tortured by the tumor.”

Mary Klein, a 68-year-old resident of the District who is fighting advanced ovarian cancer, said she wants choices at the end of her life.

“I want to have the option to control my own body and control my own life,” said Klein, a retired journalist and artist who appears in a video supporting legislation to legalize aid-in-dying in the city, created by Compassion & Choices.

Although Klein says she may also enroll in hospice care, which focuses on the needs of people with six months or less to live, she wants to have an alternative if the services don’t meet her needs.

“The dominant reasons for wanting euthanasia or assisted suicide are psychological and involve control factors,” said Ezekiel Emanuel, chair of medical ethics and health policy at the University of Pennsylvania. He noted that most of those who’ve used aid-in-dying laws are white, well-insured and college educated. “These are people who are used to controlling every aspect of their lives, and they want to control this aspect of their lives.”

A study of 56 Oregon patients interested in physician aid-in-dying reached similar conclusions. Although patients were concerned about the risk of future pain, they ranked “current pain” as unimportant, according to the 2009 study in Archives of Internal Medicine (now known as JAMA Internal Medicine). Patients told researchers they were primarily motivated by a desire to “control the circumstances of death and die at home,” as well as a loss of independence, poor quality of life and their inability to care for themselves.

The patients interviewed “look forward to this period in their terminal illness, this time in which they will be not in control, when they will be dependent on others, when they will have a bunch of physical symptoms that will undermine their quality of life, and they want to avoid that,” said Linda Ganzini, a professor of psychiatry and medicine at Oregon Health & Science University.

Critics of aid-in-dying laws have for years warned that they could set the country on a “slippery slope,” in which lethal prescriptions are dispensed not just to the terminally ill, but to anyone with a disease that harms their quality of life. Those fears haven’t come to pass. But physician Ira Byock, who specializes in palliative care, said aid-in-dying laws are creating a slope of another kind. Instead of helping only terminally ill patients in physical pain, they’re being used by patients in psychological distress.

“It’s a bait and switch,” said Byock, executive director and chief medical officer for the Institute for Human Caring of Providence Health and Services, based in Torrance, Calif. “We’re actually helping people hasten their deaths because of existential suffering. That’s chilling to me.”

Although right-to-die campaigns suggest that excruciating pain is often unavoidable, Byock said that “we can relieve the suffering of almost everyone that we care for if we have the time to prepare.” 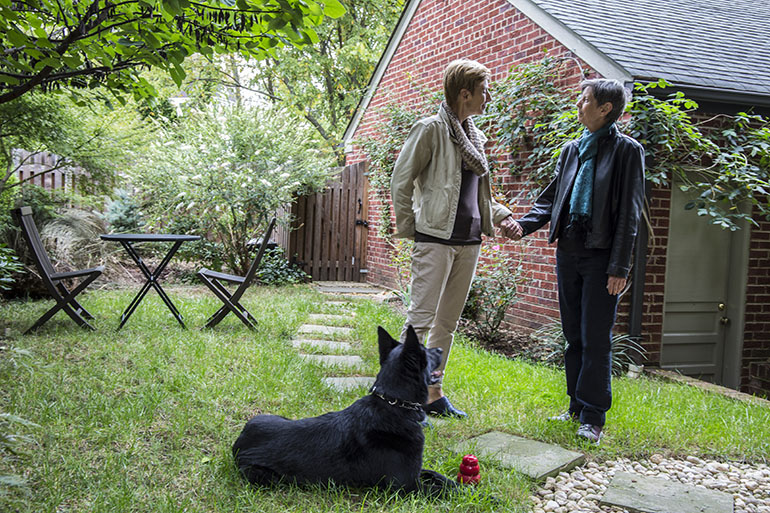 Hospice staff are on call 24 hours a day to help patients in pain, Byock said. Palliative care and hospice teams also can train family caregivers how to administer emergency pain medications that take effect before nurses can arrive.

Hospice may have alleviated some patients’ concerns, said physician Thomas Smith, director of palliative medicine at Johns Hopkins Medicine in Baltimore. Just 64 percent of Oregon patients and 82 percent of Washington patients last year actually used the lethal medications they were prescribed. Others died without taking them.

“Many people who have the prescriptions don’t use them,” Smith said. “That suggests to me that some people find meaning and purpose and adequate symptom control, not just that they are too weak to take the pills.”

Many Kinds Of Suffering

Barbara Coombs Lee, president of Compassion & Choices, said it’s difficult for people to predict how they will feel as they face a deadly illness. While a healthy person might not imagine being able to tolerate physical disability, people facing the prospect of an early death are often willing to accept harsh treatments or a reduced quality of life in exchange for more time.

That change in perspective could help explain why some of those who advocate for the right to die, including those who obtain lethal prescriptions, never actually choose to hasten their death, Coombs Lee said. But she said that having the prescription on hand can ease patients’ anxiety and give them peace of mind, because they can control the timing and method of death.

Coombs Lee also notes that people can suffer in many ways beyond physical pain. Maynard’s brain tumor caused her to suffer frequent seizures, for example. Coombs Lee also described the case of a dying woman who took a lethal prescription after she began leaking fecal matter, which prevented her from ever feeling clean.

Coombs Lee quotes the woman, Penny Schleuter, in her book, Compassion in Dying: Stories of Dignity and Choice. Schleuter said the pain from her cancer could be controlled. But, she added, “I like doing things for myself, and the idea of having somebody take care of me like I am a little 2-month-old baby is just absolutely repulsive. It’s more painful than any of the pain from the cancer.”

Coombs Lee said, “everyone who is terminally ill has some kind of nightmare that would be worse than death to them. They want to achieve sufficient control to avoid that nightmare for their family.”

Dan Diaz said people shouldn’t underestimate how devastating it can be to lose one’s autonomy.

“If I find myself in a situation where I can’t go to the bathroom on my own, where someone has to change my diapers, where I can’t feed myself, where I can’t care for the people around me, where other people have to move me around to keep me from having bed sores, I would then submit, is that really living?” Diaz asked.

Some people who pursue physician-assisted death “don’t want to be in a hospital, don’t want to be connected to tubes,” Coombs Lee said. “They say, ‘I want to be at home with those I love. I don’t want to be delirious or unconscious at the end of life. Those are all things that play into their fears about what their disease might descend into.”