On Sept. 16, Tulare County in California announced the nation’s seventh death from vaping-related illness. Its advisory warned about “the dangerous effects of using electronic cigarettes, or e-cigarettes.”

Like so many of the official warnings coming out around the country, it lacked details about the specific products involved in the vaping death. But by the time of the announcement, the family of the man who died had been in touch with Gregory Conley, president of the American Vaping Association, which advocates for vaping products.

The man had vaped THC oil in the days before his death, Conley said the family told him, and they described the product’s black-and-gold packaging. Someone on an online vaping forum found a photo of a product matching their description, the family confirmed it was the same one, and Conley took to Twitter to share it.

The deceased man's sister confirmed that this appears to be the cartridge he used, BUT with low-priced counterfeits running rampant in the illicit market, the company named on the package may have nothing to do with the death. pic.twitter.com/5BWI1t9JHO

It was a necessary move, Conley said, because state and federal authorities had chosen not to be more specific about what may have caused the illness. “Ultimately, we want people to know what products and what kinds of products are sending people to the hospital,” he said.

As federal and state health officials struggle to identify what exactly is causing the deadly outbreak, vaping advocates are stepping into the void and crafting an alternative narrative that is being echoed broadly in online communities. The people getting sick, according to their version of events, all vaped THC — the psychoactive ingredient in cannabis — using products bought on an illicit black market. They also contend federal officials have seized on the crisis to crack down on a nicotine vaping culture they don’t appreciate or understand, a culture proponents insist has helped them and millions of others quit smoking.

As of Oct. 1, the federal Centers for Disease Control and Prevention had identified more than 1,000 cases of vaping-related lung illness in 48 states. Eighteen people have died, including two in California. Of the 578 patients who have reported using specific products, most said they had vaped THC, but a significant portion — 17% — said they had used only nicotine. CDC officials maintain they can’t identify one product or chemical culprit, and while they recently began emphasizing the risks of vaping THC, they continue to warn against any vape use at all.

Meanwhile, cities and states have responded with a divergent mix of warnings and bans. Michigan, New York and Rhode Island have moved to ban most flavored nicotine vaping products. The California Department of Public Health recently warned against all vaping devices, and the governor of Massachusetts issued a four-month ban on all vaping products. Utah officials have focused their warnings on unregulated THC. Los Angeles County voted last week to ban flavored tobacco products, and dozens of other California cities have enacted or are considering similar legislation.

The actions have sparked a backlash among hundreds of thousands of people who say they’ve been vaping for years without a problem. Compounding their distrust: the political calls to ban flavored nicotine products even though the vast majority of illnesses identified appear to involve people who were vaping THC.

They see a government out to quash nicotine vaping because its popularity with teens has caused a public outcry, ignoring the adults who find it a pleasing alternative to cigarettes. When it comes to vaping, they have stopped looking to the CDC for advice.

Debbye Saladine-Thompson is a registered nurse in Michigan who was a smoker for 32 years before she switched to vaping. She now manages the Michigan Facebook page for Consumer Advocates for Smoke-Free Alternatives Association (CASAA), a nonprofit that advocates for access to e-cigarettes and receives industry funding.

“I do not trust the CDC. Not anymore” Saladine-Thompson said. “I cannot trust an agency that says the product that I and so many people have been using for 10 years and hasn’t caused one death is now causing hundreds of illnesses. No, I do not believe that.”

Online vaping forums are roiling with accusatory messages suspicious of the government response. In Facebook groups, including one called ‘BLACK MARKET THC CARTRIDGES CAUSED THIS QUIT LYING ABOUT VAPOR PRODUCTS,’ vapers have expressed outrage over the bans on nicotine products while cigarettes remain readily available. They’re organizing phone calls to legislators and rallies at state capitols. “The people we trust in protecting US the USA Americans, have gone against US! We really need to get a MILLION (maybe 20 million) Vapor march in every state and march to our capitals,” one member wrote.

“We’re living and dying by these decisions,” said Kristin Noll-Marsh, the member coordinator for CASAA who moderates the group’s national Facebook group and is adamant that people who use vaping as a way to quit smoking should not return to cigarettes. “This vaping panic of 2019 is gonna go down in the history books as being like flat Earth, bloodletting and burning witches.”

Tonya Burgess, a 24-year-old from Crown Point, Ind., said she started vaping two years ago to quit smoking. The broad focus on all forms of vaping has made her feel targeted by government officials, who she feels essentially are suggesting she go back to smoking. “I spent my whole life trusting the government, and now I’m wondering, what’s going on?” she said. 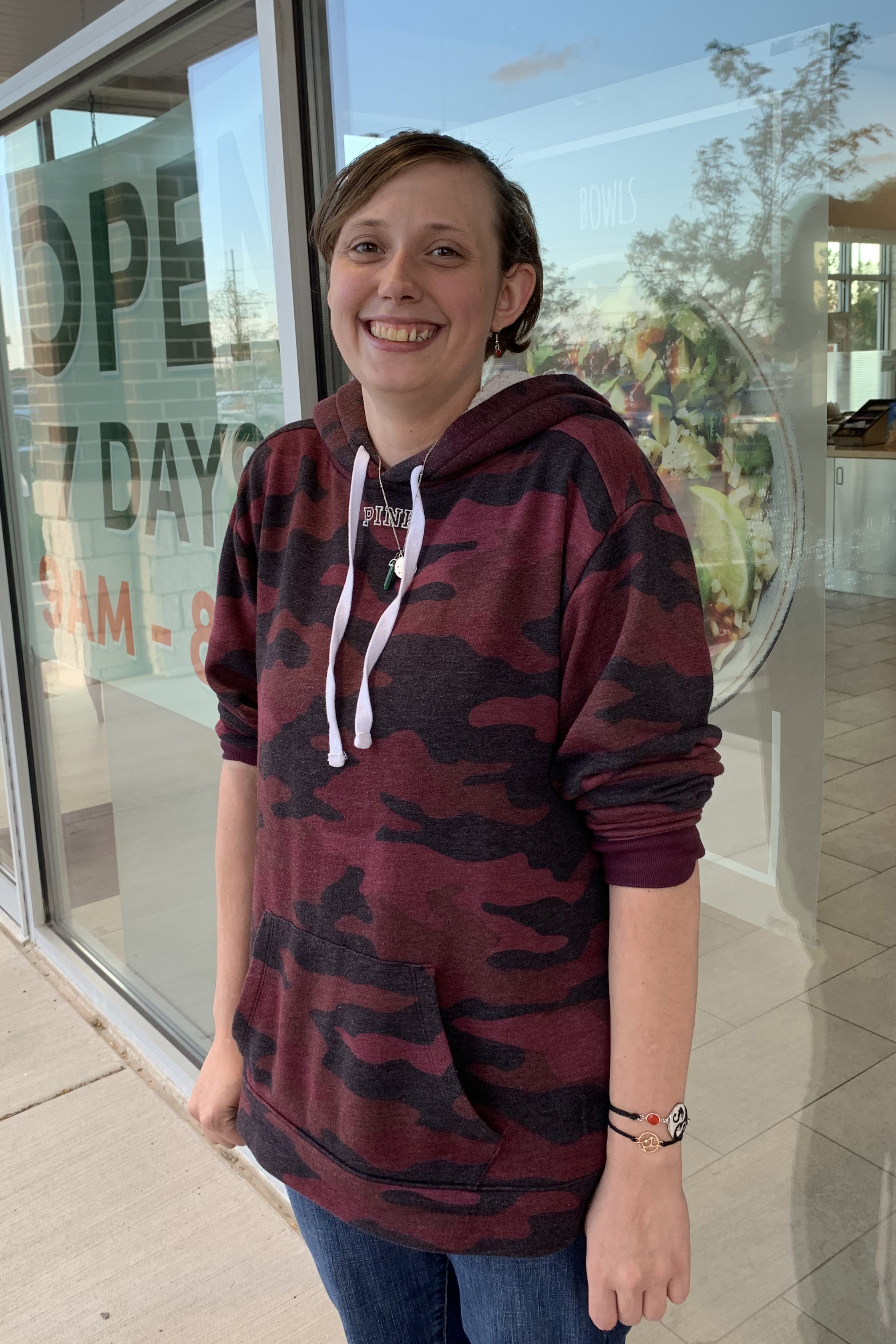 Throughout the outbreak, the CDC has said that people who vape to quit smoking should not return to cigarettes. But the emphasis on all vaping devices drowns out that warning, said Dr. Michael Siegel, a professor at Boston University and proponent of e-cigarettes as a smoking cessation tool.

“In an outbreak investigation like this one, you have to be as specific as possible if you want people to listen. If you say ‘Just don’t vape,’ that’s not telling anyone anything they don’t already know.”

Many also are critical of the messaging used by the CDC, states and some media outlets, saying they are out of touch with vaping culture and its terminology. Public officials often use one word — e-cigarettes — to describe what to people who vape is a wide range of products with different names.

People who see headlines about illnesses linked to “e-cigarettes” may not know it applies to them, said Jim McDonald, a journalist with Vaping360, a consumer news site. “Cannabis vapers don’t use the term e-cigarettes. They never, never use that term.”

Even among e-cigarettes, a term many equate with nicotine delivery devices, people differentiate between cartridge-based devices like Juul and the handheld “mods,” which tend to be larger and produce more vapor. E-liquids can come prepackaged in ready-to-use form or can be mixed in stores or at home. Whether cannabis is legal and regulated also varies among states.

The problem with the alternative narrative, say doctors who are treating patients, is that it’s not clear whether only illicit THC is to blame. Dr. Dixie Harris, a critical care pulmonologist with Intermountain Healthcare in Utah, has been reporting five to seven cases a week for the past six weeks. While many patients have reported using illicit THC, she also has had patients who have fallen ill after using products purchased at licensed medical dispensaries in states where cannabis is regulated. One patient swore he’d vaped only nicotine purchased from the same vape shop he has used for seven years.

A new study looking at lung tissue samples from 17 patients found the damage resembled chemical burns and included two samples from people who fell ill before the outbreak. The findings cast doubt on a popular theory that vitamin E oil, which has been used as a thickening agent in THC oil, is the culprit.

The investigation is challenging on many fronts. Vaping — both legal and illicit, nicotine and cannabis — has exploded in the past few years with little regulation. There are hundreds of products, do-it-yourself kits and home brews. The potential culprits are many: popular flavorings in nicotine vapes never tested for inhalation. Oils used to dilute THC. Contaminants. Pesticides. Possible toxic residue from the containers themselves.

The CDC is grappling with a dearth of information. The process of alerting the many agencies and entities involved — doctors, hospitals, law enforcement, public health departments — has been slow.

Among 86 cases in Illinois and Wisconsin, where the outbreak first was identified and investigators are further along in their work, people reported using 234 different products involving both nicotine and cannabis, according to a report published last month. Those products, in turn, involved a variety of brands, numerous supply chains and packaging without listed ingredients.

Dr. Anne Schuchat, principal deputy director of the CDC, said the agency wasn’t narrowing the investigation only to cannabis, stressing it needed to “have an open mind” to understand the possible risks.

“Personally, with all the data that I’ve been seeing,” Schuchat said Friday, “I don’t know what ‘safe’ is right now.”