As Wei Wei Lee sat with her doctor to discuss starting a family, she felt a “distance” between them. The physician was busy on the computer and focused on the screen. 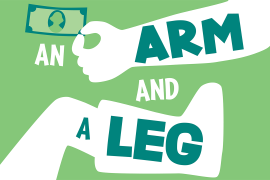 It seemed as though keeping a record of the conversation was more important to the doctor than making a connection with Lee.

It wasn’t the experience she wanted, but she could relate: Lee is Dr. Wei Wei Lee, a primary care physician with the University of Chicago Medicine.

When she first started using electronic health records (EHRs) in the exam room, Lee struggled too. She would apologize to patients for not giving them her full attention. And Lee spent valuable patient time trying to toggle between tasks on the computer, she said.

Electronic health records can help reduce medical errors, but when not used well they can strain the doctor-patient relationship.

But medical providers — and patients — can learn skills to keep communication flowing even when there’s a screen in the room, Lee said.

Improving doctor-patient communication is the topic of this week’s episode of the podcast “An Arm and a Leg.” Kaiser Health News co-produces the podcast.

KHN spoke with Lee about her survey of patients at the University of Chicago Medicine. Lee found that the vast majority of them were satisfied with doctors using computers in the exam room. But some people felt the focus of their appointments had shifted away from them. And the medical provider’s body language sometimes made communication more difficult:

Those “awkward silences” can have consequences, Lee said.

“
Most patients want to go to the doctor to feel that they’re heard and really be able to talk to the doctor about what’s bothering them. When the computer is not used well, often it can make that patient less likely to go back to that physician if they felt like there was a disconnect in the way that they communicated. Other things that can happen are medical errors. If the doctor is more distracted during that visit, they may put in wrong orders for medications or not record a part of the history that is pertinent.

Lee and colleagues developed strategies to help physicians better relate to their patients while also working with a computer. There’s now a curriculum to teach clinicians how to use EHRs in a “patient-centered” way.

“
A lot of it has to do with behaviors and skills that are not rocket science. For example, starting off the visit completely technology-free. Greeting your patient. Honoring that golden minute. Establishing rapport and conversation in that first minute can really go a long way. And then another thing that’s been found to be very helpful is screen-sharing.

So what does effective screen-sharing look like? Instead of placing the computer between the patient and doctor, the physician can move his or her chair next to the patient so they are sitting side by side, Lee suggested. Then, the computer is positioned in front of both of them — to form a triangle.And if a computer is still getting in the way of conversation, Lee says patients shouldn’t hesitate to speak up. Her team developed a comic using a simple ABC mnemonic to teach people those skills. Ask To See The Screen. Become Involved. Call For Attention.

I think speaking up and calling for that attention is a way to continue to build that relationship with their doctor because it may be a behavior that the physicians aren’t aware of. There may be times when they’re talking about a sensitive topic or issues that have come up that they want the physician’s undivided attention. In those moments, I think it’s OK to say, “Is it OK if we just talk without the computer for a few minutes?”

I think that goes a long way to also just signaling to the physician that there is something that the patient really finds important. 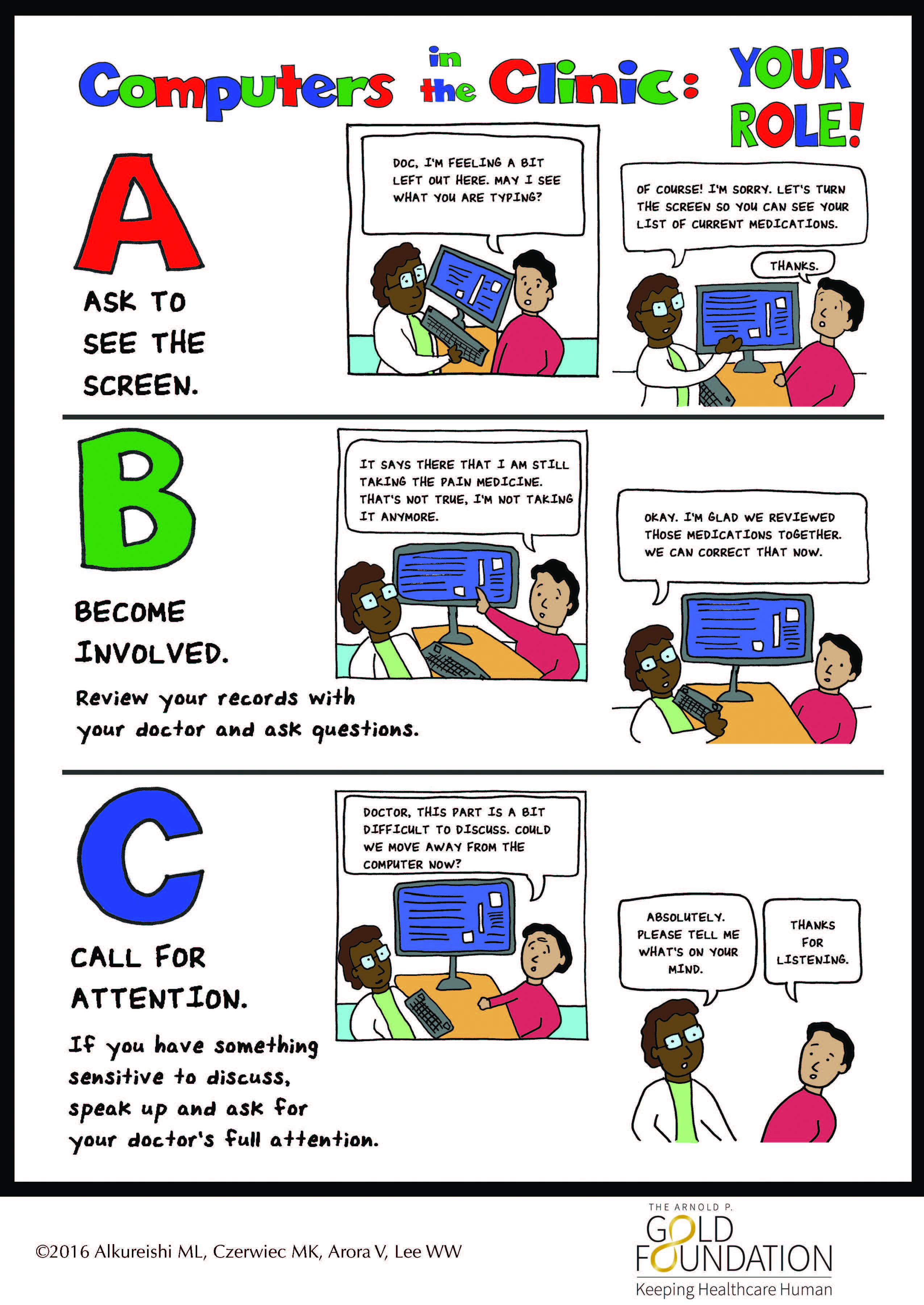