John Cox stood on a presidential debate stage and told the audience that he was glad abortion wasn’t legal in 1955.

If it had been, he said, he wouldn’t have been born.

“I wouldn’t be standing here before you today. This is personal to me,” Cox said in the 2007 GOP presidential primary debate, explaining that his biological father walked out on his mother.

“My mother took responsibility for me,” he said. “She’s glad she did, and I’m glad she did.”

Cox, California’s Republican candidate for governor, frequently invoked his anti-abortion views during his unsuccessful political bids for Congress and president. He unapologetically framed himself as the anti-abortion candidate – a Christian who believes in the right to life, and whose “absolute opposition to abortion on demand” was born from his mother’s circumstances.

Cox has been less vocal about his abortion views in blue-state California, where Republicans, Democrats and independents overwhelmingly favor a woman’s right to choose. But his argument that it is an issue of personal responsibility provides a window into Cox’s thinking when it comes to health care overall: He contends that free markets, combined with people taking responsibility for their actions, ought to guide health care policy — and that government should mostly stay out of it.

His views on health care contrast starkly with those of the Democratic gubernatorial nominee, Lt. Gov. Gavin Newsom, who calls for health care coverage for all Californians, and supports the creation of a single-payer, government-run health care system financed by taxpayers. In the latest Public Policy Institute of California poll released in late September, Cox trailed Newsom by 12 percentage points among California’s likely voters, with 7 percent undecided.

As a candidate for governor, Cox has not released detailed health care positions. Nor would he agree to an interview with California Healthline to explain his views or allow those closest to him to comment.

More From Our 2018 Elections Coverage 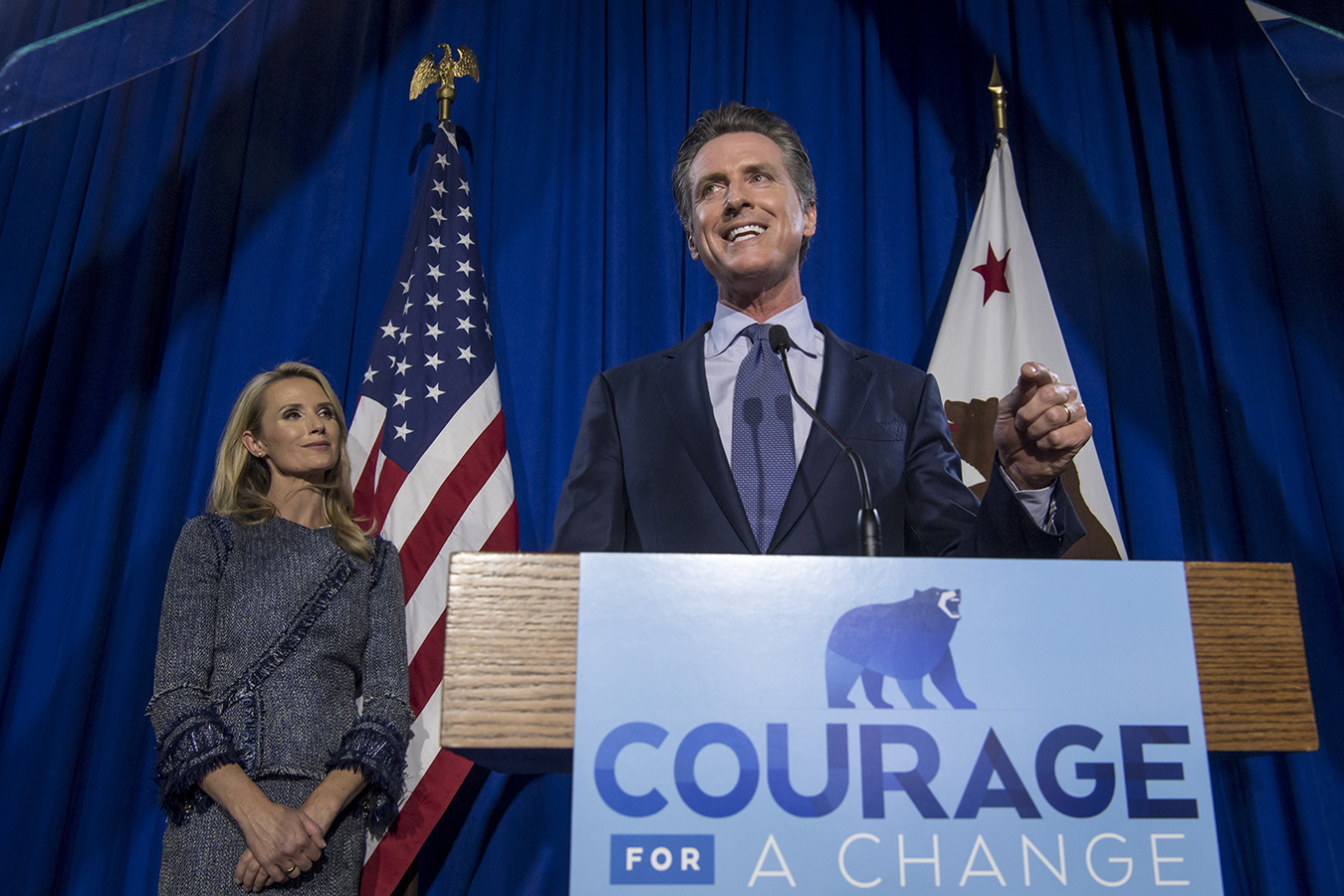 On Monday, with less than a month before the election, Cox issued a statement following a live gubernatorial debate saying that he supports affordable health care for everyone, including those with preexisting conditions. He again failed to provide any specifics.

A review of his statements, old and current campaign websites, and interviews with previous campaign aides portrays a successful businessman who believes in limiting government in health care and in general — a political philosophy inspired by Jack Kemp’s focus on free enterprise, fiscal conservatism and family values during the 1988 presidential campaign.

Cox, who grew up in a Chicago suburb he describes as lower-middle class, became a successful tax attorney, investor and developer before getting involved in Illinois Republican politics. He didn’t do as well in that arena: He ran unsuccessfully for Congress — the House in 2000 and the Senate in 2002 — and for Cook County Recorder of Deeds in 2004 and president in 2008.

“John is a principled guy. He didn’t come from much and he did very well,” said Nicholas Tyszka, who was Cox’s campaign manager in his U.S. Senate bid. “He’s certainly more of a limited-government guy who believes if you give people an opportunity to do good things, they will.”

Cox, 63, settled in California permanently in 2011, and now lives in the affluent San Diego suburb of Rancho Santa Fe.

He has spent much of his campaign lamenting California’s high cost of living, along with the recent gas tax increase that he is encouraging voters to repeal in November.

Cox’s mindset of limited government, combined with his conviction of personal responsibility, feeds his argument that competition is the answer to rising health care costs, high prescription drug prices and nurse shortages.

“I’ve heard him say many times health care should be run more by the free markets and the federal government should have less involvement,” said Phil Collins, a Republican county treasurer candidate in Nevada who worked on two of Cox’s campaigns in Illinois.

In Monday’s statement, Cox complained that “our current system was designed by political insiders and health care corporate lobbyists to protect their monopoly profits, not to provide decent health care at a reasonable price.”

Cox said previously that, if elected governor, he isn’t interested in defending the Affordable Care Act, and that if Congress and the Trump administration were to repeal the law, the millions of Californians who now have coverage could go into high-risk insurance pools. That could increase the ranks of the uninsured.

In the hour-long debate Monday hosted by KQED, a San Francisco National Public Radio affiliate, Newsom challenged Cox’s desire to repeal the ACA and criticized his abortion views when asked how the confirmation of Brett Kavanaugh to the U.S. Supreme Court could affect California.

“It could have a profound impact on Californians, on their reproductive rights, which you believe a woman does not have a right to choose, regardless whether or not they are raped or a tragic incident of incest,” Newsom said.

Cox, who has dodged questions about his views on abortion during the gubernatorial campaign, did so again during the debate, saying only that he would appoint justices in California who will respect the U.S. and state constitutions.

“The things I’ve seen him say are very much aligned with what we hear coming out of the Trump administration and the Republican leadership of Congress,” said Dr. Andy Bindman, a primary care doctor at Zuckerberg San Francisco General Hospital and professor at the Philip R. Lee Institute for Health Policy Studies at the University of California-San Francisco who helped draft the Affordable Care Act.

When the state legislature this year considered bills that would have opened Medi-Cal, California’s Medicaid program, to unauthorized immigrants between ages 19 and 25, as well as those 65 and older, Cox went on national television to call the Democratic plans a “freebie” and told Fox News that “our government has been grabbed by a bunch of people who believe that government is the most important thing.” The bills died in the legislature.

Cox has also criticized Newsom for advocating both a single-payer system, which he says would destroy California’s economy, and health coverage for unauthorized immigrants.

“Gavin Newsom wants to make problems even worse, by increasing the costs of health care of Californians and then rewarding those who cut in line,” Cox said in an August news release. “If we want to see how Newsom’s government health care would work, just look at the DMV.”

If elected governor, Cox said in his post-debate statement, he “will break up the health care corporate monopolies, make insurance companies compete and turn patients into consumers with power over their health care dollars.”

He declined to provide any details in response to questions submitted to his campaign.

Bindman said Cox is taking a page out of the national Republican playbook — bash the Affordable Care Act without offering solutions.

“John Cox is not talking a lot about health care other than saying what he’s against because he doesn’t have any viable alternatives that ensure people retain coverage,” Bindman said.

But over the years, Cox has made suggestions that display his confidence in free markets to solve problems. What exists now, he argued in his 2006 book, “Politic$, Inc.,” is an “illogical system” where insurance companies and government have taken over individual patient care.

The solution, Cox argued both in his book and on his website as a presidential candidate, would be to end the federal tax deduction for employee health insurance, opening the door to more competition and lower prices. Like auto insurance, consumers ought to be able to choose their own health insurance plans in a free market, he said.

The poor could benefit from a limited government voucher program, he proposed, one with incentives to save money and get preventive care, as well as health savings accounts that encourage consumers to find care at the most reasonable cost.

“Wealthier people may well have better choices, but that should be one of the awards for upward mobility,” he wrote.