In an ongoing effort to control prescription drug costs, states are targeting the companies that mediate deals among drug manufacturers, health insurers and pharmacies. The pharmacy benefit managers say they negotiate lower prices for patients, yet the nitty-gritty occurs largely behind a curtain that lawmakers are trying to pull back.

In Mental Health Crises, a 911 Call Now Brings a Mixed Team of Helpers — And Maybe No Cops

More communities are creating teams of health care providers to respond to mental health crises instead of cops, a shift propelled by nationwide demonstrations against police brutality. But the shapes of those mobile crisis response teams vary because the movement is still in an experimental stage.

Only One Vaccine Is OK’d for Older Teens. It’s Also the Hardest to Manage in Rural America.

Of the three covid vaccines the U.S. government has authorized, only one is available to 16- and 17-year-olds: the Pfizer shot. It’s also the most complicated to manage in rural settings, with their small, dispersed populations. That forces some teens and their families to travel long distances for a dose — or go without.

Access to physician-assisted death is expanding across the U.S., but the procedure remains in Montana’s legal gray zone more than a decade after the state Supreme Court ruled physicians could use a dying patient’s consent as a defense.

Montana’s pick for health director has garnered both praise and criticism for his past in Kentucky, where he sought to add work requirements to the state’s Medicaid program and was a top health official amid a hepatitis A outbreak.

With GOP Back at Helm, Montana Renews Push to Sniff Out Welfare Fraud

Montana is one of the latest states looking to aggressively check welfare eligibility to cut costs. Supporters of such steps say it’s about what’s fair — weeding out those who don’t qualify for assistance — while opponents say it will cut loose enrollees who actually need help.

As the newest federally recognized tribe, the Little Shell Tribe of Chippewa Indians of Montana is starting from scratch to deliver health care to members. While covid-19 has been devastating, it has sped up the tribe’s ability to build a clinic. Yet, lacking a reservation, the tribe faces challenges reaching its scattered members.

People with intellectual and developmental disabilities are more likely to have medical conditions that make covid especially dangerous. But a lack of federal tracking means no one knows how many people in disability group housing have fallen ill or died from the virus.

Everyone is trying to figure out how relationships work in the time of covid. That includes a Bozeman, Montana, couple who suddenly found themselves in a long-distance relationship when the pandemic sent their group homes for adults with disabilities into lockdown.

It typically takes years of persuasion to change habits in the name of health safety. Local officials who are stuck with the responsibility of enforcing statewide pandemic-related mandates are trying to transform behavior fast. 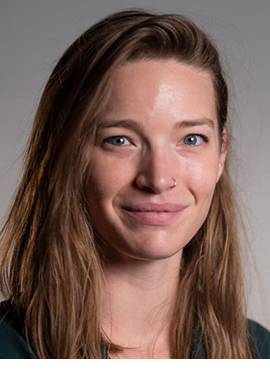 Katheryn Houghton, Montana Correspondent, is covering all things health care across the state for KHN. That includes health policy and politics, access to treatment, and the business of health care. She owes her health reporting start to years spent in daily newsrooms, including those of the Bozeman Daily Chronicle and the Daily Inter Lake. She’s been an Association of Health Care Journalists fellow and a Solutions Journalism Network grantee. She is a graduate of the University of Montana.